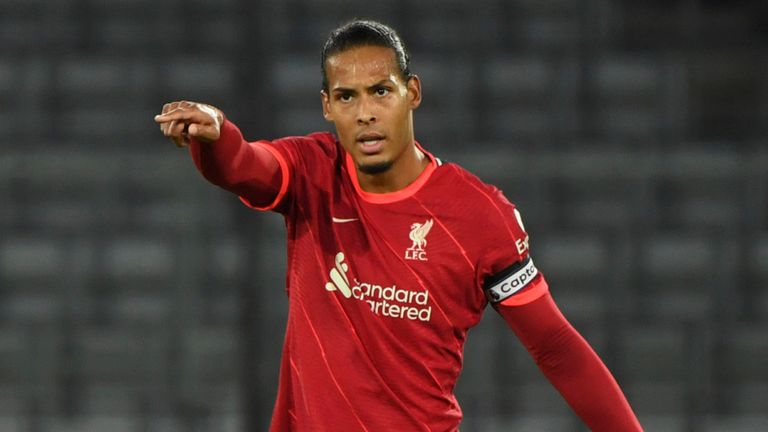 Liverpool defender Virgil van Dijk has extended his contract with the club until the summer of 2025.

The Netherlands captain, 30, joined Liverpool from Southampton for £75m in January 2018 and was due to be out of contract in June 2023.

Van Dijk made his comeback to first-team action in pre-season after nine months out with a serious knee injury sustained in October’s Merseyside derby.

“All the hard work we’ve put in so far continues and I am looking forward to what the future brings together with Liverpool. I’m delighted, very happy and proud,” Van Dijk said.

Will Liverpool get their mojo back?
Premier League new signings to watch
Writers’ Verdicts: Who Will Win the Premier League?

The centre-back has made 130 appearances in all competitions, scoring 13 goals, for the Reds since his arrival and was a big absence as Jurgen Klopp’s side were unable to successfully defend the Premier League title last season.

“Since day one when I joined the club, I felt so much appreciation from the fans and from my teammates and the staff, that I could be a very important member of this football club,” said van Dijk, who has also won the Champions League, UEFA Super Cup and FIFA Club World Cup with Liverpool.


Trent Alexander-Arnold hails Virgil van Dijk as a dominant leader within the dressing room and says his return from injury will be a huge boost for Liverpool going into the new season.

“It has been going well; unfortunately the last season for me personally has been a season to forget, to learn from and take with me, but I have enjoyed my time here and will keep enjoying it in the next couple of years altogether with all of you.”

Van Dijk follows established Liverpool regulars Alisson, Fabinho and Trent Alexander-Arnold in committing to a new deal at Anfield ahead of the new season.

Van Dijk added: “I feel like I am ready for the weekend, so we’ll see what the manager decides. It is going to be a totally different atmosphere and mindset for me personally as well.”