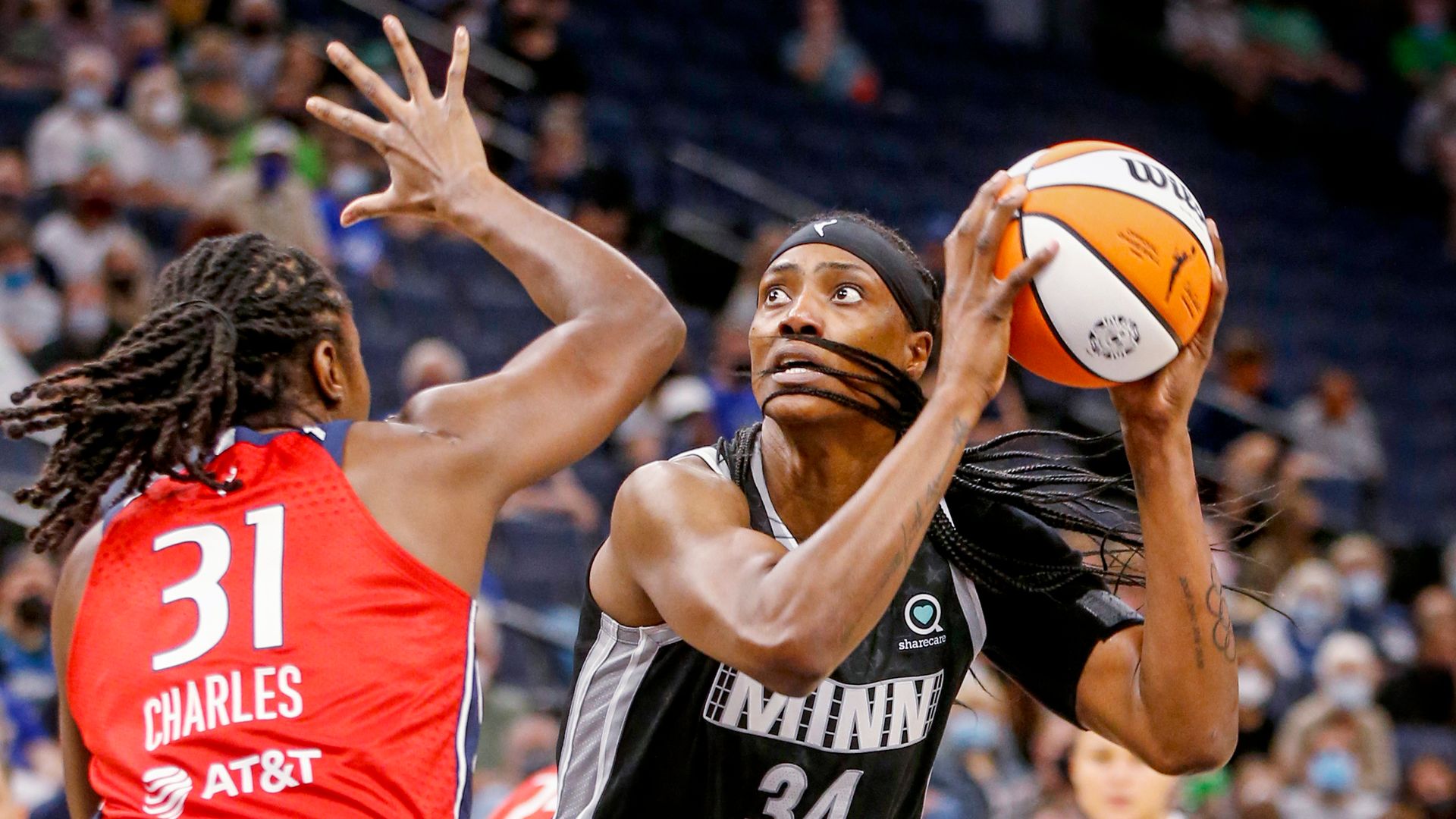 The Minnesota Lynx are surging into the postseason and head into Sunday’s regular-season finale against the host Washington Mystics aiming to tie up the third seed in the WNBA playoffs.

The Mystics, meanwhile, are locked in a three-way struggle for the eighth and final playoff berth and need a win to edge out both the Los Angeles Sparks and New York Liberty.

We will have the game free to watch on Sky Sports’ YouTube channel from 8pm.

Minnesota (21-10) moved ahead of the reigning league champion Seattle Storm after posting its eighth win in the last nine games, a 92-73 rout of the Indiana Fever on Friday.

Sylvia Fowles led the way with 21 points and 10 rebounds for the Lynx.

“Extremely proud of these young women, just putting their bodies out there on the line to just get it get done any way they can,” Fowles said of her team. “Just from the start to now, to see where we’ve come from, I’m very excited. I’m very proud.”

Minnesota opened the season with four straight losses while dealing with a variety of personnel issues, including Napheesa Collier’s quarantine while returning from playing in France. Aerial Powers only recently returned from thumb surgery, but has provided a reliable scoring punch during the Lynx’s late-season charge.

“We wanted to make sure we could control our own destiny,” Lynx coach Cheryl Reeve said in her postgame press conference. “Everything we got, we had to really earn.”

While Minnesota clinched a first-round bye on Friday night, Washington (12-19) failed to lock up a playoff spot despite having the opportunity to do so. The Mystics dropped a 91-80 decision to New York, who must hope both Washington and Los Angeles lose on Sunday to snatch the eighth seed for their own, despite not playing.

The Sparks, on the other hand, must beat the Dallas Wings on the road (who have already secured the seventh seed) and hope Minnesota hold off Washington to claim the final playoff spot for their own.

Tina Charles has had an MVP-caliber season for the Mystics, averaging a league-leading 23.7 points per game in addition to 9.4 rebounds. Washington, however, has struggled to find consistency amid a rash of injuries.

Former league MVP Elena Delle Donne returned from a nearly two-year absence in August before going back to the sideline after just three games and the team are just 2-4 in the last six games, including a 93-75 loss to Minnesota on September 4.

On Sunday at 8pm, however, they will have revenge on their minds and their season on the line.