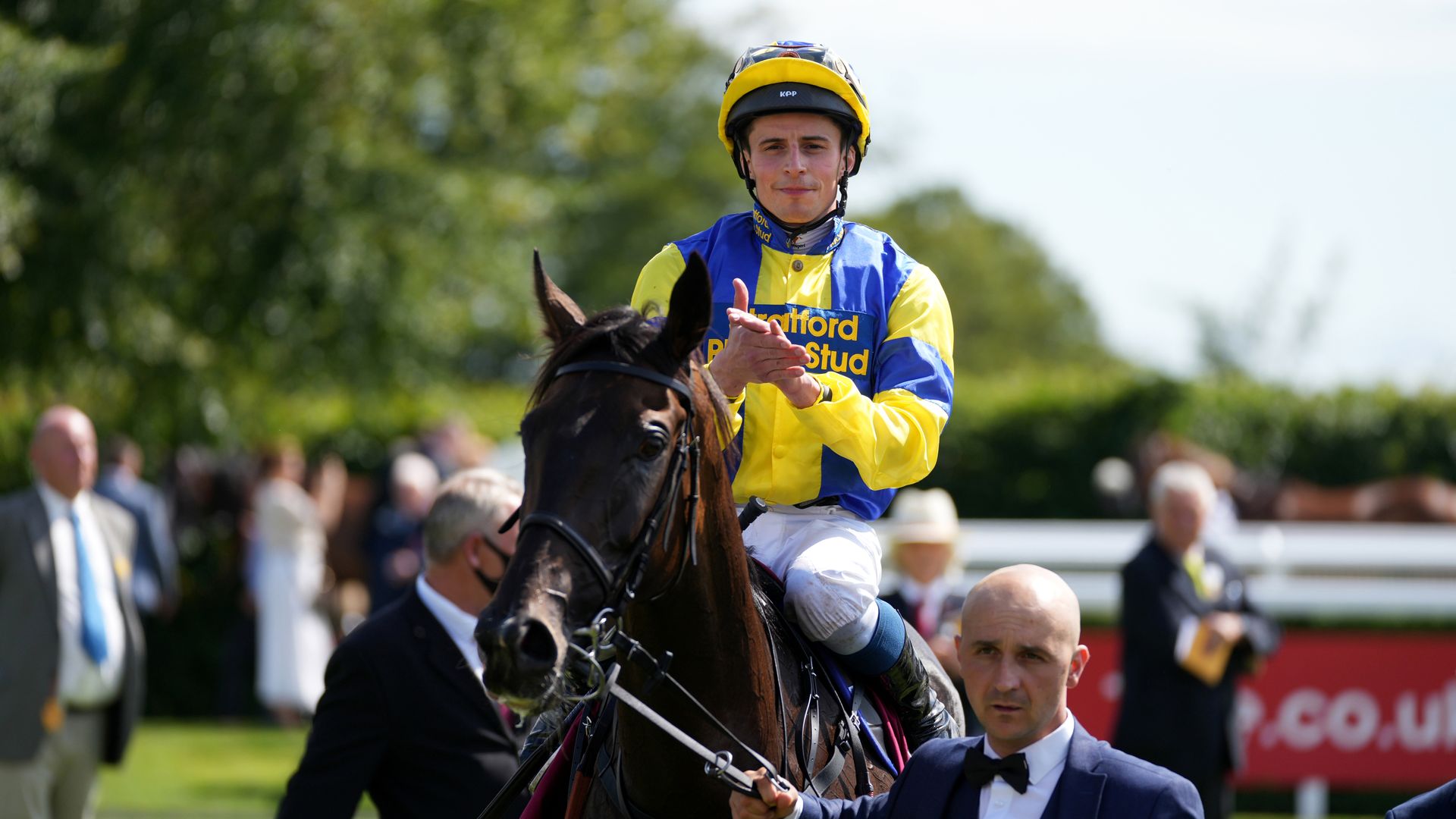 Snowfall will face Wonderful Tonight as she bids to bring up an Oaks treble in the Darley-sponsored Yorkshire version on the Knavesmire on Thursday.

Aidan O’Brien’s Snowfall has improved out of all recognition this season for being stepped up in trip. She began her three-year-old campaign with a very impressive victory over 10 furlongs at York in the Musidora and has since won two Classics.

First she powered through the rain to win the Cazoo Oaks at Epsom by 16 lengths before adding the Irish Oaks, where she triumphed by eight and a half lengths.

She will, however, face by far her toughest test to date in David Menuisier’s popular four-year-old Wonderful Tonight – herself a dual Group One-winner last season.

This term she has won the Hardwicke Stakes at Royal Ascot and the Lillie Langtry at Goodwood.

Wonderful Tonight sets a high standard but she must concede a 9lb to Snowfall.

Menuisier had alternative options in France for Wonderful Tonight, but has decided to head for the Knavesmire.

He said: “Obviously I’m hoping there’s a bit more rain, but if the ground is good we’ll give it a go.

“I’ve been in Deauville for four or five days and I’ve found that the ground is pretty chopped up. The weather forecast is not that positive for downpours and I’m sure the ground will be better in York than it is in Deauville.”

Menuisier revealed a fortnight ago that he had booked leading French jockey Olivier Peslier to ride Wonderful Tonight in October’s Prix de l’Arc de Triomphe, with William Buick – who has steered her to her last three victories – likely to be required to ride for Godolphin .

The Newmarket-based Frenchman had hoped Peslier would also be available to partner his stable star in her prep races for Europe’s premier middle-distance contest, but Buick will be on board on Thursday.

Explaining the reasoning, Menuisier added: “William has been riding her in the UK first of all and Olivier just had a little operation yesterday (Monday) – he had to get a little chip removed in his knee.

“Olivier is actually sidelined for a week or 10 days and I’m delighted to have William on board on Thursday.”

John and Thady Gosden run their Ribblesdale winner Loving Dream and she will meet Roger Varian’s Eshaada once again, who was second to her at Ascot.

Owner Kirsten Rausing runs the Ralph Beckett-trained Albaflora rather than Sir Mark Prescott’s Alpinista, who was second to Love in the race last year.

Andrew Balding’s Sandrine is the star attraction in the Sky Bet Lowther Stakes.

She has been very impressive to date in winning the Albany at Royal Ascot and the Duchess of Cambridge Stakes at Newmarket, striking up a good partnership with David Probert.

Ismail Mohammed’s Zain Claudette and the Stuart Williams-trained Desert Dreamer dominated the finish to the Princess Margaret Stakes at Ascot and clash again.

Hello You has her first start for David Loughnane since leaving Beckett, while Karl Burke’s Illustrating is another likely contender given the way she won at Goodwood.