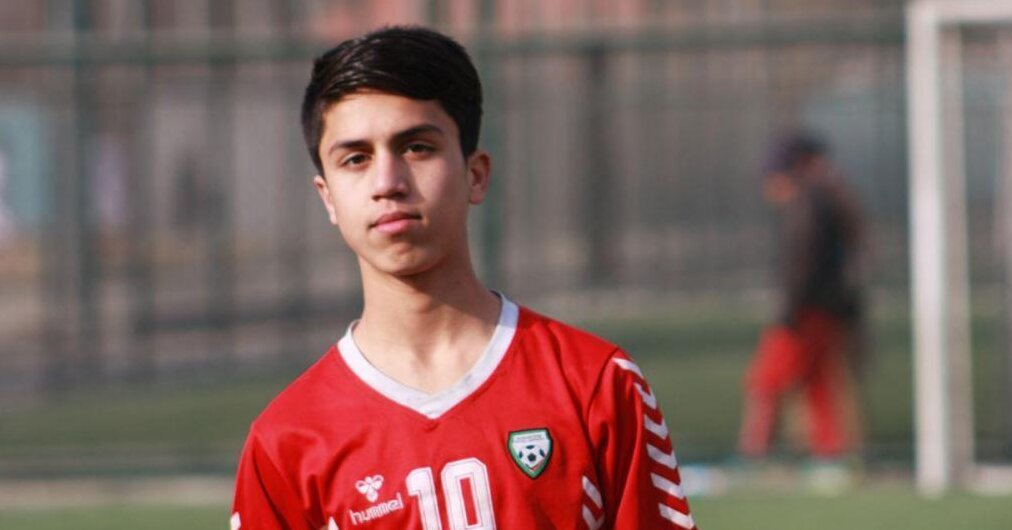 A member of Afghanistan’s national youth soccer team was among the people who were killed as they tried desperately to cling to a U.S. military plane evacuating people from Kabul, the country’s official sports federation said Thursday.

His name was Zaki Anwari, and he was 17.

On Monday, a crowd of Afghans surged onto the tarmac of the international airport in the frantic scramble to escape a country newly overrun by the Taliban. In a scene that shocked the world, and in just one wrenching moment encapsulated the chaos of America’s exit from Afghanistan, some of them chased aircraft carrying Americans and tried to climb onto their sides, wings and wheels.

The young soccer player was among them, the federation said.

“Anwari was one of hundreds of young people who wanted to leave the country and, in an incident, fell off an American military plane and died,” the group said in a statement on Facebook.

The sports community of Afghanistan was in grief, the statement said. It wished Zaki a place in heaven and offered a prayer that God grant his family, friends and teammates peace and patience as they mourn.

The federation posted photos of Zaki wearing his team’s red jersey — he was No. 10 — and standing on a soccer field. Another photo showed him in a suit and tie. Beside them were photos of an airborne U.S. military plane with what appeared to be a falling body and a single red rose.

Video taken on Monday showed at least two bodies dropping to the ground from an airplane shortly after it took off. The Pentagon confirmed that two people had died falling from the plane, and body parts were discovered in the landing gear of the aircraft after it landed in Qatar.

In a telephone interview on Thursday from Kabul, Aref Peyman, the head of media relations for the sports federation and for Afghanistan’s Olympic Committee, confirmed Zaki’s death.

Mr. Peyman said Zaki came from a low-income family in Kabul and had worked very hard to achieve his dream of being on the national soccer team while also attending school.

“He was kind and patient, but like so many of our young people he saw the arrival of the Taliban as the end of his dreams and sports opportunities,” Mr. Peyman said. “He had no hope and wanted a better life.”

Many Afghans took to social media to voice shock and anger.

“Shame on the Taliban,” wrote Marzieh Zal on the federation’s Facebook page.

“Rest in peace dear Zaki, I cannot believe you are not with us anymore,” wrote Mohammad Sharif Ahmadi in another post.

The rapid collapse of Afghanistan to Taliban control set off panic among many Afghans, including athletes, who feared a return of extremist religious rule would bring about the end of their careers and other opportunities.

One Olympic athlete, the sprinter Kamia Yousufi, 25, who carried Afghanistan’s flag at the Olympic opening ceremony in Tokyo, has since fled to Iran, media reports said. Mr. Peyman confirmed those reports.

President Biden has come under sharp criticism for how the U.S. military has withdrawn from Afghanistan after a 20-year occupation. Mr. Biden has defended his handling of the exit. In an ABC News interview, he was also asked about the people who died clinging onto the plane and dismissed the question.

“That was four days ago, five days ago,” he said.