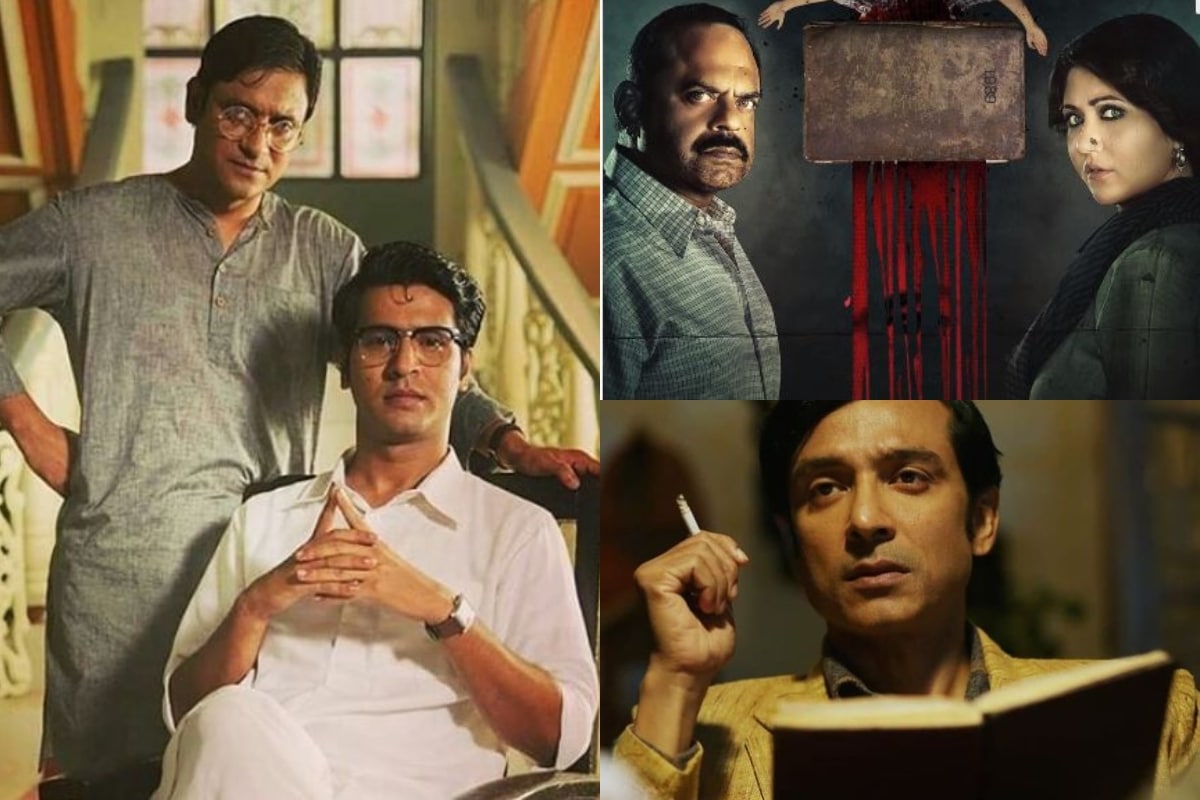 The Bengali film industry has quite a lot to offer to thriller lovers. From detectives solving whodunnit mysteries to journalists chasing the identity of a serial killer, take a look at these Bengali web series of recent times that will keep you glued to your screens.

Based on the Bengali sleuth Byomkesh Bakshi created by Sharadindu Bandyopadhyay, the series chronicles the adventures of the detective (played by Anirban Bhattacharya) with his sidekick and biographer Ajit (Subrat Dutta). Set in 1930s Calcutta, the mysteries that the sleuth encounter in his cases and the way he uses his wit to figure them out is a treat to watch. Apart from the thrills that the cases provide, the series has a layer of drama, love, friendship and complex human emotions entwined in it.

Feluda Pherot is another detective series, based on the Bengali sleuth Prodosh Chandra Mitra or Feluda created by Satyajit Ray. The first season is based on the story Chhinnamastar Abhishap (The Curse of the Goddess) which shows Feluda, along with his sidekick Topshe and friend Lalmohan Ganguly, figure out the mystery of his client’s death. Meanwhile, a tiger from the Great Majestic Circus is also on the loose and there seems to be some connection between the tiger’s trainer and the murdered man. The series is directed by Srijit Mukherji and stars actor Tota Roy Chowdhury in the titular character and Kalpan Mitra and Anirban Chakraborty as Topshe and Lalmohan Ganguly respectively.

Inspired by true murder events that had occurred between 1985 and 1989 in Mumbai and Calcutta, the series revolves around a journalist who is curious to find out details about the serial killer, also known as the Stoneman. The unidentified serial killer had murdered at least 13 people in Calcutta during the 80s and is also credited with similar kinds of murder that had happened in Mumbai. The series stars Rajatabha Dutta, Rupankar Bagchi and Swastika Mukherjee in pivotal roles.

Actor Rajat Kapoor’s debut Bengali web series, Shobdo Jobdo is based on a successful thriller writer whose present is haunted by his past. What exactly are those hidden incidents that have disrupted the writer’s life forms the crux of the story. The series stars Payel Sarkar, Mumtaz Sorcar and Subrat Dutta in pivotal roles.

Initially planned as a film and later released as a series, Rahasya Romancha deals with various themes over its three seasons. The storylines revolve around a crime boss running an organisation of hired killers and a private investigator with a rare neuropsychiatric condition in which the patient denies the existence of one’s own body. It is directed by Abhirup Ghosh and has an ensemble cast of Priyanka Sarkar, Rudranil Ghosh, Kanchan Mullick, Saayoni Ghosh and Biswanath Basu.