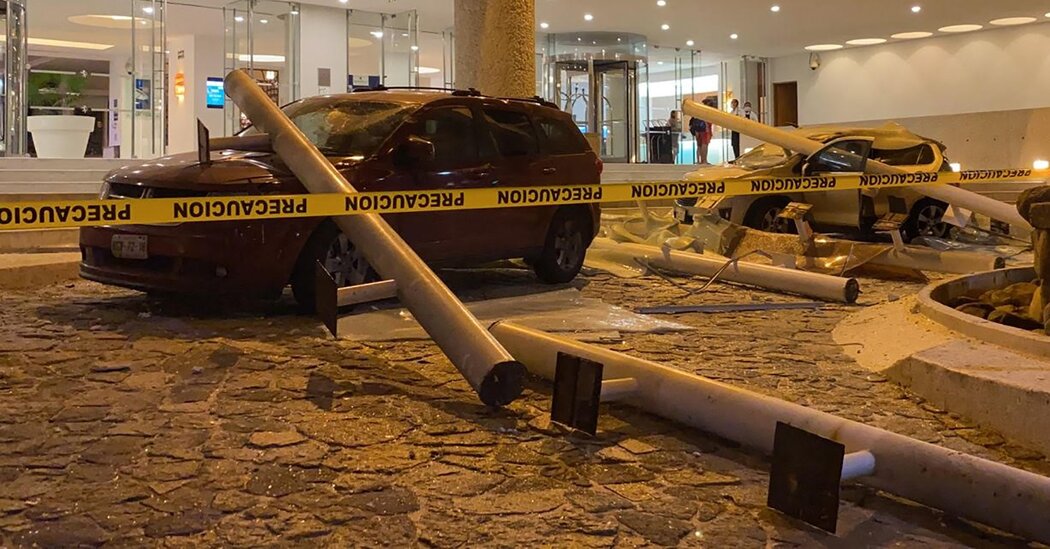 Power lines and buildings in the capital swayed as the ground moved for several seconds, and residents rushed outside to seek clear ground. There were no immediate reports of casualties, although some neighborhoods were left without power, according to the head of the Mexico City police.

The civil protection agency for Guerrero State, where Acapulco is, said the quake had struck eight miles southeast of the port and resort city and had led to power and phone outages. Rockfalls and landslides onto roads in the state were also reported, according to Reuters.

The U.S. tsunami warning system issued a tsunami threat for Mexico. It said no U.S. states were at risk.

The United States Geological Survey said the quake, which it measured at 7.0, was very shallow, only 7.8 miles below the surface, which would have amplified the shaking effect.

However, authorities across Mexico said the immediate effects of the quake on infrastructure had been limited.

“There are no serious damages,” President Andrés Manuel López Obrador said in a video posted to Twitter, adding that he had spoken to state and local authorities in the affected areas. “Fortunately, we do not have any information about loss of life at this time.”

The mayor of Mexico City, Claudia Sheinbaum, said that the capital’s subway system was back up and running after services were briefly shut down because of the quake. A newly installed cable car in the working-class neighborhood of Iztapalapa, which could be seen swaying violently during the quake in a videos shared online, was also back in service, Ms. Sheibaum said.

Mexico City is no stranger to earthquakes, with residents in the capital accustomed to regular, and occasionally deadly, seismic activity thanks to the country’s position near colliding sections of the earth’s crust.

Last year, a 7.5 magnitude earthquake struck the Pacific coast of Mexico and shook the rural state of Oaxaca, killing at least six people and damaging some 500 homes. This followed a devastating quake in 2017, which toppled buildings and left hundreds dead, including children who were buried under a collapsed school.

Still, Mexican authorities have improved construction codes and warning systems significantly since the devastating earthquake in 1985 that killed as many as 10,000 in the Mexican capital, greatly reducing the risks of damage.

The capital’s earthquake warning system appeared to have functioned effectively, with speakers across the city issuing a loud siren and a spoken warning of the quake several seconds before it happened, prompting many to rush outside.