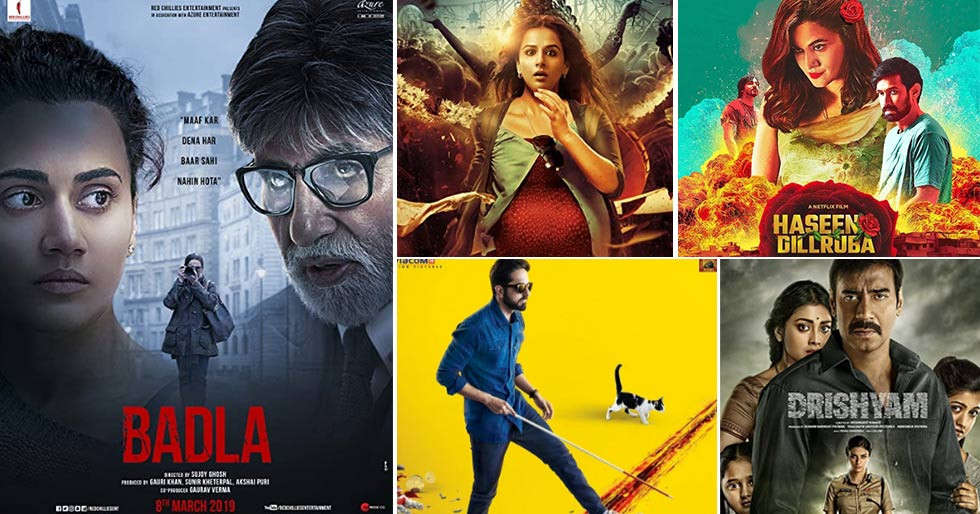 Who doesn’t love a good mystery movie? Bollywood has specially excelled in this genre in these past few years and have been nominated for some precious awards. Since OTT platforms have become our source of watching movies we have seen some great ones, and there is a list of such iconic mystery movies which will get you glued to your television screens. So if you love the feeling of dark reveals, twists and turns and unmissable drama, then we’ve got you covered. Here is a list of top Bollywood mystery movies that you need to watch if you haven’t already.

Kahani directed by Sujoy Ghosh is one of the finest mystery thrillers we have seen. Starring Vidya Balan, the film revolves around Vidya Bagchi (Vidya Balan) a pregnant woman from London who comes to Kolkata in the festive season to look for her missing husband. As she continues her search, she comes across many clues and people who may or may not be involved in her husband’s case. Apart from Vidya Balan’s terrific performance and the brilliant script, what made this movie even more interesting was the performance of the rest of the cast members. Till the end you’ll be guessing all the possibilities. So if you haven’t watched this film you’re missing out on a masterpiece.

Talaash starring Amir Khan, Kareena Kapoor Khan and Rani Mukherji, directed by Reema Kagti, is a full package. With mind blowing plot, great performance and catchy tunes, the film revolves around Surjan Singh Shekhawat (Amir Khan) who is a cop, investigating a murder case of a popular actor Armaan Kapoor (Vivaan Bhatena). Upon investigating he comes across Rosie (Kareena Kapoor) a red-light area worker who adds mystery to the film. The storyline of this film is so good it will keep you holding to your seats throughout. This film will surely be worth your time if you are looking for something to binge.

Originally adapted by the Malayalam blockbuster with the same title, Drishyam starring Ajay Devgn, Tabu, Shriya Saran, Rajat Kappor and Ishita Dutta, the story revolves around Vijay (Ajay Devgn) and his family who live a simple happy life until they become the prime suspect in a missing case of Sameer Deshmukh (Risabh Chaddha) the son of IG, Meera Deshmukh (Tabu). The story further shows how Vijay and his family deal with this situation. The movie surely shows how good of an actor Ajay Devgn is, and how much worthy he is of all the praises he got for his performance in this film.

Directed by Dibakar Banerjee, starring the late Sushant Singh Rajput, Detective Byomkesh Bakshy is based on one of the first detective stories created by bestseller Bengali writer Saradindu Bandyopadhyay. The film is set in the 1940s during the Second World War, which follows the first case of Byomkesh Bakshy (Sushant Singh Rajput). Fresh out of college, he agrees to investigate the disappearance of Bhuvan, a chemist. While investigating he discovers that Bhuvan’s case is linked to a much bigger conspiracy. As many people say this film is Bollywood’s Sherlock, the makers have nailed it with the story, screenplay and performance.

One of the best mystery thrillers ever made, Andhadhun starring Ayushmann Khurrana, Radhika Apte and tabu is an all in one. The film revolves around Akash (Ayushmann Khurrana) a blind pianist who accidentally bumps into Sophie (Radhika Apte), upon finding out that he is a pianist she takes him to her father’s restaurant and offers Akash a job. Akash then gets invited to an actor’s residence for a private concert. Upon reaching the actor’s house there is a shocking surprise waiting for him. This film is so unpredictable, that you won’t be able to guess what’s coming next, and that is exactly what the audience loved about it.

Filled with crazy twists and turns, Badla starring Tapsee Pannu, Amitabh Bachchan and Amrita Singh, this film is one of the best mystery thrillers. The film revolves around Naina Sethi (Tapsee Pannu), a businesswoman who gets accused of killing her lover Arjun (Tony Luke). As the story unravels, we get to see every shade of the characters in the film. And we bet you won’t be able to guess if Naina Sethi (Tapsee Pannu) is actually the culprit or not. Not just the main leads, even the supporting characters of this film left an impacting performance. 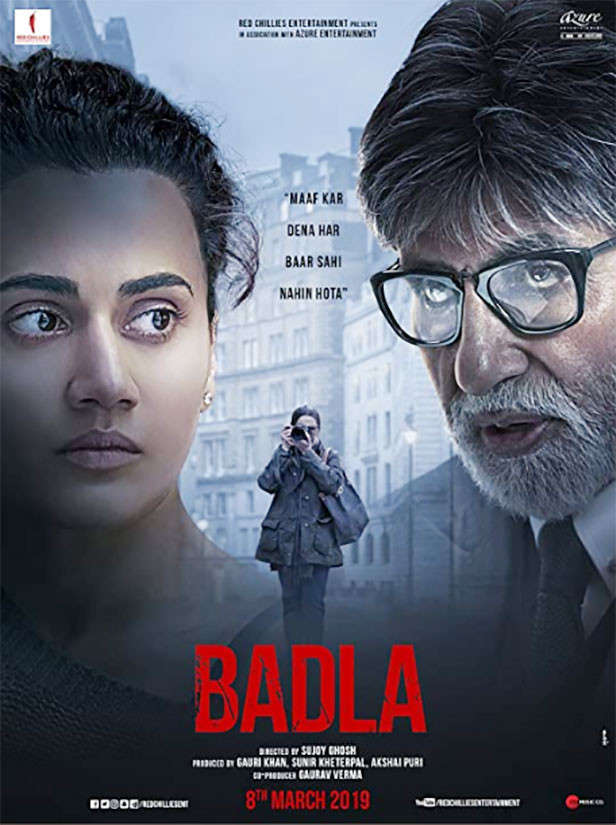 Raat Akeli Hai directed by Honey Trehan, starring Nawazuddin Siddiqui and Radhika Apte is a nail biting murder mystery. The film revolves around Jatil Yadav (Nawazuddin Siddiqui) who is investigating the murder of an aged and rich politician who is found dead on his wedding night to Radha (Radhika Apte) a young girl. As Jatil Yadav continues his investigation he dives deep into a much darker unresolved case which puts him at risk. This film is so engaging that it will keep you hooked from the starting to the very end. And special mention to the entire cast of this film, they did a brilliant job. So if you’re into dark crime movies then Raat Akeli Hai is the one for you.

Released on popular OTT platform Netflix this film is one of the latest mystery movies, Haseen Dilruba starring Taapsee Pannu, Vikrant Massey and Harshvardhan Rane is the perfect murder mystery. The story revolves around Rishabh Saxena (Rishu), who is killed in an explosion in his house, on investigating the cops find that it is a murder and the prime suspect is his wife Rani Kashyap (Taapsee Pannu). The story then goes around how Rani deals with the police and frames her story. Haseen Dillruba has romance, affair, dark characters and murder, which makes it a perfect combination for a masterpiece. The entire cast did a fantastic job in the film, but Vikrant Massey just stole the show with his amazing acting skills.