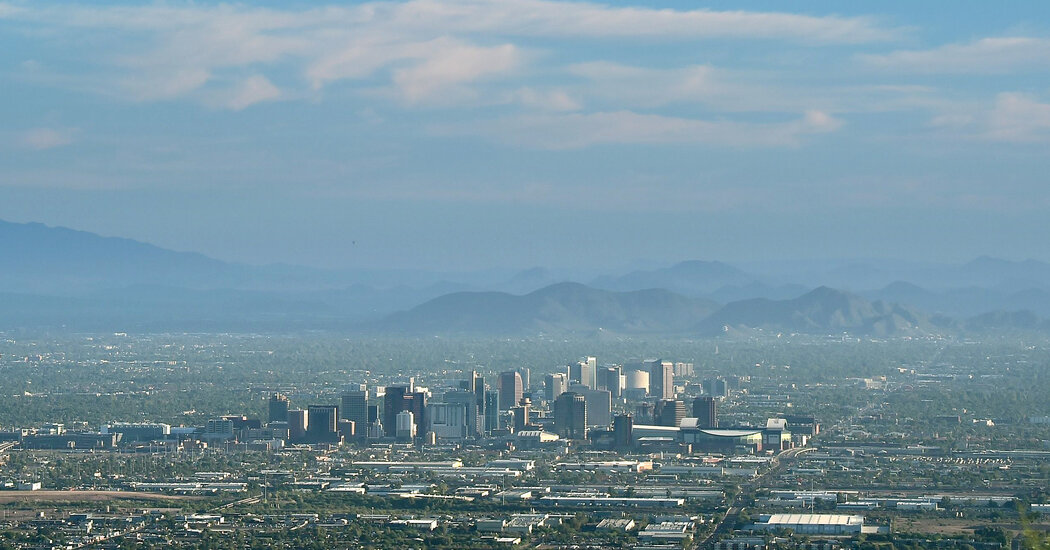 The United States population is getting more diverse, according to new data from the 2020 census that offers a once-in-a-decade look at the makeup of America.

Over the past 10 years, people who identified as Hispanic, Asian or more than one race accounted for larger shares of the population, the data shows. Diversity is rising in almost every county. The overall U.S. population, though, grew at the slowest rate in nearly a century.

William Frey, a demographer at the Brookings Institution, described the data as “a pivotal moment for the country.”

“We have people of color who are younger and growing more rapidly,” he told The Times’s Sabrina Tavernise and Robert Gebeloff. “They are helping to propel us further into a century where diversity is going to be the signature of our demography.”

Here are some takeaways from the new data.

The share of people who identify as white has been declining since the 1960s, when the U.S. opened up more widely to immigrants from outside Europe. But over the past decade, the total number of white people fell for the first time.

The total population has grown at a drastically slower rate over the past decade. As David Leonhardt has explained in this newsletter, slower population growth can expand economic opportunities for women. But it also reflects American society’s failure to support families.

The growth that did occur since 2010 — an increase of about 23 million people — was made up entirely of people who identified as Hispanic, Asian, Black or more than one race. (These charts show where in the U.S. the changes were most pronounced.)

The multiracial category, added to the census only 20 years ago, is the fastest-growing group in the U.S. That could account for some of the decline of the white population, social scientists say; people of more than one race who previously chose white on the census form can now answer more accurately.

The fastest-growing big city in the country is Phoenix, which surpassed Philadelphia as the fifth largest. Immigration, a tech boom and middle-class Californians seeking affordable housing all contributed to Phoenix’s growth, The Times’s Jack Healy explains.

The change in Phoenix reflects a trend: All 10 of the largest U.S. cities saw their populations rise in the past decade. Three big cities in Texas — Houston, San Antonio and Dallas — outpaced the national average.

New York City also grew by nearly 8 percent, defying predictions that its population was on the decline. The city now accounts for nearly 44 percent of the state’s total population.

The metro area that grew fastest since the last census, though, was not a major city; it was The Villages, America’s largest retirement community, located outside Orlando, Fla.

The new census data will launch an intense scramble to redraw districts for the House of Representatives, which states do once per decade. Legislatures control redistricting in most states and can draw gerrymandered congressional maps that advantage their party, which will help determine who will win control of the House in next year’s midterm elections.

The data was less favorable to Republicans than some experts expected, The Times’s Nate Cohn writes. Rural areas and white people’s share of the population shrank, while traditionally Democratic cities and increasingly Democratic suburbs grew.

But Republican-controlled legislatures will still get to redraw 187 maps, compared to Democrats’ 84. “The parties do not compete on a level playing field,” our colleague Nick Corasaniti, who covers politics, told us. “While it is still very early to fully grasp the impact” of the new data, “it is perhaps most important to remember who will be drawing the maps.”

Japan, after the Olympics

The Tokyo Olympics ended on a celebratory note, but the reality of life in Japan is different. Coronavirus infections are at a high, and just 36 percent of residents are fully vaccinated. We spoke with Motoko Rich, The Times’s Tokyo bureau chief, to get a sense of the post-Olympics mood.

Motoko: There is a sense of cognitive dissonance. In the morning when I watch the news, commentators talk about an increasingly urgent sense of crisis. But the streets and trains are fairly busy. People are going to work in offices and eating lunch in restaurants, drinking coffee in cafes and shopping in stores, though nearly everyone wears a mask.

Polls found that the Japanese public did not support these Olympics at the start. Did people warm to them?

Once the Games started, public sentiment softened. During the Games, there were often lines at the five rings statue in front of the Olympic Stadium because people wanted to take commemorative photos. Crowds lined the routes of the long-distance cycling events and the marathon. There were still protests throughout the Games. But for many, it seems the drama of the Games diverted people’s attention away from their pre-Olympics anxiety. Sentiment was no doubt buoyed by the fact that Japan’s Olympic team delivered a great haul of medals.

What do you think will be the legacy of this year’s Games?

I am guessing there will be a reckoning for the entire Olympic movement about the cost and sacrifices of serving as a host city. An increasing number of countries are pulling out of bidding for the Games. And with both the likelihood of future pandemics and the reality of climate change hovering over everything we do, those forces are inevitably going to shape future Games.