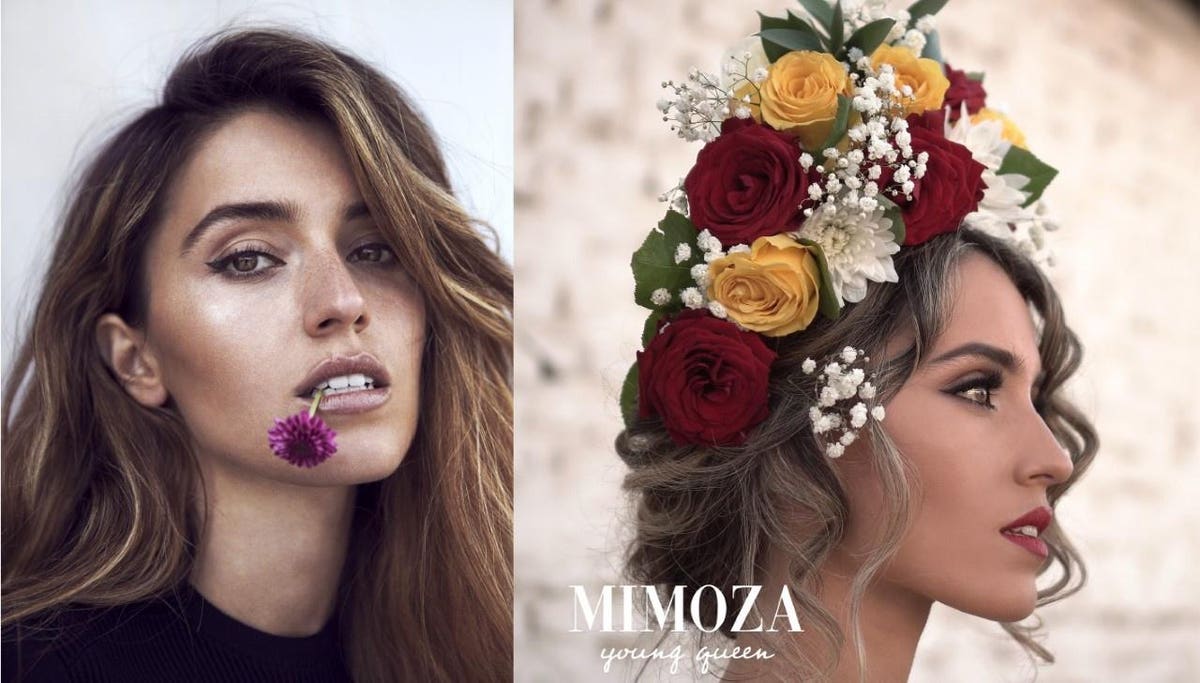 I have held this piece much longer than usual because my conversation with Mimoza (Blinsson) was so much fun. We recorded this interview in February, as part of the run up to the release of her single Young Queen. I was interested to talk with Mimoza because she has helped craft hit pop songs such as Kings and Queens which Ava Max recorded, but here is the twist: Mimoza does not play any instruments and cannot read or write music. So, giant hits? There is a story.

However, in person and on camera, it is Mimoza’s personality which jumps out. Her new song Young Queen is the launching point for an anticipated tour with a live band. Frankly, I was hopeful that live entertainment would resume by summer, something my work as a consultant for major live entertainment companies suggested was possible. And, more than just her spark behind the creation of new songs, it is Mimoza’s entire personality and affect which impressed me. It is one thing to write or record a song, performing it live before an audience is something entirely different.

Mimoza is very promising as a performer. I am interested to see her in front of a live bands playing her music to fans rather than in the production studio helping others master her songs.

During our conversation, Mimoza explained her roots, born in Kosovo which her family left due to political instability, then stints in both Sweden and Germany before settling at present in West Hollywood, California. There she is signed to Capitol Records the iconic home to everyone from The Beatles and The Beach Boys to The Beastie Boys, Beck and The Bee Gees. Worth noting, those are just some of Capitol’s legendary acts which start with a “B”.

Mimoza took a practical approach to developing her career. She began as a songwriter because she realized that songwriters have power. Everyone needs songs: record labels, artists and managers are always trying to find the next great song. Mimoza built her career around a carefully crafted pop repertoire, always protective of her authenticity as a songwriter with a consistent feel. She has worked hard to build a recognizable sound and is now planning a pivot to fronting her own songs live and in person.

You know her work. Here’s Kings and Queens as recorded by Ava Max:

Mimoza’s current single, on which she performs, is Young Queen. This song took two years to perfect the production. It is a very personal song for Mimoza because it reaches her emotional touchstone. The song honors her mother and celebrates the ideas of self-love and self-realization.

It is hard for new talent to rise to the point where their work is consistently marketable. Mimoza has built a reputation globally as a songwriter whose work has been adopted and adapted by artists in Japan, Australia, and Germany along with those here in the United States. Her successes include One in a Million by Yamashita Tomohisha which went to number one in Japan, Who’s Loving You recorded by Auryn featuring Anastacia which got attention in Spain and Anyway which Tyron Hapi featuring Mimoza took platinum in Australia. Mimoza has the power of Capitol records helping her both develop further songwriting opportunities and the promise of her own career fronting a band with her songs.

Mimoza and I had a long and playful conversation which is available below in both video and audio podcast format. I encourage you to watch or listen. It’s fun.

The music business is one which breaks hearts. People who seek a living here come with big dreams and often exit broken. However, there is hope for those willing to work hard enough to be lucky. This story is one which exemplifies the possible. A one-time refugee from a foreign country winds up in the United States, writing songs in a language other than her native tongue. She doesn’t play any instruments and cannot use the standard notation of music to write anything down. Yet, somehow as it always does, talent prevails. Hits are created, careers are boosted, industry relationships are formed and the doorway to fame slowly begins to crack open. The road is the final arbiter of who succeeds. Just like in all things, there are no sure bets, but there are those who have a more likely path to success. I count Mimoza in that group. All the pieces for success are in play. As the world reopens it is going to fascinating to see what Mimoza achieves.