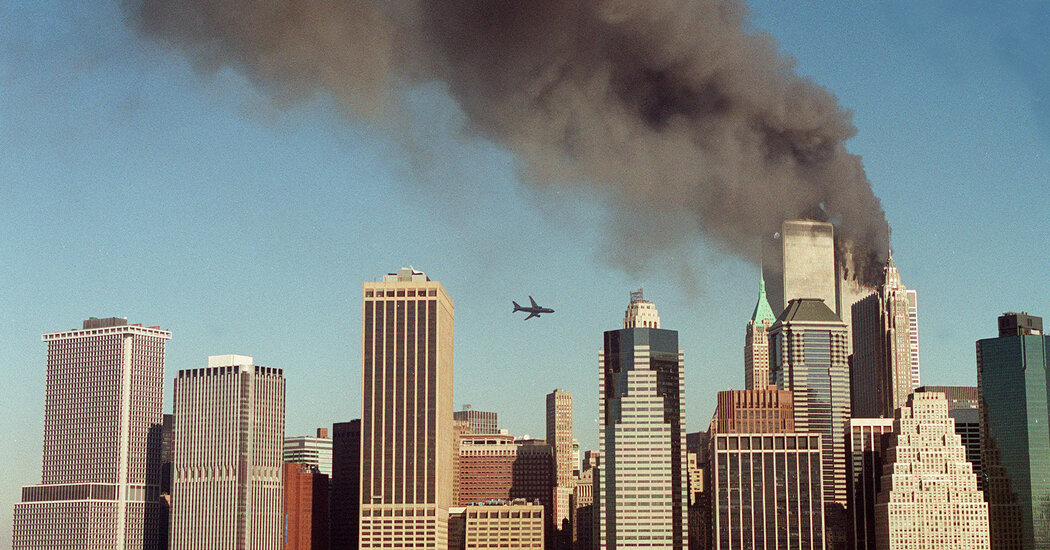 The great crises in U.S. history have often inspired the country to great accomplishments.

The Civil War led to the emancipation of Black Americans and a sprawling program of domestic investment in railroads, colleges and more. World War II helped spark the creation of the modern middle class and cemented the so-called American Century. The Cold War caused its own investment boom, in the space program, computer technology and science education.

The attacks of Sept. 11 — which occurred on a sparkling late-summer morning 20 years ago tomorrow — had the potential to leave their own legacy of recovery. In sorrow and anger, Americans were more united in the weeks after the attacks than they had been in years. President George W. Bush’s approval rating exceeded 85 percent.

It isn’t hard to imagine how Bush might have responded to Sept. 11 with the kind of domestic mobilization of previous wars. He could have rallied the country to end its reliance on Middle Eastern oil, a reliance that both financed radical American enemies and kept the U.S. enmeshed in the region. While attacking Al Qaeda militarily, Bush also could have called for enormous investments in solar energy, wind energy, nuclear power and natural gas. It could have been transformative, for the economy, the climate and Bush’s historical standing.

Bush chose a different path, one that was ambitious in its own right: the “freedom agenda.” He hoped that his toppling of the Taliban in Afghanistan and Saddam Hussein in Iraq would inspire people around the world to rise up for democracy and defeat autocracy. For a brief period — the Arab Spring, starting in 2010 — his vision almost seemed to be playing out.

Today, though, we know it did not. Bush and his team bungled Iraq’s postwar reconstruction. In Afghanistan, the U.S. rejected a Taliban surrender offer, and the Taliban recovered to win the war. In Egypt and Syria, autocrats remain in power.

Some wars have left clear legacies of progress toward freedom — like the anti-colonization movement and the flowering of European democracy that followed World War II. The post-9/11 wars have not. If anything, the world has arguably become less democratic in recent years.

Twenty years after Sept. 11, the attacks seem likely to be remembered as a double tragedy. There were the tangible horrors: The attacks on that day killed almost 3,000 people, and the ensuing wars killed hundreds of thousands more. And there is the haunting question that lingers: Out of the trauma, did the country manage to create a better future?

The Washington Post’s Carlos Lozada, surveying books about the attacks and their aftermath, writes: “9/11 was a test. The books of the last two decades show how America failed.”

“Radical pessimism is a mistake,” David Ignatius argues in The Post. “These two decades witnessed many American blunders but also lessons learned.”

“Twenty Years Gone”: The Atlantic’s Jennifer Senior on one family’s heartbreaking loss and struggle to move on.

“The fact that the United States itself went on to attack, and wreak even greater violence against innocent civilians around the world, was largely omitted from official narratives,” the novelist Laila Lalami writes for Times Opinion.

“The twin towers still stand because we saw them, moved in and out of their long shadows, were lucky enough to know them for a time.” Colson Whitehead wrote this essay shortly after the Sept. 11 attacks. Many people revisit it.

The site of the World Trade Center “still feels like an alien zone,” Michael Kimmelman, The Times’s architecture critic, writes. But the rest of Lower Manhattan has bloomed.

The remains of more than 1,100 victims have never been identified. But New York City continues to search for DNA matches, Corey Kilgannon writes — a task the chief medical examiner called “a sacred obligation.”

“Every dog is a rescue dog,” John Dickerson writes in The Atlantic about the death of his, George.

Sail away: An ode to Enya.

Modern Love: She tried to be chill. It didn’t work.

A Times classic: How to talk to people, according to Terry Gross.

Lives Lived: Sunil Perera entertained generations of Sri Lankans on the radio and the dance floor with his distinctive, Latin-infused tunes. He died at 68.

The next queen of daytime TV

Kelly Clarkson has worn many hats. After winning the inaugural season of “American Idol,” she’s had an award-winning music career and now she’s set to become the heir to Ellen DeGeneres’s daytime talk show throne, Dave Itzkoff writes in The Times.

Last spring, “The Kelly Clarkson Show” drew an average daily audience of about 1.3 million viewers — frequently putting it ahead of “The Ellen DeGeneres Show” and “The Rachael Ray Show,” though behind “Dr. Phil” and “Live With Kelly and Ryan.” Clarkson’s program — a blend of celebrity interviews, games and slice-of-life segments — will take the “Ellen” slot when its host steps down next year.

Clarkson’s relatable candor is part of the reason she got the show. Her path to fame also distinguishes her — millions of viewers voted for her “American Idol” victory in 2002, and are invested in her success. “People are rooting for her in a different way,” Alex Duda, the talk show’s showrunner, said.

Clarkson said “Idol” had unwittingly prepared her for a future in daytime television. “We were on TV all the time,” she said. To this day, she never worries about having something to say when a camera is pointed at her: “That can be scary for other people sometimes, like, Oh God, what’s she going to say?” — Sanam Yar, a Morning writer

See how well you do compared with other Times readers on this week’s quiz.