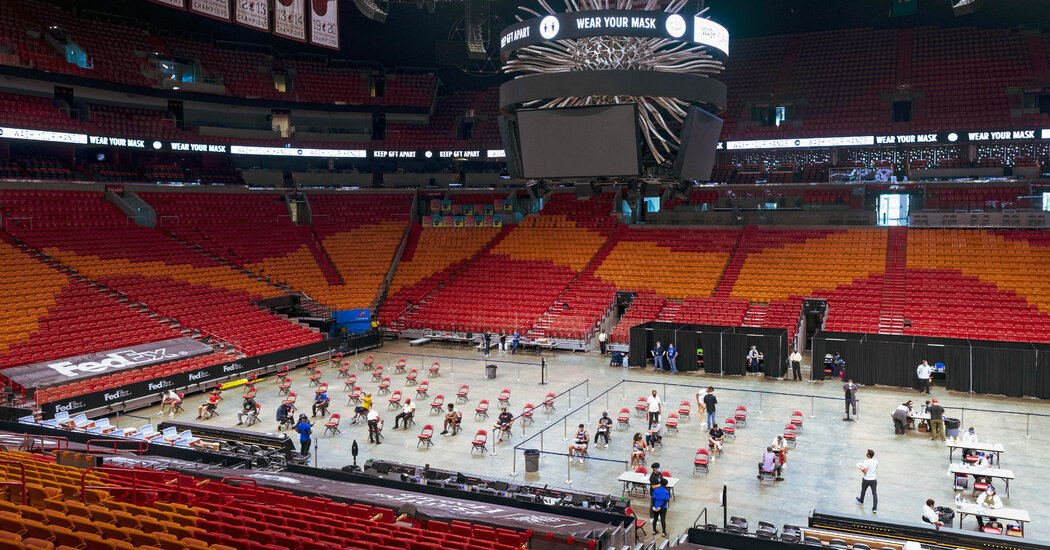 The decline in vaccine demand has coincided with a significant decline in coronavirus cases from mid-April, from about 70,000 cases a day to 42,000 on Sunday.

Still, Dr. Nuzzo said the reasons for holding off on getting a shot, like some level of skepticism, could also reduce as time goes on. As more people get vaccinated, those who are unsure will see that serious side effects are almost nonexistent.

The third group — those who are outright opposed to the vaccine, and especially those who have become convinced by disinformation and conspiracy theories — might be less likely to be persuaded by the lack of side effects. “The spread of disinformation online, we have to address,” Dr. Nuzzo said. “Never in my career have I seen the scope as large as it is.”

Promoting the idea of freedom for vaccinated people could be one effective way to encourage more vaccinations, particularly among those who are open to persuasion and still making up their minds, officials say. As hesitant people look for side effects — and find few, if any — they will also see their vaccinated friends and family members enjoying the luxuries of a prepandemic life like going to concerts and seeing older relatives, and doing all those activities without the lingering fear of getting sick or getting someone else sick.

Dr. Adalja said that federal health guidance should take care to avoid “underselling the vaccine,” and that federal officials appeared to be “several steps behind what infectious disease doctors like myself are telling people that are fully vaccinated what they can do.”

It is still unclear how the remainder of unvaccinated Americans break down into these three categories. On average, providers are administering about 1.98 million doses a day, down from a high of 3.38 million on April 13.

While the Food and Drug Administration is set to authorize the Pfizer-BioNTech vaccine for adolescents next week, it is unclear how much demand will increase as a result. The soon-to-be approved age group, 12- to 15-year-olds, may represent fewer than 20 million people, according to data from the U.S. Census Bureau.