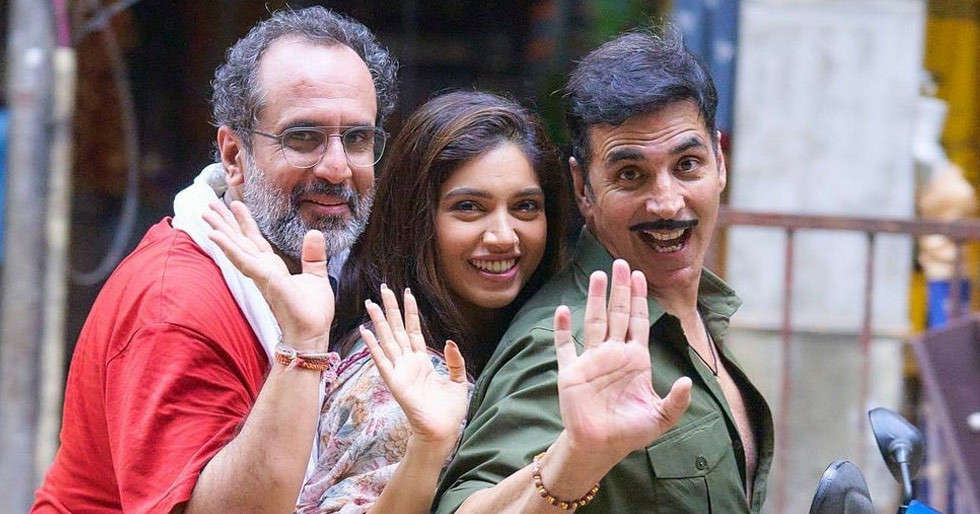 Akshay Kumar who shoots for films back-to-back and jumping from one set to another, was recently shooting for Aanand L Rai’s Raksha Bandhan. The actor completed the first schedule of the film and shared some great pictures and an amazing post sharing his excitement and joy for working on this film. He even thanked the director as he said he’s walking out of the set as a better actor.

Aanand L Rai soon reposted the picture and thanked the superstar for his kind words. The director also mentions that too feels that he is walking out of the set as a better man. He said, “Thank you for your kind words @akshaykumar Sir and deriving truth in this make believe story sir…I think I am also walking out of the sets as a better man…a man who believes in stories, more than before…See you soon. Love you sir #rakshabandhan.”

This morning the director shared another post. He shared a black-and-white picture with the actor and the two are having an intense conversation. The director penned down an emotional post and said, “It’s not where you walk , it’s who walks with you. Thank you @akshaykumar Sir for walking thru this beautiful experience…an affair to remember. #RakshaBandhan.”

Now there is so much love between the director-and-actor and both thanking the story for making them a better person and a better actor respectively, we are surely intrigued. Raksha Bandhan also stars Bhumi Pednekar and the actors shot in a Mumbai studio where they had a set made which resembled Delhi’s Chandni Chowk.

Besides Raksha Bandhan, the director has worked with Akshay Kumar in Atrangi Re too. The film which is pending for a theatrical release will see Sara Ali Khan, Dhanush and Akshay Kumar in a special role.

People Working In Professions Are On High Risk Of Depression And Burnout
Posted onMay 29, 2022

Petrol Diesel Rate Are Unchanged Today On 29th May 2022 And No Cut In Fuel Prices, Check Latest Rates
Posted onMay 29, 2022