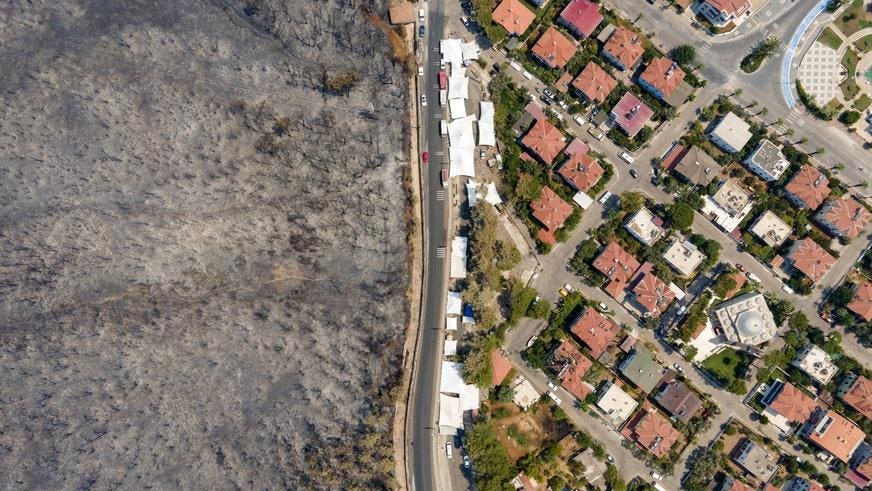 As firefighters battle to contain devastating fires tearing through parts of Europe and North America, officials have attributed the extreme events to climate change while experts warn the worst is yet to come as human-driven climate change amplifies the chances of the hot, dry weather fueling the blazes.

California’s wildfire season is already racing ahead of last year’s record-worst season—including the Dixie fire, the state’s largest this year—and officials are pleading with the thousands of residents under evacuation orders to “forget the politics” and leave rather than taking their chances and stay.

Firefighters in Oregon have been battling the country’s largest wildfire, Bootleg, for a month and Democratic Governor Kate Brown warned that the “harsh reality is that we’re going to see more of these wildfires” in the future due to climate change.

Firefighters on Hawaii are facing Big Island’s largest wildfire in recorded history, with officials warning of more blazes to come amid the dry, windy conditions.

The heatwave has triggered some of the region’s worst wildfires in decades, according to European Union Commissioner for the environment Virginijus Sinkevicius, with Turkey, Italy and Spain also dealing with blazes.

Canada’s province of British Columbia declared a state of emergency in July due to hundreds of wildfires spreading across the region, prompting Minnesota to issue air quality alerts as winds carried smoke from the fires to the state.

Gov. Brown said the heat waves, ice storms and wildfires in Oregon are a “sign of the changing climate impacts.” The fires are “hotter, they’re more fierce and obviously much more challenging to tackle,” she said. “So climate change is here, it’s real and it’s like a hammer hitting us in the head. And we have to take action.”

While wildfires are a natural and important part of some environments, the scale and severity of the wildfires burning now is extreme. Many regions, including parts of the U.S., have endured record breaking wildfire seasons in recent years and experts believe this will only get worse. Overwhelmingly, experts believe human-driven climate change is to blame, increasing the likelihood of dry and hot conditions favorable to wildfires happening. The U.S. has already faced an onslaught of severe heat waves this year, including the brutal heat dome which killed more than 100 people in Oregon, 30 in Washington and nearly 500 in the British Columbia province in Canada. Scientists believe such extreme conditions would have been “virtually impossible” without climate change. Parts of Europe are also experiencing extreme heat—almost record-breaking in some areas—spurring the wildfires. Climate change doesn’t just drive extremes of temperature. This summer, extreme weather has caused extensive flooding across Europe and China. The winter storm that left vast parts of Texas without power in early 2021 can be linked to the warming Arctic.

The Drought In The Western U.S. Is Getting Bad. Climate Change Is Making It Worse (NPR)

Major Atlantic Current May Be On The Verge Of Collapse, Scientists Warn (Forbes)