Afghans are aiding Americans in keeping the tumult outside from swamping the airport. 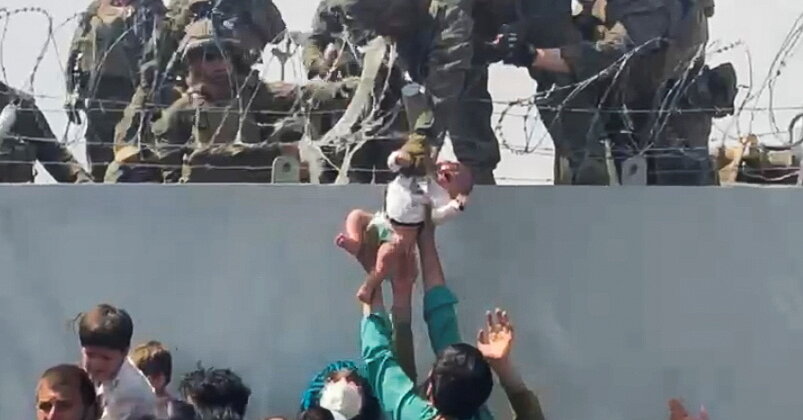 The U.S. military holds Kabul’s airport, with some 6,000 troops there, but outside its walls, where thousands of people are clamoring to get in, the terrain and roads are controlled by the Taliban.

The Americans have turned to several hundred commandos from the former Afghan government’s National Directorate of Security to limit access through some airport gates, to keep the crowds from overwhelming the airport.

The Taliban have also limited access, enabling — intentionally or not — NATO operations within, while allowing Taliban fighters to search for people they want to arrest among those trying to flee.

The former N.D.S. commandos are due to be among the last to leave the country in the evacuation, serving as a rear guard before being airlifted out, according to U.S. and former Afghan officials.

“They are performing heroically,” said one U.S. official.

“That is an understatement,” another responded.

Even as a measure of calm took hold across Kabul, the area around the airport remained dangerous. There have been conflicting figures on how many people have died in the bedlam this week. Afghans have borne the brunt of the suffering, and many — including those with proper paperwork — are being prevented from reaching airport.

But in a sign of how chaotic the situation is, even foreigners whom the Taliban wants to leave the country cannot always reach the facility safely. As thousands desperately try to flee Afghanistan, Taliban fighters have blocked entrances, fired rifles and beaten some people in the crowds.

Most of the violence has been just outside the airport’s main entrance, where crowds trying to get into the airport have met Taliban forces beating them back. There have been volleys of rifle fire, along with pushing, pulling and beating with wooden sticks, Kalashnikovs and hoses.

A German civilian was shot on the journey, Ulrike Demmer, a spokeswoman for the German government, said on Friday.

She said that the victim was in stable condition and being treated for his wounds and would be evacuated as soon as possible.

Videos posted on social media included heart-wrenching images of adults lifting babies and children above surging crowds, over concrete walls topped with razor wire, and into the waiting arms of U.S. soldiers perched above blast walls.