After Sweeping The Boston Red Sox, It Is A Charmed Life For The Surging New York Yankees 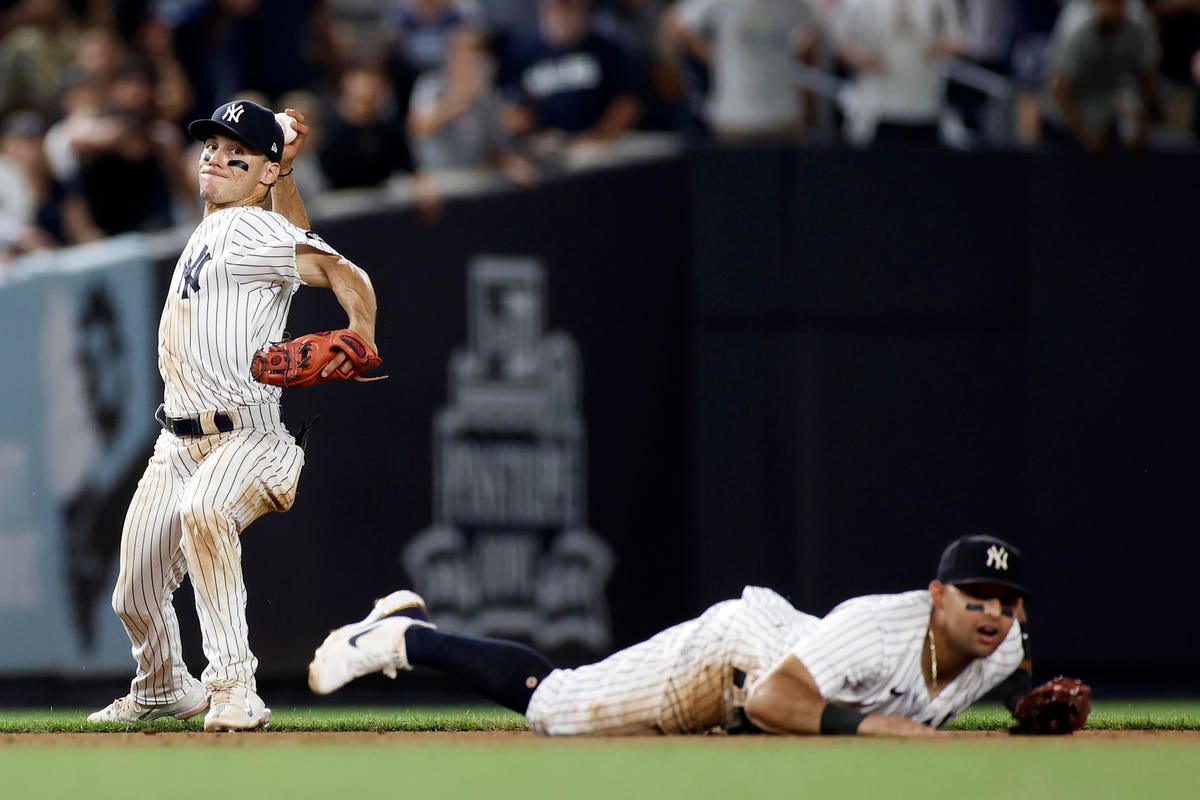 The charmed life the Yankees are leading these days is shown in Andrew Velazquez’s humorous retelling of how his victory speech went upon getting the WWE championship belt for being the star of the latest victory.

If there ever was a version of the Yankees with that tale of two seasons vibe it is this group. This is a team who has used 58 players and seen 10 players go on the COVID-19 injured list since July 1.

Velazquez is the 58th player to appear for the Yankees and one of 119 who have appeared for the New York baseball teams this season. He came into this week’s series against the Boston Red Sox with three RBIs in 75 career games and when the Yankees finished off a sweep of Boston to move into the first wild-card, he was up to seven in 78 career games.

He is here because Gleyber Torres is not due to a thumb injury on a stolen base on Aug. 8 and his contribution to the cause was a terrific diving stop on a ground ball by Kevin Plawecki that required some outstanding range, a strong throw to a surehanded first baseman in Anthony Rizzo, who just happened to return from the COVID-19 injured list.

It added up to Velazquez — a Bronx native, who joked about staying with his parents about 20 to 25 minutes away because it’s cheaper than staying in Manhattan – getting to make the memorable speech to what can is assumed to be a jubilant clubhouse.

“I just said that I’m honored to be here and in that locker room with those guys and like I’ve dreamt of doing what we just did,” Velazquez said. “So, in real life, it was way better.”

Velazquez is getting those moments because Gleyber Torres is not due to a thumb injury sustained on a stolen base. He like a few others are here as replacements but able to make contributions such as Luis Gill with three scoreless outings or even Andrew Heaney.

“It’s been fun to watch and after the game he just said a couple words of him growing up here and dreaming of this and how much better it is in person. It’s special stuff,” Rizzo said.

Prone to the homer, Heaney has allowed nine through his first four starts but he joined the contributors to the charmed life the Yankees are experiencing by pitching seven innings a day after extensive bullpen use. The example was him getting a double play on Xander Bogaerts, who homered off him three batters and then blowing away Rafael Devers in the seventh.

These are scenarios not necessarily envisioned on July 1 or even July 25.

It was July 1 when the Yankees appeared like a plodding and underachieving mess. The weather was foreboding and they wound up getting rained out in two straight games while managing general partner Hal Steinbrenner placed the onus on his players.

Then they lost two more times to fall to 41-41. They were no-hit into the sixth and allowed six runs in the final inning of a doubleheader opener to the Mets.

Progress was slow with decent results mixed in with a few of those pesky “worst losses of the season, including July 25 when Domingo German took a no-hit bid into the eight only for the Yankees to blow a four-run lead.

Then came the trades for Joey Gallo and Anthony Rizzo, the left-handed bats that not only provided lineup balance but also improved defense.

And now the Yankees are in a playoff spot, 18-5 in their past 23 and hardly looking like the team who lost its first seven games against the Red Sox.

In other words, a different team, a fact noted by Red Sox manager Alex Cora on Tuesday when the Yankees got a 5-3 victory followed by a 2-0 win in a doubleheader.

The Yankees are up to 29 stolen bases since the All-Star break, nine more than they got in the first half. They are also more versatile as highlighted by five players moving to a different position for the final inning of the doubleheader.

In other words, a long way from those days of early July, when it seemed like a slog to 83 wins was unfolding and not a team currently in position to host the wild-card game.