Air Traffic Controllers Look Back At The September 11 U.S. Attacks 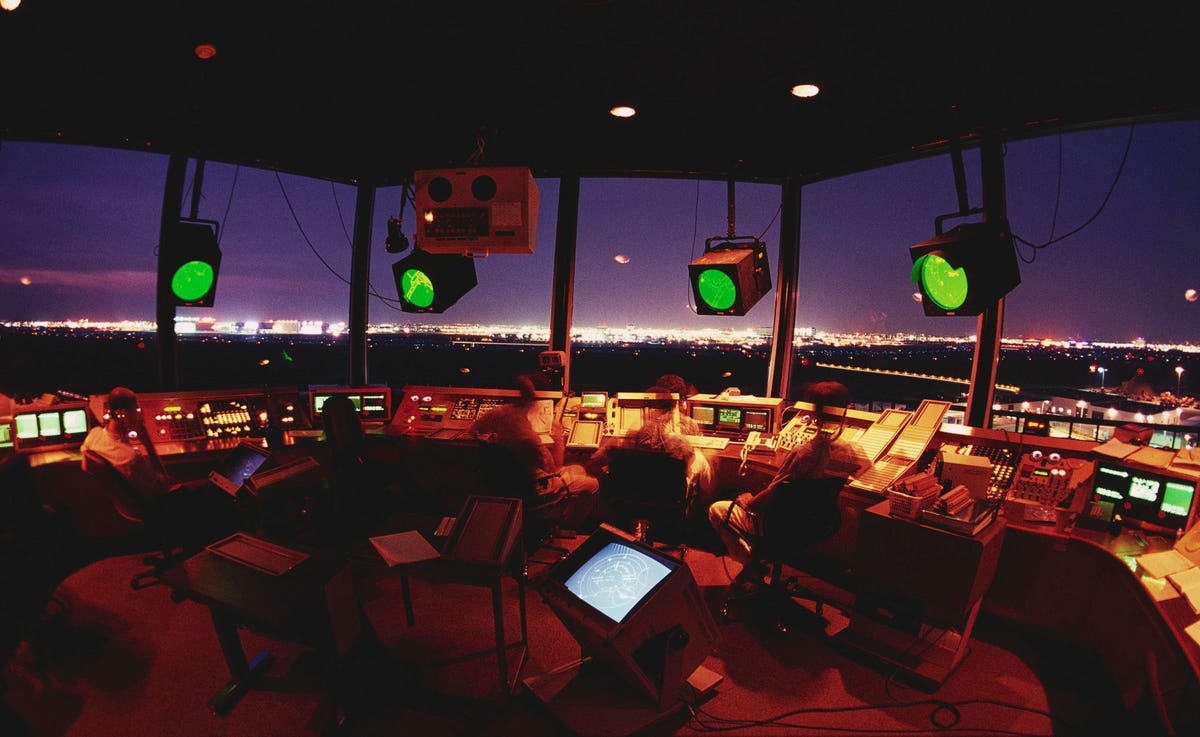 It happens every single time. Whenever I tell anyone that my father, Arnold Palumbo, is an Air Traffic Controller, I receive the same response: “Wow. That’s a stressful job.” And it can be. Whether dealing with high levels of traffic, bad weather, or emergencies, there are variables every day that may arise.

Throughout his career, he dealt with everything ranging from conflicts between pilots and controllers to tragic plane crashes. When I think back, though, while the job could be incredibly stressful, I don’t recall him being stressed.

The Federal Aviation Administration (FAA) employs more than 14,000 air traffic controllers (ATC). They guide pilots and the planes they fly and handle approximately 2.7 million daily passengers from taxi to takeoff. Because of the intensity of this role, zero margins for error, the training regimen, and proficiencies needed to become a controller equally demanding. You have to pass a medical examination, a security investigation, an FAA air traffic pre-employment test more. Every controller is thoroughly vetted and trained to deal with many types of unexpected situations.

However, on September 11th, 2001, the entire FAA had to deal urgently, efficiently, and safely with an event no one had ever experienced in air traffic history while it was unfolding.

As I would learn in researching this piece, while the tragic events of that day were completely unprecedented, the training ATC’s received was key in reacting swiftly and coming up with solutions to problems happening in real-time. Those skills made it possible for around 5,000 aircraft to be carefully guided to the ground in under two hours on September 112001.

“There was no precedent,” my father explained. He is now a retired Operational Manager in New York. On September 11, my father was in an administrative role responsible for airspace in the LaGuardia and Islip area in New York. “It’s a credit to the air traffic controllers that planes were landed safely and quickly without incident.”

It’s twenty years later, and while there are many heroes and quick-thinking actions from that day, highlighting the FAA’s tremendous ability to shut down U.S. airspace completely without a roadmap to follow should be part of that conversation.

My father worked at the New York TRACON as En-Route Air Traffic Controller from 1981 – 2002. The TRACON’s airspace makes the radar departures and arrivals to all of the airports in the Metropolitan area. The NY Center/Boston Center is above them in air space.

“We were in a meeting, and someone came in saying there was a hijacking,” said Palumbo. “I went to see what was happening, and we were told the plane was at 29,000 thousand feet and had turned off the transponder. When you shut off the transponder, you can’t identify the aircraft’s call sign, altitude, or speed. So we only knew it was a blip on the screen that we needed to try and follow. So we thought that the plane was just flying overhead, and we’ll keep an eye on him.”

This plane would turn out to be American 11.

Despite best efforts, they ended up losing track of the hijacked plane. Not long after, the controllers in the LaGuardia section received reports that the World Trade Center had been hit. It was at that point that a supervisor in a different area turned to the watch desk and said, “We have a No Radio Airplane who we have no control over. I’m afraid he’s going to hit the second building.”

“I had been informed of a hijacking right before a meeting. So I asked someone on my team to keep me appraised,” said Sliney. “Within several minutes, he came into the meeting and told me we had information that a flight attendant may have been stabbed. That’s when I immediately went to the floor and took command of the operation.”

Mr. Sliney shared that they had CNN on in the command center at the time. It was there that they saw the news about the first tower being hit. Then, as Sliney’s team tried to call the NYC police to determine what kind of plane it was that hit the building, they watched, as we all did, United 175 make a steep turn and crash into the second tower.”

“Once the second plane crashed, years of training as an air traffic controller kicked in,” Palumbo stated. “Everyone attempted to stop all arrivals and departures in the tri-state area within minutes.”

“Right after United 175 hit, that’s when I issued a national wide ground stop.” Sliney recollected. This was the first time that had ever happened in the United States Aviation history. “All the airborne aircraft were landed at the nearest airport by the best air traffic controllers on earth. Pilots were told to secure their cockpits, but the only thing we told them was that it was a national emergency.”

Some of the Aftermath

On November 12, 2001, only two months after the September 11 attacks, an American Airlines flight out of John F. Kennedy (JFK) Airport in New York City crashed into a Queens neighborhood, killing 265 people.

Although some initially speculated the crash was another terrorist act, it turned out to be a combination of pilot error and wind conditions.

“We had the same reaction as everybody else,” my father said. “We were afraid it was terrorism-related. On September 11, we didn’t know what was going on, so there was some hesitancy. Post-September 11, with the crash in Queens, we were able to quickly determine what had happened and just wanted to make sure that nothing was going to affect any rescue efforts.”

A few days after the crash in Queens and in light of the September 11 attacks, the president signed the Aviation and Transportation Security Act on November 19, 2001, which among other provisions, established a new agency responsible for aviation security. The November 2002 passage of the Homeland Security Act moved TSA into the new Department of Homeland Security on March 1, 2003.

What Could Have Been Done Differently

As we know now, Al-Qaeda has been responsible for multiple terrorist attacks since it was founded in 1980. In 1996, bin Laden declared a jihad against the United States. bin Laden’s goal was to get the U.S. to withdraw from the Muslim world. Yet, while U.S. intelligence and law enforcement agencies had been monitoring bin Laden and al-Qaeda during the 1990s, senior U.S. policymakers did not seem to consider al-Qaeda a priority.

This is something Sliney wished had been different. Both Sliney and Palumbo walked me through how you are trained as an ATC that when a crisis happens, you are to collect all the information and act accordingly. However, Sliney feels that, in retrospect, he didn’t have all the intel needed.

“The government knew Al Queda might have been a threat, but it was never communicated to the FAA. So, when everything happened, Al-Qaeda wasn’t on my mind at all. If I had been alerted at the highest levels previously, I would have shut down the whole damn system when the first aircraft was hijacked! I just recall looking at that hole in the World Trade Center and thinking, ‘No pilot would ever do that intentionally. Their jobs are to minimize the loss of life in a life-threatening event. But unbeknownst to me, I simply wasn’t operating with all of the information.”

Overall, Sliney and Palumbo agreed that the events of September 11 could never happen again. In addition to increased security and protocols in place, as Sliney said, “The passengers wouldn’t tolerate it.”

In speaking with my dad, one of the biggest things he wanted to highlight was that he was strictly in an administrative role that day. So, while he was there observing everything and handling phone calls, he felt that it is the air traffic controllers that deserve much praise.

“When it comes to Air Traffic Controllers, you just can’t have a ‘bad apple,” my father said. “While men like Sliney made the crucial decisions when the time came that day to act, it was the controllers responded, did the right thing, and landed everyone safely.”

So yes, being an air traffic controller can be stressful, but even under the most unexpected, tragic, and difficult days, they were able to leverage their training and calmly take every action necessary.

Sliney agrees. “It was a magnificent accomplishment – the pilot, flight attendants, everyone across the board. The whole aviation system responded beautifully.”

When I asked Sliney what stays with him the most twenty years later, he answered, “The way nobody has forgotten. That was the mantra at the time – never forget. The country came together post 9/11, and even though there’s been much divisiveness in recent years in general, when it comes to September 11, we really have never forgotten the events or the lives lost.” 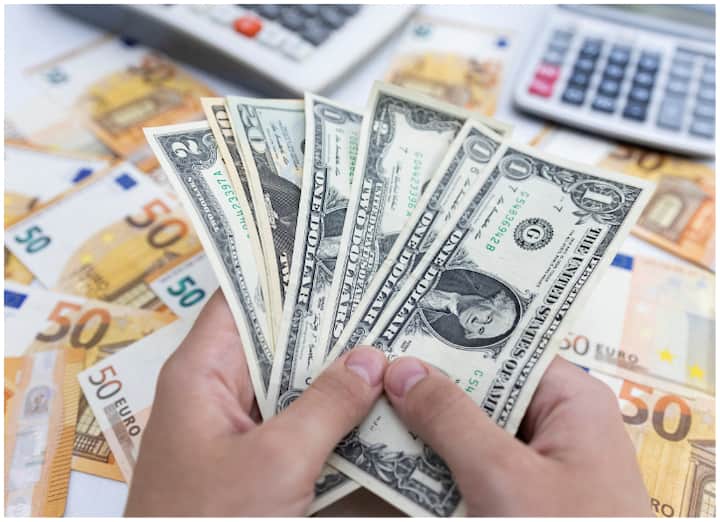