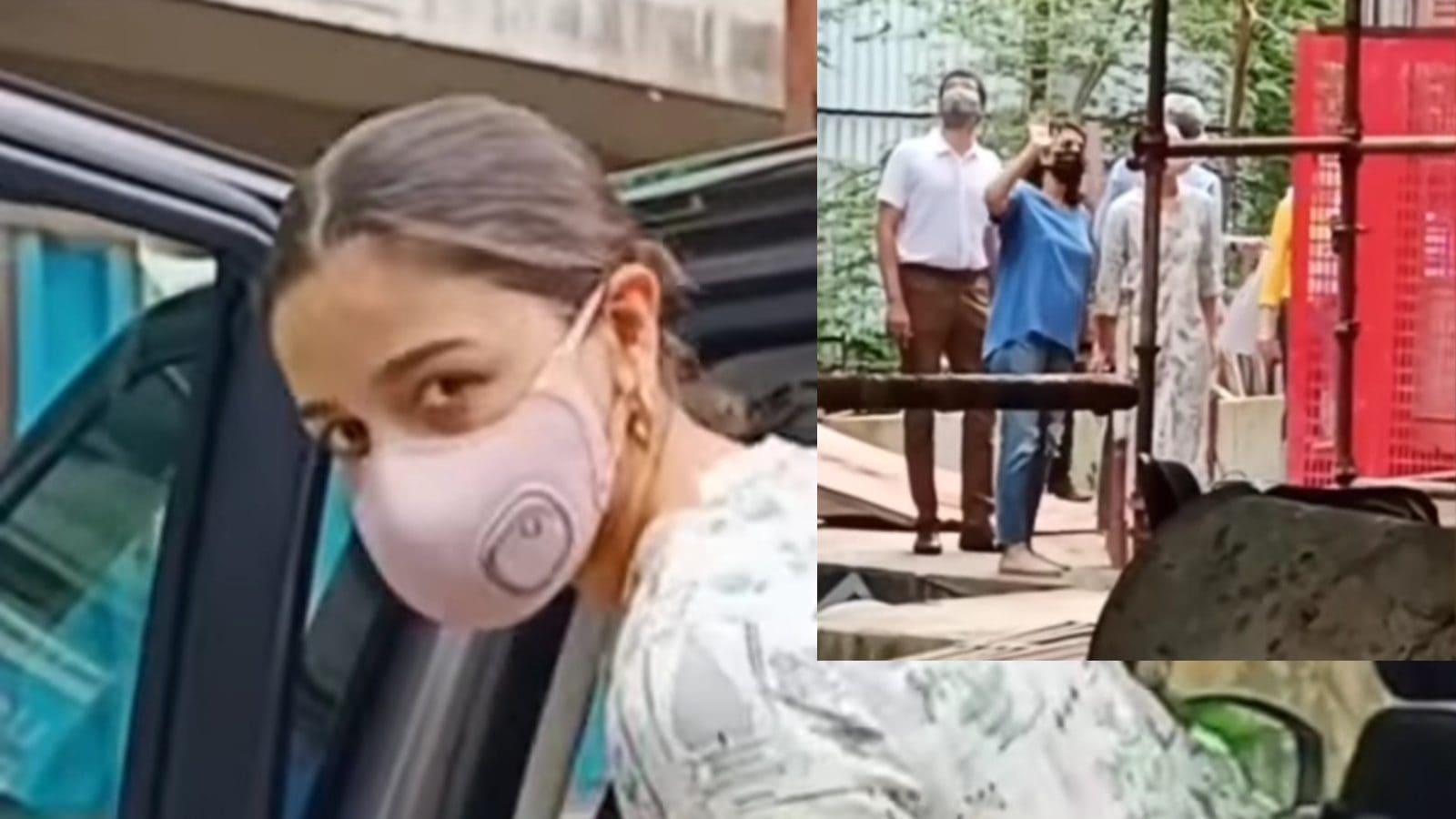 Alia Bhatt and Neetu Kapoor were clicked by the paparazzi in Bandra on Wednesday morning. The duo had arrived at the Krishna Raj Bungalow, which is currently under construction, to take stock of its progress. Ranbir and Neetu Kapoor are personally overseeing the construction of their dream bungalow and Alia often accompanies them for the same. However, this time around Ranbir Kapoor couldn’t join his mother and girlfriend as he is in Delhi, busy shooting for Luv Ranjan’s next with Shraddha Kapoor, Boney Kapoor and Dimple Kapadia.

Alia Bhatt and Ranbir Kapoor are the most loved couple in Bollywood. Reportedly romance blossomed between the two on the sets of their upcoming film three-part film, Brahamatra.

After months and years of speculation, actor Ranbir Kapoor last year confirmed his relationship with Alia Bhatt. The actor revealed that if there had not been a pandemic situation, the two would have got married already.

In an interview with film journalist Rajeev Masand, Ranbir Kapoor opened up about her personal life and reports surrounding his impending wedding. Ranbir said that the deal would’ve been “sealed” had the “pandemic not hit our lives”. “I don’t want to jinx it by saying anything. I want to tick mark that goal very soon in my life,” he said.

During the lockdown, Ranbir was even living with Alia for quite some time. Several reports of their marriage being on the cards have been making the rounds for months now.

Alia and Ranbir are all set to share the screen space together for the first time in Ayan Mukerji’s Brahmastra. Brahmastra also stars Amitabh Bachchan, Nagarjuna Akkineni, and Dimple Kapadia. The film’s director, Ayan Mukerji, had said that the film will offer the audience ‘something that’s really new and amazing and next level’.