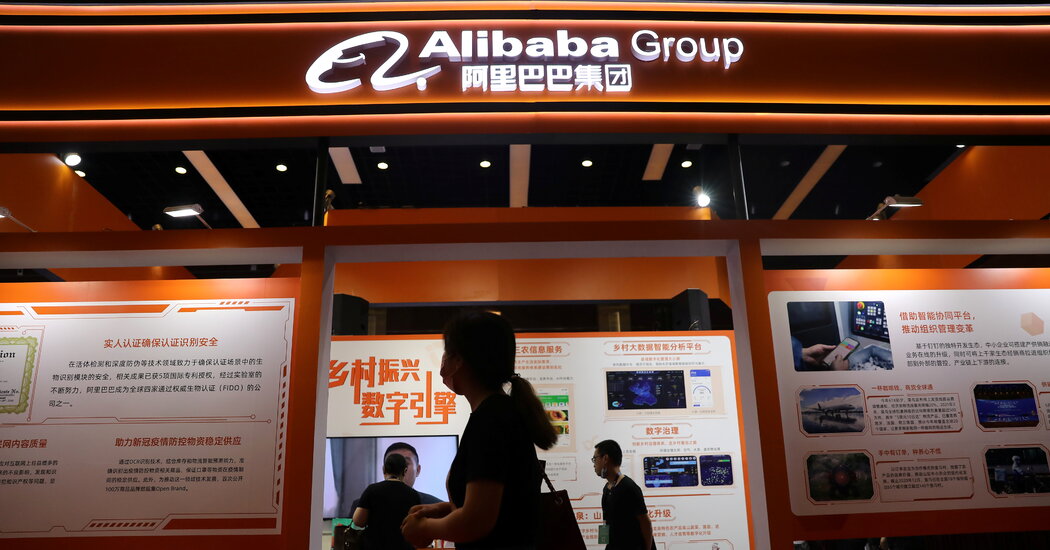 China’s e-commerce giant, Alibaba Group, said on Sunday that it had suspended several employees, including senior managers, after a female staff member accused her boss of rape.

The suspension came hours after the female employee published an essay on the company’s internal website in which she said her boss raped her while she was unconscious after a “drunken night” entertaining clients on July 27 in the eastern city of Jinan. She said she initially reported it to the company, but got no recourse.

Her essay was widely shared on the Chinese social media platform Weibo, the latest #MeToo moment in a country where the movement has struggled to gain traction. On Sunday afternoon, seven of the top 30 trending topics on Weibo focused on Alibaba, with some people raising concerns that her superiors tried to silence her and others pushing for a transformation of the treatment of women in the workplace.

In a statement, a spokeswoman for Alibaba said several employees had been suspended over their handling of the matter. “Alibaba Group has a zero-tolerance policy against sexual misconduct, and ensuring a safe workplace for all our employees is Alibaba’s top priority,” she said.

In a statement on Sunday, the police in Jinan said they were “actively investigating the evidence” and would inform the public of their findings as soon as possible.

The case, and the online outrage it has fueled, builds on an increasingly vocal, but still fledgling, #MeToo movement in China that is going up against deep-seated cultural and institutional biases.

Last month, the police detained Kris Wu, a popular Canadian Chinese singer, after an 18-year-old university student in Beijing accused him of pressuring young women like herself into having sex. Mr. Wu was the most prominent figure in China to face #MeToo allegations.

When it first emerged in China in 2018, the #MeToo movement lodged some small wins, forcing several professors to resign. But women say the odds are still stacked against them in a country that tightly limits dissent and activism.

Many women say they have found it almost impossible to file police complaints because they lack video evidence, which is often required by the authorities. China’s state-controlled media is generally reluctant to investigate, so women are often forced to take their accusations online.

The few who do speak out can face lawsuits, trolling and victim shaming. Some women have been sued for defamation by the men they have accused of harassment.

In January, a Chinese court ruled that a former journalist had violated defamation laws when she publicized her accusations of sexual assault against another reporter. In 2018, Zhou Xiaoxuan, the face of China’s #MeToo movement, was sued for defamation by the man she has accused of harassing her.

While women have made great strides professionally, the workplace, particularly China’s tech industry, remains a source of deep gender imbalances.

In 2018, Human Rights Watch, a New York-based rights watchdog, said that Alibaba, along with other tech companies like Baidu and Tencent, have repeatedly published recruitment ads boasting that there are “beautiful girls” working for the companies.

In January of that year, Alibaba said it was seeking a sales manager for Taobao, its e-commerce platform. Women were preferred, ages 28 to 35, “with a good personal image and class.”

The latest accusations come at a tense time for Alibaba, which has come under scrutiny by the Chinese government. In April, the company, founded by Jack Ma, was fined a record $2.8 billion over antitrust violations. Mr. Ma’s internet finance company, Ant Group, was forced by Chinese regulators to halt its $34 billion stock debut in Shanghai and Hong Kong last year.

On Weibo, many women seized on the Alibaba employee’s description of her treatment by superiors, including their dismissal of her accusations and other behavior. In the essay, the employee said that her boss, on the work trip in Jinan, told their clients: “Look how good I am to you, I brought you a beauty.”

Other people online criticized China’s drinking culture, in which business is often conducted over alcohol-fueled meals. Several people raised concerns about whether Alibaba could shut down the discussion, given the company’s size and influence.

Alibaba’s own employees are pushing back. More than 4,000 of them formed a #MeToo group on the company intranet condemning the woman’s boss.

After filing a police report, the Alibaba employee said she viewed video footage outside her hotel room, which showed her boss entering her room four times. She accused him in the essay of duplicating her key to gain entry. She said she woke up nude on the morning of July 28 and found a box of condoms in her room.

In her essay, the employee said she had reported the incident to her superiors, who asked for video evidence. She said she was told that the company had decided not to fire her boss “because they were considering my reputation.” She said she was removed from a company chat group after posting her accusations.

The Alibaba spokeswoman said the company was looking into the matter. “We have suspended relevant parties suspected of violating our policies and values, and we have established a special internal task force to investigate the issue and support the ongoing police investigation.”

In a post on Alibaba’s intranet, the company’s chief executive, Daniel Zhang, said he was “shocked, angry and ashamed” about the incident. He said the supervisors in charge of this matter owed the employee an apology for “not handling it quickly,” according to a screenshot of the post viewed by The New York Times.

“This is not just an isolated event,” Mr. Zhang wrote. “Starting from me, the managers, human resources, each of us in Ali must be deeply stirred by this, reflect and take action.”