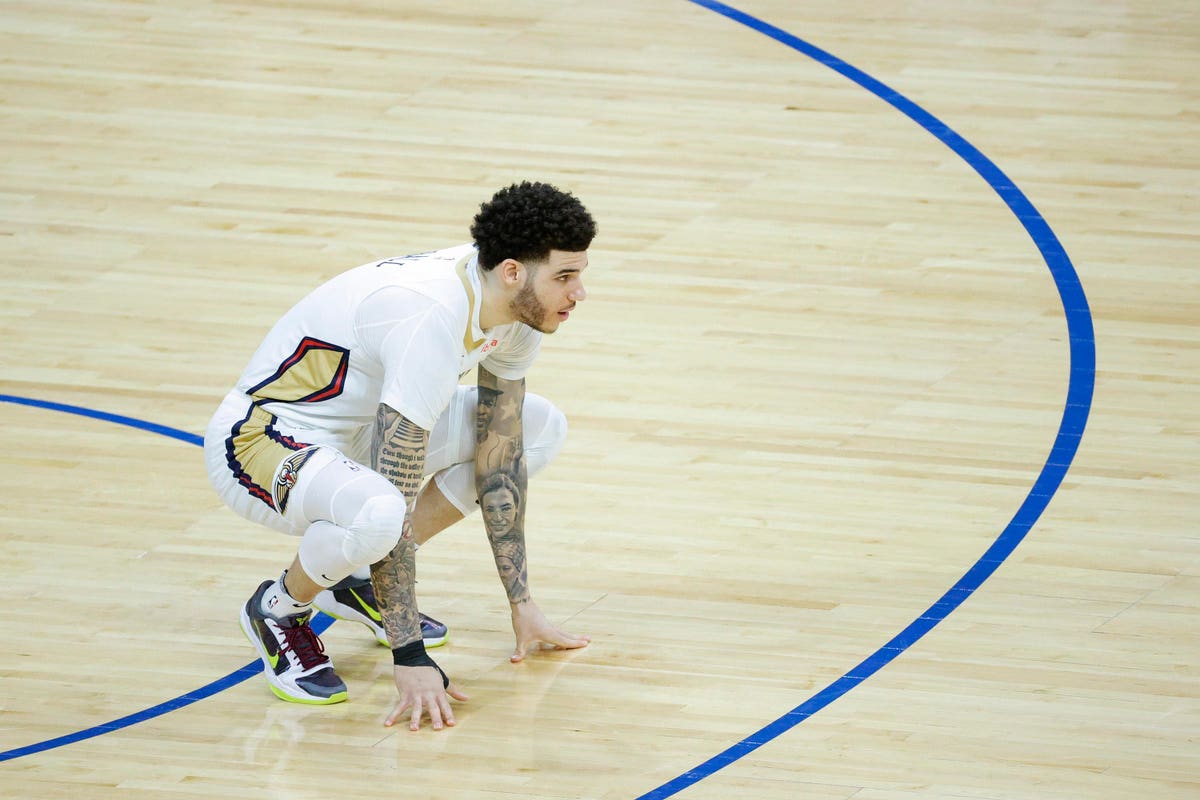 2021 NBA free agency begins Monday at 6 p.m. ET, and there’s plenty of noise surrounding restricted free agent Lonzo Ball and the Chicago Bulls. These Ball-to-Chicago rumors were popping up before the trade deadline when the Bulls tried to make a deal for him, so it’s no surprise to see things picking up with free agency about to get underway.

Bleacher Report’s Jake Fischer reported Saturday there’s “mutual interest” between Ball and the Bulls on a four-year deal worth north of $80 million. Yahoo Sports’ Chris Haynes was on NBA TV Saturday night talking about Ball likely coming to an agreement with Chicago:

Marc Stein said Sunday Ball going to the Bulls is being “hotly discussed” around the NBA. There’s so much smoke here that, at this point, it would be disappointing if Ball isn’t a Bull. Of course, nothing is a done deal until it’s a done deal.

One question with Ball and the Bulls is just how they would acquire him. Would they try to use cap space to sign him to an offer sheet? Or would they stay over the cap and try to work out a sign-and-trade? There are some complications with a sign-and-trade because of Base Year Compensation rules, which limits how much salary can go to the New Orleans Pelicans in a sign-and-trade. A sweetener in the form of draft capital could also be needed to pull this off.

Chicago did just decline Ryan Arcidiacono’s $3 million team option to clear up a little space. However, Lauri Markkanen was given a qualifying offer to become a restricted free agency, so he has a cap hold worth over $20 million. Thaddeus Young and Tomas Satoransky had Sunday deadlines for their contracts to become fully guaranteed. They make over $24 million combined for 2021-22. There could still be some maneuvering around to open up cap space (renouncing Markkanen is an option) under the projected $112 million salary cap, but the Bulls don’t have it yet.

As of right now, the Pelicans will still be able to match an offer sheet if Chicago goes that route. If the Pelicans get Kyle Lowry on a lucrative deal, that likely shuts the door on a Ball return. There are rumors, though, that the Miami Heat are the favorite for Lowry, so what would the Pelicans do if they strike out on Lowry? Would they pivot to another point guard option or match on Ball? Reporting has suggested New Orleans doesn’t want to match a big Ball offer sheet, but things can change.

There’s also the possibility of another team swooping in for Ball. Fischer says the Boston Celtics are going hard after the young guard, with Marcus Smart potentially being used as trade bait in a sign-and-trade deal. The New York Knicks have a ton of cap space and could make a big offer. The Dallas Mavericks would be an interesting option with all their cap space. Ball taking Lowry’s spot in Toronto could be a possibility, with Stadium’s Shams Charania recently lumping the Raptors in with the Bulls and Celtics as expected suitors. There are surely other teams interested as well.

Whether the Bulls get Ball or not, there are also rumblings of a potential Derrick Rose reunion. Both Fischer and K.C. Johnson of NBC Sports Chicago have brought up the possibility. Rose just had a stellar season with Tom Thibodeau’s New York Knicks after a trade from the Detroit Pistons.

Dennis Schroder is another name that has come up on multiple occasions, though he should be a backup plan on a short-term deal. It’s clear the Bulls recognize their need to upgrade in the backcourt (they also just drafted Ayo Dosunmu), especially with Coby White recovering from shoulder surgery, and they’re going to cast a wide net. Ball seems to be the top priority and is a good fit next to Zach LaVine thanks to his passing, much-improved 3-point shooting and defensive potential at 23 years old, but much more work needs to be done even if Chicago lands him.