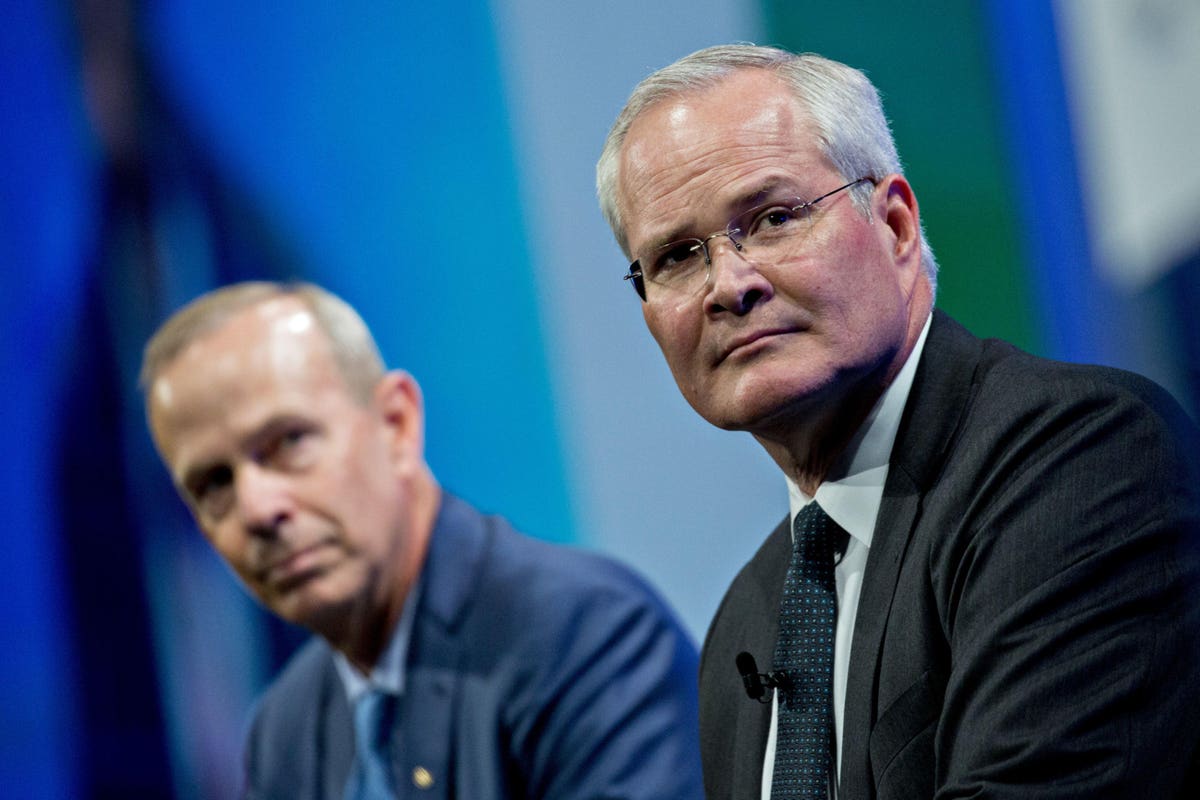 Friday produced an unfortunate energy-related story. It is a story that is emblematic of how difficult it has become for groups of parties with varied interests to work cooperatively to find common ground in the energy and environment space. It is one of a thousand stories we see every day of the current cancel culture impacting every segment of American society.

Bloomberg reports that ExxonMobil
has been “suspended”, i.e., kicked out of a group called the Climate Leadership Council (CLC), an advocacy organization that has pushed for the U.S. federal government to place a price on carbon, with the preferred method being via a national carbon tax. The group doesn’t call it a “tax,” mind you, because that’s a hard word that carries too much negative connotation. CLC chooses to refer to its idea as a “fee,” and to make that word even softer, the CLC envisions that, as part of this “fee,” the government would pay all Americans an annual “dividend” that would award a family of four a check for $2,000 at the end of each year. To reinforce its soft language around all of this, CLC has even created an advocacy arm it calls Americans for Carbon Dividends.

Nowhere on the CLC’s website does it mention the fact that, in order to receive this $2,000 “dividend,” that family of four would have had to first pay far more than that in the form of higher bills for gasoline, home heating, electricity and any other activity that involves the creation of carbon emissions in order for the program to work. After all, the goal of any tax – excuse me, “fee” – on anything is to make it more costly to consumers and thus less accessed.

So, that’s the main goal of the CLC, and it is a goal for which ExxonMobil has advocated for at least a decade now. Indeed, Exxon was one of the founding members of the CLC, although the company’s logo was erased from the organization’s website simultaneously with Friday’s announcement. Which seems like an odd action to take since that is a roster of “founding” members and supposedly not of current members. But when the cancel culture comes for you, you are erased.

To say the least, the CLC’s impressive member roster is filled with gravitas and intellectual weight. One would not expect such a collection of diverse and formidable talents to engage in unproductive actions such as shunning one of its most important members simply in order to avoid controversy. But that certainly appears to be what has taken place here.

The CLC’s decision comes just weeks after one of Exxon’s lobbyists in Washington DC was secretly recorded by an agent for GreenPeace – who posed as an executive headhunter – making controversial statements that run contrary to the company’s public positions on several topics, including the concept of a tax – or “fee” – on carbon. As I wrote when it all took place, GreenPeace then created a fake “news” report on the matter – the very definition of fake news – and sent it out to every major media organization, many of which ran with the story, one that any group, like CLC, with Exxon in its membership has no doubt been asked to respond to.

Exxon disavowed the employee’s comments and condemned him for making them. Exxon employs over 100,000 individuals, and many of them make statements contrary to company policy every day. It happens.

But for all its gravitas and intellectual heft, the CLC apparently decided it just doesn’t want to deal with the controversy, which GreenPeace has worked hard to keep alive. CLC’s CEO Greg Bertelsen said on Friday that “After careful consideration, we have decided to suspend ExxonMobil’s membership in both the Council and Americans for Carbon Dividends, our advocacy arm.”

Exxon responded with a statement calling the CLC’s decision “disappointing and counterproductive.” The company further said that “It’s more important than ever for organizations to work together to advance meaningful policy solutions to address shared challenges and society’s net-zero ambitions.”

Thus does the cancel culture make its ugly presence felt in the debate over how best to put a price on carbon emissions. Whether ExxonMobil, one of the world’s largest corporate oil companies, is a member of the CLC and its advocacy efforts or not, it will inevitably remain one of the most important players in the debate. It would certainly be more productive to have that player at the table for the concept’s key advocacy organization.

Unfortunately, this is just another great example of a decades-long littany of ENGOs putting politics in front of actually achieving the policy goals they claim to support. If the other corporate members of the CLC don’t grasp the reality that they’re also featured on the ENGO menu, they could be in for an unpleasant surprise in the not-so-distant future.