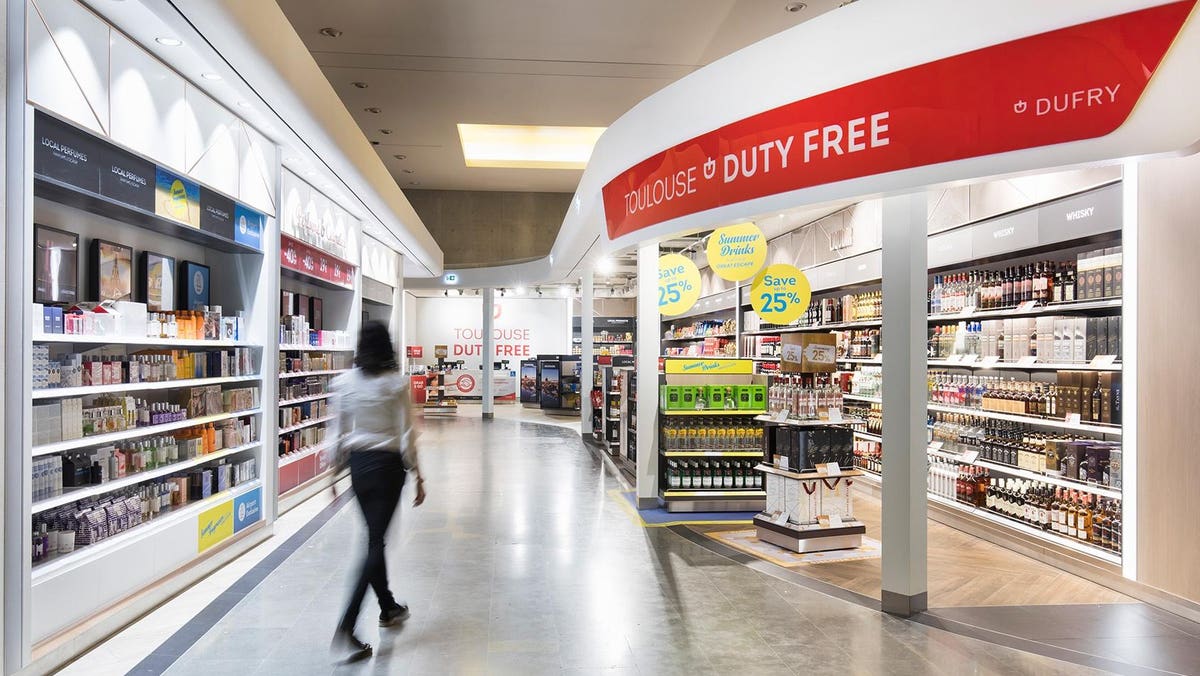 A strong resurgence in the Americas this year—led by the United States, Mexico and Caribbean—has pushed store sales in the region past the 50% threshold at the world’s biggest airport retailer Dufry.

The Swiss company has continued to suffer from the ravages of Covid-19 and a lack of international traveling shoppers, with overall organic sales in the first half falling by 85% versus the same period in 2019 to $1.29 billion (1.19 billion Swiss francs). The stock rose 3% today, but is trading at minus 11.7% year-to-date.

The drag on the duty-free retailer continues to come from EMEA (Europe, Middle East and Africa) and Asia-Pacific, with H1 revenue down 81% and 85% respectively versus the same period in 2019. Offsetting those poor performances was the Americas region where sales were off by 59% from two years ago, but almost back to 2020 levels (down 6%). The region now has a commanding 54% share of Dufry’s total sales, up significantly from 39% for the whole of 2019.

In a trading update today, Dufry said its overall performance was driven by the United States, Central America and Caribbean “due to successful vaccination campaigns and more flexible travel protocols.” While the company is suffering in EMEA—not that long ago its biggest region for sales—the second quarter offered some solace in that an upwards trend has appeared in the run-up to summer, especially in holiday hotspots in the Mediterranean, plus Eastern Europe and the Middle East.

However, Asia and several countries in South America are still impacted by highly-cautious, restrictive travel measures. Even in China—a beacon of hope for the travel retail industry concentrated in Hainan—the latest outbreak of the Delta variant and subsequent tight lockdowns shows how this channel will stay vulnerable to external Covid-19 shocks.

“Not where we want to be yet”

In a statement, Dufry Group CEO Julián Díaz said the half-year numbers were “certainly not where we want to be yet” but added that vaccination progress and supportive travel protocols had led to “clear signs of recovery” noting that net sales for July were back at -50.4% compared to 2019.

In the U.S.—where Dufry’s Hudson business is about to launch a new one-stop concept for airports—the July bounce-back is even better, down just 24% on 2019. Stronger still has been Central America (including Mexico, Dominican Republic and Caribbean) now down just -18% versus 2019 (excluding cruises).

Among Dufry’s sales channels it is cruise lines and seaports that have fared worst versus 2019, down 85% due to the lack of sailings in the first half. Some lines are preparing for restarts in places like Florida which should boost this channel for the rest of the year. Airport shops, the biggest chunk of Dufry’s sales at over four-fifths, were down 73%, while rail retailing has become the best-performing channel, off by 39%.

About 85% of stores to reopen by month end

Across Dufry’s global retail estate, Díaz told analysts today that 1,700 stores would be open by the end of this month, about 85% of capacity. Looking ahead he said that diversification of channels and geographies would be vital, while accelerating digital projects.

Among the diversifications, food and beverage—a long-time pillar for rivals like France’s Lagardère Travel Retail, and more recently a target for Heinemann—is becoming a focus. “In the current market conditions, Dufry is interested in expanding F&B, not only in the U.S. but worldwide,” said Díaz. Food, confectionery and catering have already proved their mettle during the pandemic taking their share of total sales to almost a quarter from 18% in 2019.

While the outlook for the rest of the year remains shrouded with Covid variables, Dufry’s huge cost-saving and cost-cutting initiatives in personnel and other expenses: $550 million so far, and $790 million by the end of the year, mean that the company has a buffer. It has signed reliefs on guarantees to airports for 2021 of $537 million as well.

Cash flow also moved into positive territory in May and June while liquidity remains at about $2.3 billion. On the financing side, CFO, Yves Gerster said that total capital raised through equity-linked investors of about $2 billion had a weighted average maturity of 4.6 years with no material maturities before 2024, another buffer that allows the company to relax a bit and get its post-pandemic retail strategy in order.