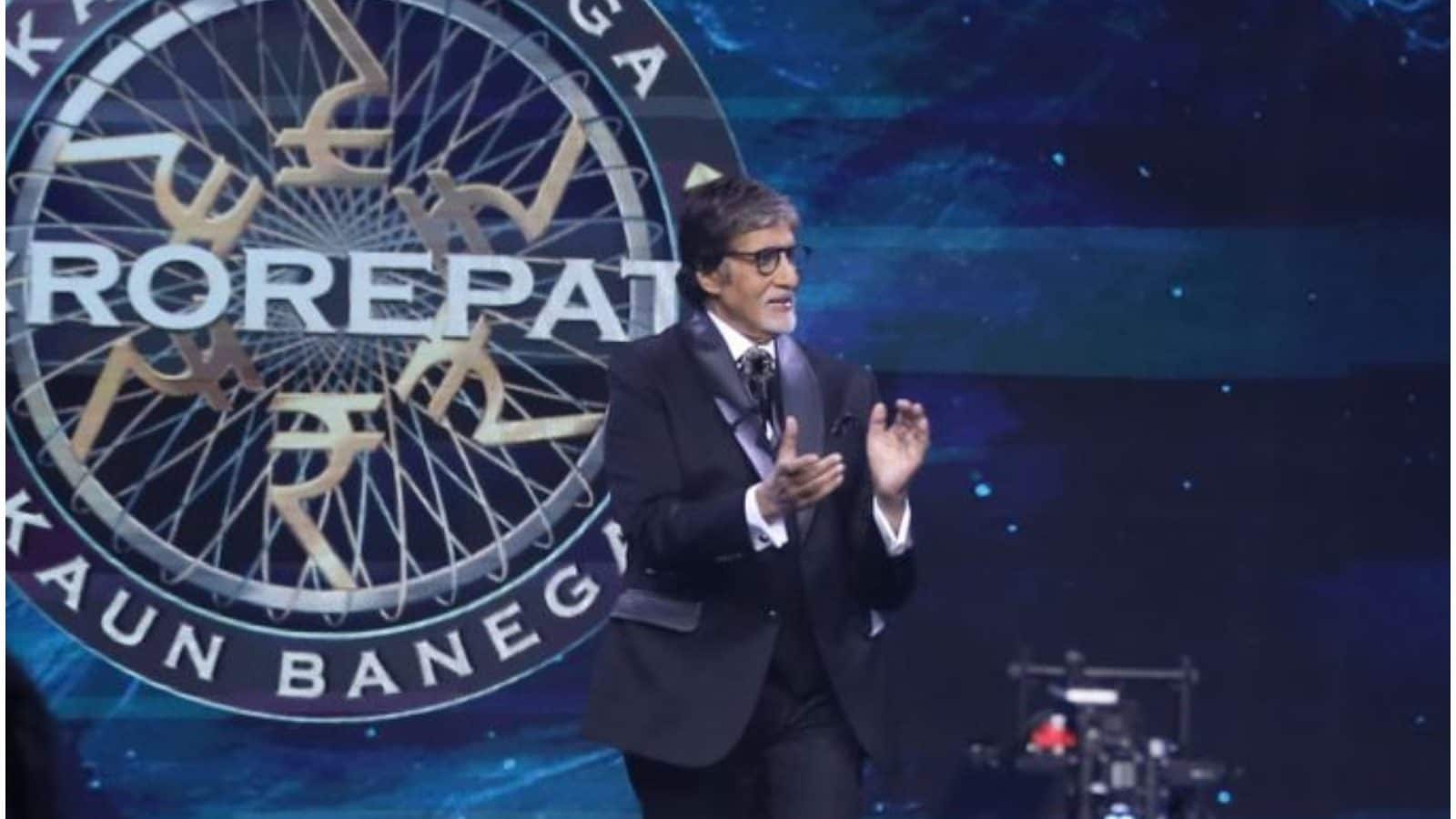 Kaun Banega Crorepati 13 has been launched with show host and quizmaster Amitabh Bachchan returning to test the contestants’ knowledge. Last year, owing to the pandemic, the makers had decided to drop the studio audience and as a result the Audience Poll lifeline was also cancelled. In the new season, the audience has returned, although less in number as compared to previous seasons, and were seen seated following social distancing norms.

Turning nostalgic during the show, its iconic host, Amitabh Bachchan, said the love of the audience gave him immense happiness. Big B said, “Dekhiye, yahaan ki jo janta aur contestants hain, yehi hain mere energy ka tonic. Jis tarah hamari studio audience jo hai, mera swagat karti hain, unke utsah se mera jo pet ka dard hai, badan ka dard hai, wo sab kuch gayab ho jata hai.” (The people at large and the contestants are my energy tonic. The way the studio audience welcomes me, it relieves me of all the aches and pains I have.) Later in the show, Big B interacts candidly with the studio audience and said they bring in new energy to the show.

In an interaction with News18, the director of KBC, Arun Seshkumar, talked about the importance of a studio audience, saying, “The live audience brings in the energy and motivation for Mr Bachchan and the contestants. A laughter or an applause changes the mood of the set. Apart from the Audience Poll lifeline which is the most important factor, there is a level of participation happening in the show. They motivate the performance of the cast and crew. When contestants are going deeper into the game, the applause levels are changing. There is a certain connect that continues to evolve. These moments were missed last year but thankfully we have the essence back. The audience comes to be part of the show and to see Mr Bachchan. When these two things are fulfilled the energy of the show multiplies.”

The first contestant, Gyan Raj introduced the Atal Tinkering Lab concept in his village and he teaches about drones and robotics to students. He shared that he was invited by ISRO after he topped in 12th board exams from his stare but could not go as his mother suffered brain hemorrhage. Gyan Raj’s mother, who is present in the audience, blesses him.

In the show, Gyan Raj won Rs 3.20 lakh. He gave the wrong answer to Rs 12.50 lakh question and dropped down from Rs 6.40 lakh prize money to Rs 3.20 lakh. To the audience, it appeared like he was not very sure of the answer but went ahead still. Earlier, his guess worked when he answered the Rs 6.40 lakh.

This season, The Fastest Finger First (FFF) has been modified to Fastest Finger First – Triple Test wherein the contestant will have to give three correct GK answers. The one who does it will be invited to play along with Big B. Giving a completely different look and feel, the sets of KBC 13 saw use of LED lights and Augmented Reality which will up the grandeur a notch higher. The familiarity has been retained as new elements enhance engagement and viewer experience.

KBC will air daily from Monday to Friday on Sony Entertainment Television at 9 PM.