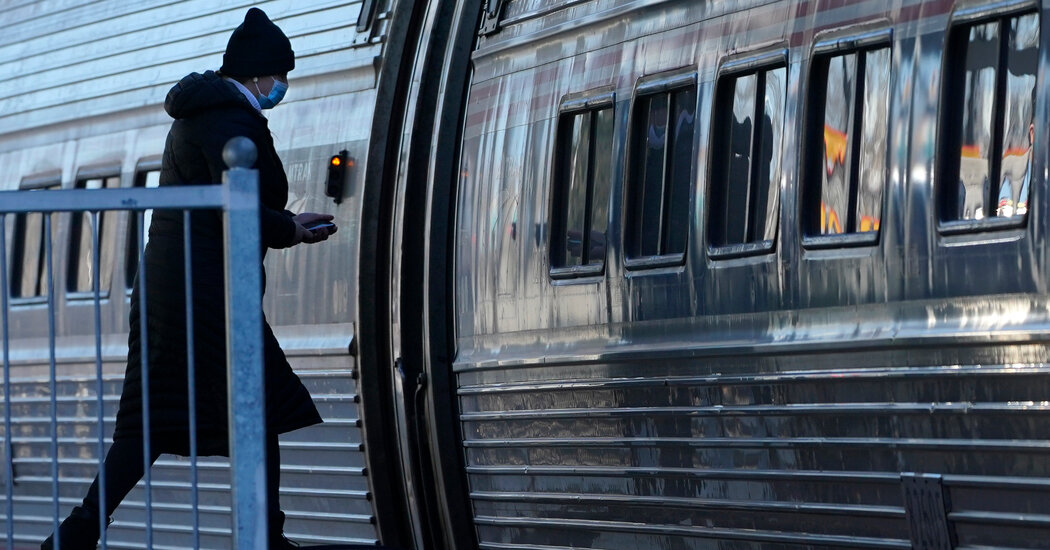 Amtrak said on Friday that it will temporarily reduce service on some trains because of staffing challenges stemming from a surge in cases of the Omicron variant among workers.

While nearly 97 percent of Amtrak workers are fully vaccinated, several hundred employees — including service personnel, conductors, engineers and mechanical crew members — have been sidelined because of Covid-19 infections or exposures, officials said. The agency will suspend 8 percent of its train departures over the next 10 weeks.

“These Covid-related absences, when combined with the general skilled work force shortage Amtrak and other transportation companies are facing, have reduced our ability to consistently deliver our current schedules and impacted the pace of hiring and training efforts,” Jason Abrams, an Amtrak spokesman, said in a statement.

The reductions will affect the Northeast Regional route, where 8 percent of weekly departures will be suspended between Jan. 24 and March 27. Amtrak will also reduce some of its long-distance service and suspend 6 percent of its weekly departures along state-supported routes from Jan. 18 to March 27.

Amtrak said it is working to resolve the issue, including trying to hire more workers and train new staff members to “avoid staffing shortfalls due to unplanned absences,” according to the statement.

Riders impacted by service reductions will be offered same-day travel alternatives and customers will be notified about changes, according to the statement.

The suspensions come on the heels of previous service reductions, both weather and Covid-related, which Amtrak instituted between New Year’s Eve and Jan. 6 . Last month, officials struck an optimistic tone and said they would likely be able to avoid cuts to service after dropping a mandate for all employees to be vaccinated against Covid-19. The agency had dropped the mandate after a federal court decision halted the enforcement of the executive order for federal contractors.

Jim Mathews, the president and chief executive officer of the Rail Passengers Association, said the agency’s decision to reduce service reflected how the virus was continuing to disrupt daily life and travel plans for Americans.

“This is a nationwide problem, not just an Amtrak problem, and we’re encouraged to see Amtrak trying to make the smallest possible cuts to carry the railroad through,” Mr. Mathews said.