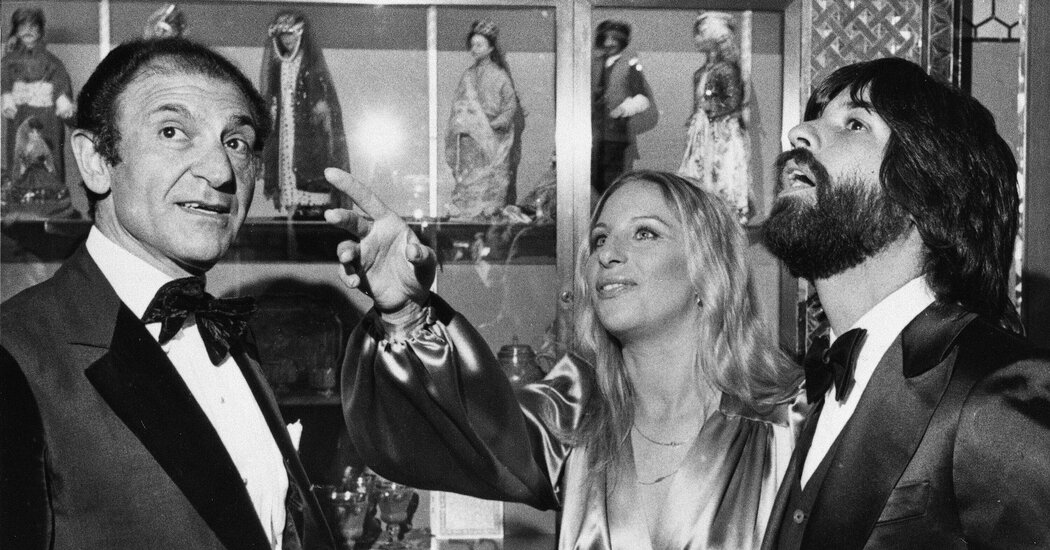 Ardeshir Zahedi, who as Iran’s ambassador to the United States hosted some of Washington’s most lavish, star-studded parties and derived his cachet in part from his closeness to the shah, died on Thursday in exile at his villa in the lakeside town of Montreux, near Lausanne, Switzerland. He was 93.

Mr. Zahedi had been hospitalized for five months with Covid, John Ghazvinian, a historian of U.S.-Iran relations at the University of Pennsylvania, said in an interview. He said he had received an email from Mr. Zahedi eight months ago in which Mr. Zahedi told him about his Covid and said that he had also fallen and broken a leg and had several bouts of pneumonia.

While serving twice as Iran’s ambassador to the United States, in the early 1960s and through most of the ’70s, the flamboyant Mr. Zahedi was best known for his extravagant entertaining in one of Washington’s most ostentatiously appointed embassies, a four-story, 46-room Georgian-style brick mansion with 14 fireplaces and terraced gardens.

The Washington Dossier, a now defunct monthly society magazine, called him “one of Washington’s 10 perfect gentlemen.” He was also one of its most eligible bachelors and an irrepressible bon vivant. On any given night, he might be leading a conga line through the hallways of his embassy. Or he might be out on the town with Jacqueline Onassis, Liza Minnelli or Barbara Walters, though he was most often romantically linked with Ms. Taylor.

But behind his image as the playboy of the Western world, as he was called more than once, Mr. Zahedi was central in cementing the power of Shah Mohammed Reza Pahlavi. Mr. Zahedi, who was the shah’s son-in-law, was closely connected to influential businessmen and politicians, and he knew eight American presidents, from Truman to the senior Bush.

During his ambassadorship in the 1970s, his connections helped grease numerous business deals. Iran sold vast amounts of oil to the United States, purchased billions of dollars’ worth of American weaponry and technology, and served as a platform from which the United States projected influence across the Middle East. Mr. Zahedi helped bring the two countries into such an intimate relationship that Mr. Kissinger, the secretary of state, came to describe the shah as “that rarest of things in international relations, an unconditional ally.”

Many in Washington were so charmed by Mr. Zahedi that they fully believed his assurances that the shah was secure in his power. President Jimmy Carter was among those deceived. Mr. Carter visited Iran in late 1977 and praised the shah for creating “an island of stability” in a turbulent region.

Barely a year later the shah’s regime collapsed, leading to one of the biggest disasters in American foreign policy, when Iranian students seized the U.S. Embassy in Tehran in 1979 and held more than 50 Americans hostage for 444 days. The shah was forced into exile, and the crisis helped upend the Carter presidency.

While Mr. Zahedi was at the peak of his popularity in Washington, he too, as one of the shah’s closest allies, was forced into exile. Over time he became increasingly outspoken against American warmongering and sanctions, and he derided the Trump administration’s threats against Iran as “a pressure tactic wrapped in bellicosity folded inside a chimera.”

Mr. Zahedi’s nationalism endeared him to many. After his death, Iranians of all political factions hailed him as a great man.

There were even calls on social media for his body to be returned to Iran for a state funeral, an unheard-of turn of events for one so prominent in the shah’s inner circle. After the 1979 revolution, those who hadn’t fled were executed.

Ardeshir Zahedi was born in Tehran on Oct. 16, 1928. His father, Gen. Fazlollah Zahedi, a charismatic officer in the Iranian Army, played a decisive role in the consolidation of the shah’s power and later became prime minister.

After World War II, Ardeshir came to New York to study at Columbia University. But he found the classes too large and his English too weak, and in 1946 he enrolled in Utah State University’s College of Agriculture. He received his bachelor’s degree in agricultural engineering in 1950. When the shah visited Utah in 1949, the two met and began their enduring relationship.

After graduation, Mr. Zahedi returned to Iran and worked for an American aid program that helped the country develop its infrastructure. A 1953 coup backed by the C.I.A. and Britain and led by General Zahedi’s army strengthened the shah’s power as a monarch and elevated the general to prime minister. Ardeshir Zahedi acted as a special courier between them.

By 1955, the shah was worried that the popular general might pose a threat to his own position and pushed him out of office, sending him to serve as ambassador to the United Nations at its European headquarters in Geneva. Ardeshir opted to stay in Tehran and work with the shah, and in 1957 he married the shah’s daughter, Shahnaz.

The two had a daughter, Mahnaz Zahedi, who is his only immediate survivor.

Mr. Zahedi was named ambassador to the United States for the first of his two tenures in Washington in 1960, but his term was troubled from the start. Attorney General Robert F. Kennedy despised the shah, according to “Eminent Persians” (2008), a book by Abbas Milani, an Iranian scholar at Stanford University and a close friend of Mr. Zahedi’s. Kennedy, Dr. Milani wrote, even sheltered members of the Iranian student opposition. Mr. Zahedi urged the White House to send the students back to Iran since they weren’t attending school, but President John F. Kennedy refused. These tensions led the shah to recall Mr. Zahedi after just two years.

The shah then appointed him ambassador to Britain, where he served from 1962 to 1966. He opened up Iranian markets to British manufacturers and entertained lavishly at the Iranian Embassy in London. The British considered him “inexperienced, not a profound thinker and apt to be impetuous,” Dr. Milani wrote, but they also felt that he had single-handedly raised Iran’s standing in the world.

Mr. Zahedi and his wife divorced after seven years, but rather than falling out with the shah, Mr. Zahedi only became closer to him and was appointed foreign minister in 1967. During that period, he drove a metallic blue Rolls-Royce and, believing that architecture denotes power, he persuaded the shah to invest in upgrading Iran’s embassies abroad.

Over time Mr. Zahedi, who could be temperamental, erupted in so many outbursts and personal clashes that he was forced to resign as foreign minister in 1971. But he stayed loyal to the shah, and despite the shah’s misgivings, he reappointed him that year as ambassador to Washington. There, Mr. Zahedi resumed his lavish parties and his practice of showering his contacts with heavy tins of beluga caviar and fine Persian rugs.

But at the same time, he was locked in an increasingly brutal battle with the growing ranks of Iranian students who were in the United States and opposed the shah.

As the Islamic revolution swept through Tehran, the shah fled in 1979. (He died in 1980.) Mr. Zahedi quietly slipped out of town. In exile, he wrote his memoirs and organized his and his father’s massive collection of papers, which he transferred in 2009 to the Hoover Institution at Stanford University.

The embassy, where the Champagne once flowed and footmen hovered behind each chair, was overtaken briefly by members of the Islamic Republic, who spent four hours pouring more than 4,000 bottles of alcohol down a drain. The embassy is still closed.

“It’s ironic,” a former partygoer told The Times in 1980, “that for the greatest entertainer of them all, there was no farewell party.”