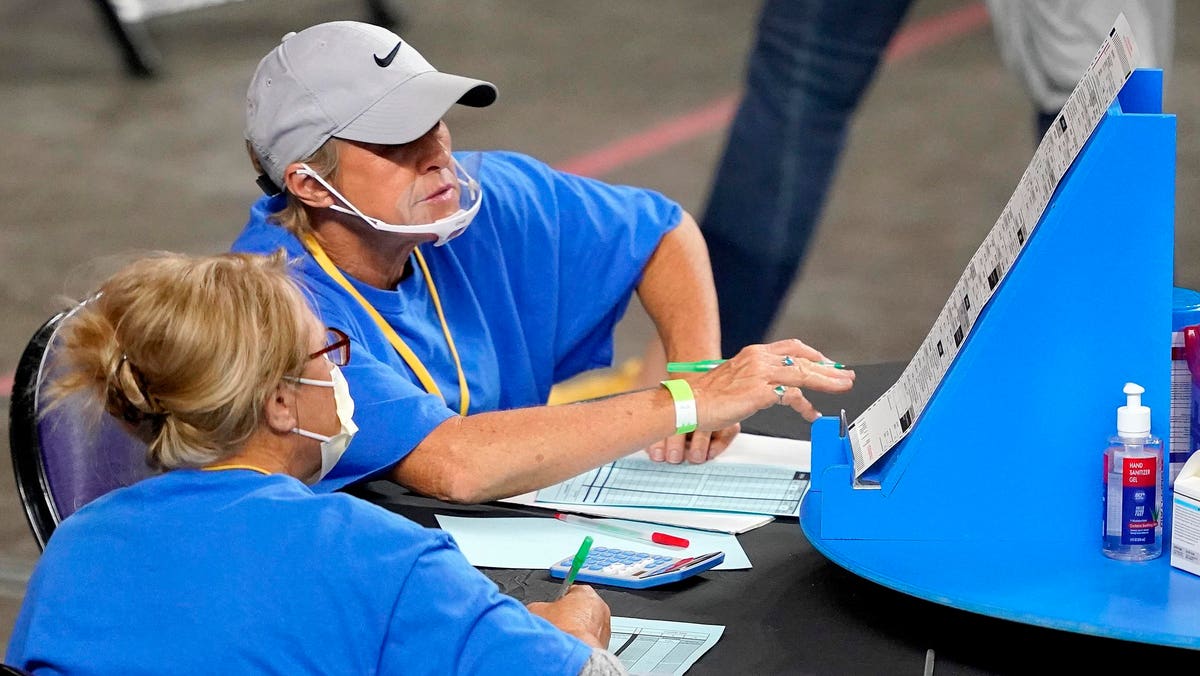 The Arizona Senate expected to receive a draft audit report Monday, but three members of the audit team tested positive for the coronavirus, including Doug Logan, the CEO of Florida-based Cyber Ninjas, the company hired to perform the audit, Senate President Karen Fann (R) said in a statement.

Fann told Forbes all three staffers are very ill with Covid-19, and one team member other than Logan was hospitalized, but it’s unclear whether their cases are related.

State senators are still expecting part of the draft audit report to arrive Monday, and they’ll review other yet-to-be-completed portions and eventually release a final report to the public at some point in the future, Fann’s statement read.

Forbes has reached out to a Cyber Ninjas spokesperson for comment.

“The team expected to have the full draft report ready for the Senate today, but unfortunately Cyber Ninjas CEO Doug Logan and two other members of the five-person audit team have tested positive for COVID-19 and are quite sick,” Fann wrote Monday.

President Joe Biden won Arizona by just over 10,000 votes last November, an upset victory former President Donald Trump and his allies insisted — without any evidence — was mired by widespread voter fraud. Earlier this year, Arizona’s Republican-controlled state Senate hired Cyber Ninjas to review millions of general election ballots in Maricopa County, the state’s largest county. Republicans say they’re aiming to ensure the election was fair, but the audit has attracted near-constant criticism from local and national observers who view it as a highly partisan exercise and a pretense to keep baselessly doubting the election results. Republican officials in Maricopa County say they can no longer use their voting machines after auditors took custody of them, and staffers have been accused of mishandling ballots and inspecting them for traces of bamboo, testing a bizarre conspiracy theory that contends votes were shipped into Arizona from Asia. Some of this criticism has concentrated on Cyber Ninjas, a little-known firm that appears to lack any experience auditing elections.

“Despite frequent references to this review as an audit, the exercise undertaken by the Arizona Senate’s Florida-based contractor, Cyber Ninjas, fails to meet industry standards for any credible audit, much less for an election audit,” Arizona Secretary of State Katie Hobbs (D) said in a report last week.

Democrats on the U.S. House Oversight Committee launched an investigation into the Maricopa County audit last month, asking Cyber Ninjas to hand over documents on the audit’s partisan roots, funding sources, unusual practices and ties to Trump and his associates. On Monday, the committee said Cyber Ninjas still hasn’t fully complied with its requests, and gave the company until Friday to send over more documents.

His cybersecurity firm is working on the Arizona ‘audit’. But people who know him have questions (CNN)