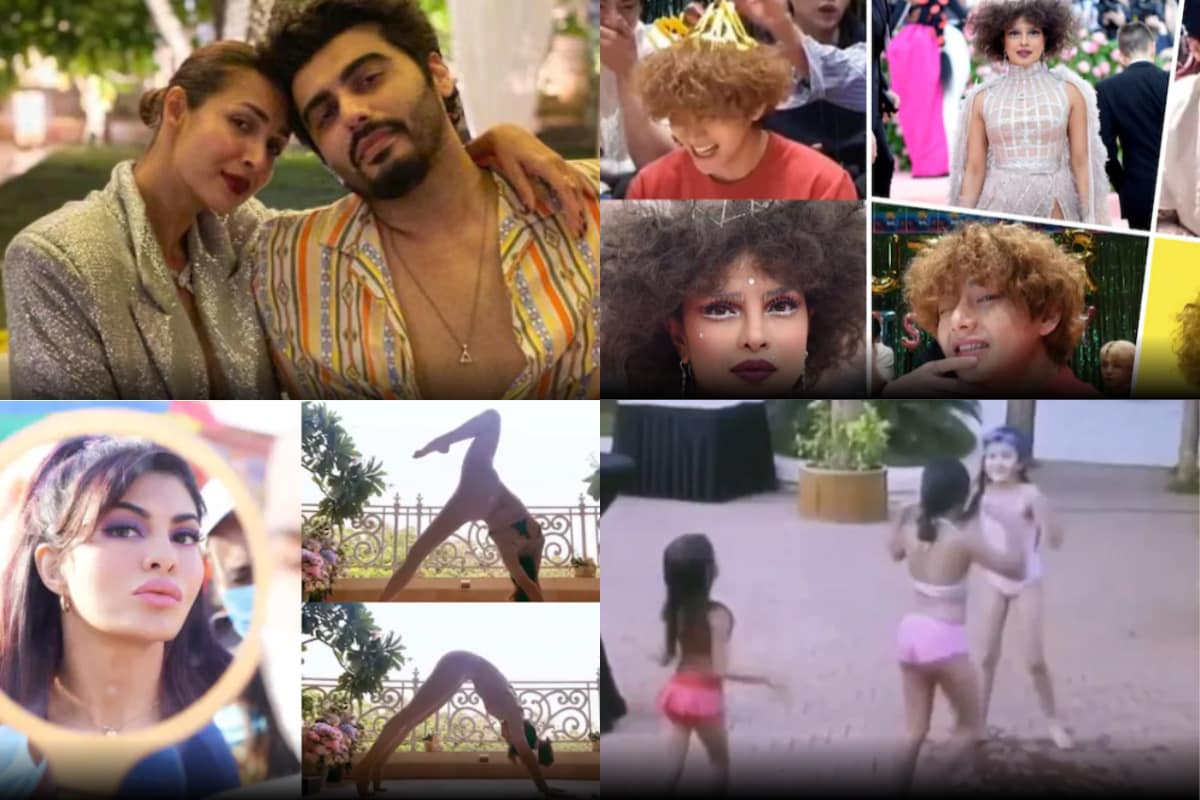 Malaika Arora and Arjun Kapoor went public with their relationship in 2019 after keeping it under wraps for a long time. While their fans couldn’t be happier to see this Bollywood couple enjoying the company of each other, there is no dearth of naysayers who have a problem with the fact that Malaika is 11 years older than Arjun and also has a son. In a new interview with Film Companion, Arjun Kapoor has opened up about dating Malaika who was previously married to Arbaaz Khan.

“I don’t try and be overtly talkative about my personal life, because I feel you should respect your partner, and there is a past there… And I’ve been in that situation where I’ve seen things pan out publicly and it’s not always very nice, because there are kids affected,” the actor said.

Read: Arjun Kapoor Says He ‘Respects’ Malaika Arora’s Past, Opens Up on Dating ‘Someone Older with Son’

TS’ new song Butter is for sure a summer bop and has already begun to shatter records on YouTube. According to Chart Data’s Twitter handle, in just 10 minutes, the music video surpassed the 10-million view mark, and it became the fastest to do so. Within less than 24 hours, the music video registered 101.2 million views. With this, Butter has surpassed all previous records set by BTS.

BTS members on May 21 did a global press conference for their new song and spoke on numerous subjects. But the highlight of the conference was V and his perm hair. It further became hilarious when Jungkook started playing with V’s hair. The former inserted forks in his hair, which appeared like a crown of forks.

Shah Rukh Khan’s daughter Suhana Khan turns a year older today and her BFF Shanaya Kapoor took to social media to extend her best wishes in the most special way. The star-kid dropped a throwback video from their childhood days where the girls can be seen dancing their hearts out on the song, Ye Mera Dil Pyaar Ka Deewana in swimwear.

While Suhana can be seen sporting a cute red bikini top and skirt, Ananya donned a blush pink bikini and Shanaya wore a faded pink monokini. The trio looks super adorable in this unseen video. Sharing the clip, Shanaya wished her and wrote that they’re forever going to be dancing together.

It is no secret that actress Jacqueline Fernandez is full of grace and calm when it comes to doing yoga. However, her latest Instagram post shows that she can maintain her elegance and even accommodate her two cats while striking some impressive asanas.

The 35-year-old was seen in a beige-coloured bodysuit as she set up her workout accessories in the latest Instagram post. Jacquline’s two cats are also seen roaming around the balcony surrounded by plants and flowers.

Read: Watch: Jacqueline Fernandez Flaunts Her Jaw-dropping Body As She Performs Yoga With Her Cats

The contestants of the popular singing reality show Indian Idol 12 will be paying a musical tribute to late composer Shravan Rathod, in its upcoming episode. Shravan Rathod, who belonged to the duo Nadeem-Shravan, who passed away in April due to Covid-19.

In a promotional video shared by Colors, contestants Ashish Kulkarni and Nihal Tauro can be seen singing Main Duniya Bhula Dunga from Aashiqui, which was composed by Nadeem Shravan. Roop Kumar Rathod, Kumar Sanu and Anuradha Paudwal, who were also present as guests were seen showering praise on the singers.