As Fans Return, The Business Of Lucas Oil Pro Motocross Starts To Rebound 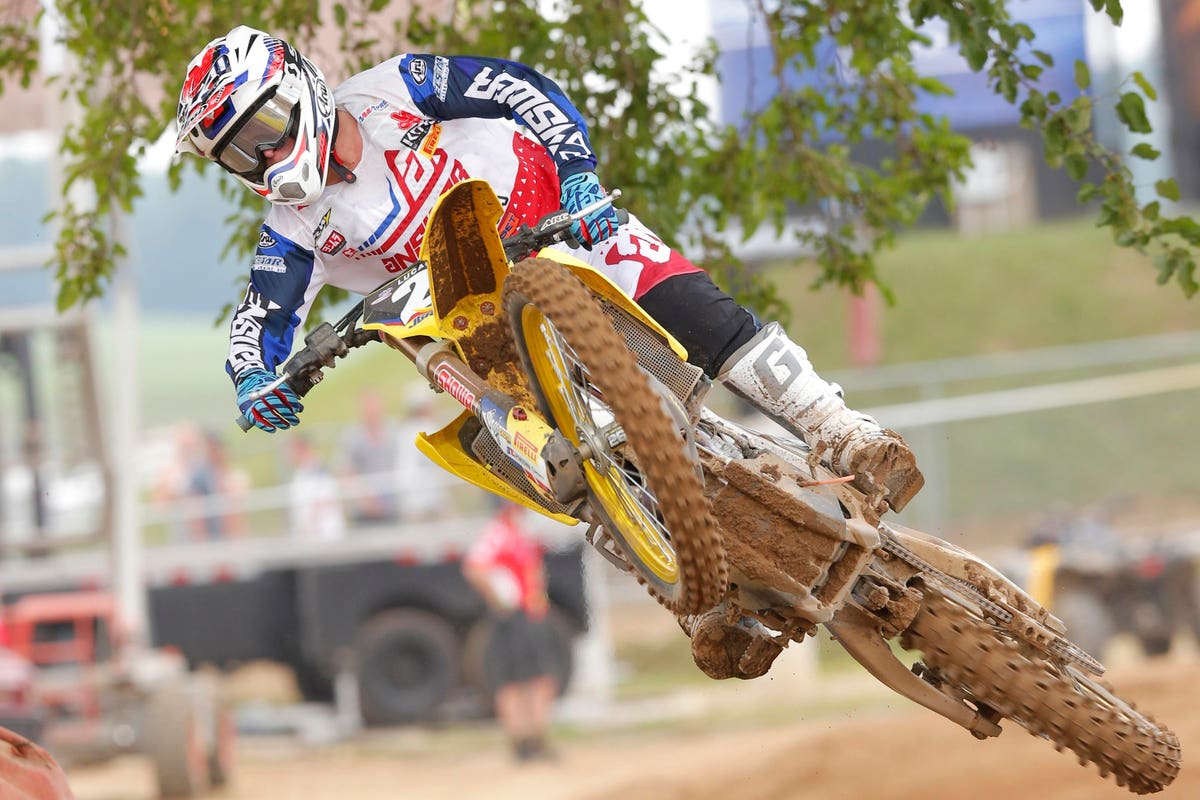 While the 2021 Lucas Oil Pro Motocross Championship season started with pandemic restrictions capping attendance, over the course of the summer the outdoor national series is seeing fans flock back to the track with increasing numbers. That has buoyed the bottom line where the gate is the critical revenue stream.

It’s 8am on a Saturday in southwest Washington. Here, about an hour outside of Portland on a beautiful two-lane highway that follows the Washougal River, one would expect little traffic other than those looking to get some early fly-fishing in. Edge around a corner, and traffic is at a complete stop. Hundreds of cars inch forward. It will be an hour before we reach our destination just over a mile away.

While it’s expected there would be traffic, after 20 years of making the trek to the Washougal Motocross, it catches me off-guard that there’s this much traffic this early. No one seems to mind. After all, the race was cancelled last year due to the pandemic.

So, on a hot day in what is considered by most to be the most picturesque stop on the Lucas Oil Pro Motocross circuit, one of the biggest crowds – maybe ever – arrives to see the best racers in the country tackle the course. While race organizers would not reveal the total number, based on prior races attended where attendance was close, approximately 20,000 sprinkle themselves across the hillside track – many with folding chairs under the trees on “Horsepower Hill.”

Like other forms of motorsports, demand to see racing has returned in a big way as vaccination rates increased allowing for racing to return, even as the cloud of the pandemic seems to hover over everything. Unlike Supercross, in which races are held within urban cores, the grassroots of fans – many of which race at the amateur level – fuel the outdoor motocross series where fans must make the drive well outside the city.

“We have been incredibly fortunate that our season started around Memorial Day weekend,” said Davey Coombs, president of MX Sports Pro Racing that runs the AMA-sanctioned events in the Lucas Oil Pro Motocross Championship series. “There’s been a lot of pent-up enthusiasm for people wanting to get back outside and do the things were used to doing before the pandemic upended life in 2020. While we struggled last year with crowds, this year has been unbelievable. During the first events of the season attendance has been up, and a few of them have been records.”

And it’s not just attendance that’s seeing a surge in 2021. Television viewership has increased dramatically, as well. In a deal that sees MavTV produce the broadcasts for the Lucas Oil Pro Motocross Championship, NBC Sports carries the races either live or delayed. On July 17, just before NBC would cut over to wall-to-wall Summer Olympic coverage, the Circle K Spring Creek National in Millville, MN drew an average audience of 924,000 a minute and peaked at just under 1 million. That ranked them 10th in sports content just behind the NASCAR Xfinity race. With the Olympics requiring NBC Sports’ full attention, the Washougal race on July 24 afforded MavTV to air all four motos live, something MX Sports Pro Racing has been unable to do prior.

As Triumph Enters The Motocross Space, Other Manufacturers Will Be Part Of The Future

One of the biggest stories that hit just before the Washougal race was the announcement that Triumph would be investing in a motocross and enduro line of motorcycles. The news caught most everyone off-guard, especially with the legendary Ricky Carmichael joining the company in an advisory role.

Asked about Triumph joining the Lucas Oil Pro Motocross series as a manufacturer alongside the likes of Honda, KTM, Kawasaki, Yamaha, Suzuki, and Husqvarna, Coombs said he was working with the AMA to change a rule that would allow more boutique-oriented manufacturers to join the series. Currently, there is a homologation rule with the AMA that requires manufacturers to have at least 400 units for sale in the domestic national motocross or supercross race. Coombs said the rule, created in the 1980s when there were just four brands, is something they’re looking to tweak to allow more manufacturers, like Triumph, to field teams. Already the Spanish made GasGas has a team racing in the series that saw Justin Barcia win the overall in the 450cc class at the Spring Creek National. Coombs said next season, Beta, also manufactured in Spain with U.S. distribution will field a team in the Lucas Oil Pro Motocross Championship.

All of which makes the future bright for outdoor motocross. The pandemic, as horrible as it has been, has spurred a growth in motorcycle sales as people look to the freedom of the outdoors to break free from the monotony of lockdown life.

“If there’s been a silver lining for us in [the pandemic] that has upended the entire world and a huge price for it to pay, it’s that some people have reconnected with the outdoors sports — specifically, recreational motorsports,” Coombs says. “And we’ve been the place where they’ve all wanted to get back out.”