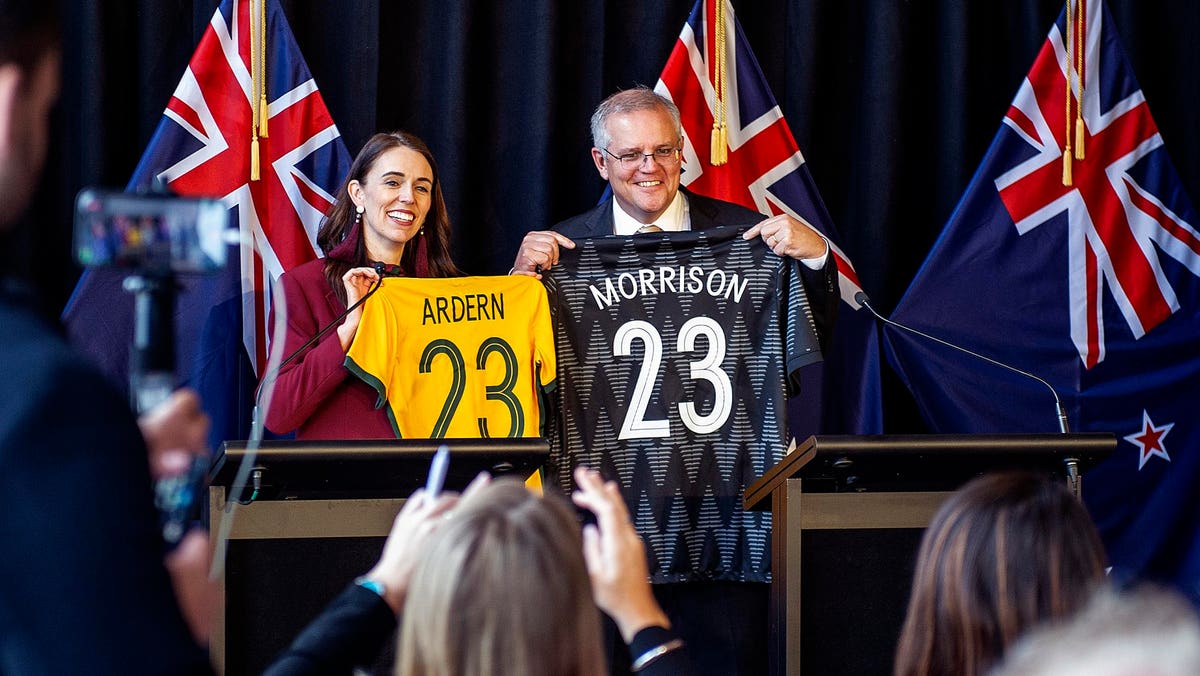 A day after New Zealand authorities extended their strict nationwide Covid-19 lockdown to fight a delta variant outbreak, the leader of neighboring Australia dismissed the island nation’s Covid elimination strategy as “absurd” even as his own country witnesses its worst infection outbreak since the start of the pandemic.

On Monday, New Zealand Prime Minister Jacinda Ardern announced that the nationwide level 4 lockdown—which was previously extended until August 24—will now remain in place at least until August 27.

Since the start of the current outbreak last week, which is the country’s first local outbreak in six months, New Zealand has reported 148 new community Covid-19 cases, of which 137 were reported in its largest city Auckland.

Despite the outbreak being driven by the more infectious delta variant, Ardern insisted that New Zealand will stick to a Covid elimination strategy—which aims to ensure zero local transmission—as the “go hard, go early” strategy adopted by the government at the start of the pandemic has helped prevent prolonged lockdowns.

While criticizing some Australian states for keeping their borders closed to New South Wales—the epicenter of Australia’s current outbreak—the country’s Prime Minister Morrison said it was “absurd” if any state thought that it could protect itself from the delta variant forever.

Morrison then took a shot at his trans-Tasman neighbor, which has been hailed as rare pandemic success for its approach, noting that “New Zealand can’t do that.”

“For now, everyone is in agreement: elimination is the strategy. There is no discussion or debate amongst any of us about that because that is the safest option for us,” Ardern told the press at her daily briefing Monday.

Speaking to 9News, Morrison said: “Covid is a new different world. We need to get out there and live in it. We can’t stay in the cave, and we can get out of it safely. If not at 70 or 80% [vaccination coverage], then when?”

23.6%. That’s the percentage of eligible people in New Zealand who have been fully vaccinated against Covid-19, or around 1 million people, according to official government data. With 30.88% of its population fully vaccinated, Australia is faring slightly better than New Zealand. But both country’s sluggish vaccine rollout has faced criticism, leaving them vulnerable to fresh outbreaks that could undo their early pandemic success.

Prior to the current outbreak, New Zealand’s strict border restrictions, quarantine measures and strong contact tracing efforts had allowed it to effectively stomp out the local spread of Covid-19. New Zealand has reported only 26 deaths from the deadly virus since the start of the pandemic. The successful implementation of this ‘zero-Covid’ approach—hailed by many around the world—has meant that the country has been able to pull this off without resorting to protracted lockdowns. Similarly, Australia had managed to nearly stomp out the local spread of Covid-19 inside its borders at the start of this year by implementing some of the strictest lockdown and quarantine measures in the world. But a delta variant outbreak in New South Wales (NSW) and its capital city Sydney, that began two months ago, has undone a lot of Australia’s early pandemic success. Critics have slammed the NSW government for failing to impose a strict lockdown when the outbreak was first detected, but the Morrison government has backed the state. Unlike NSW, however, New Zealand imposed a strict nationwide lockdown moments after its first local case was detected last week.