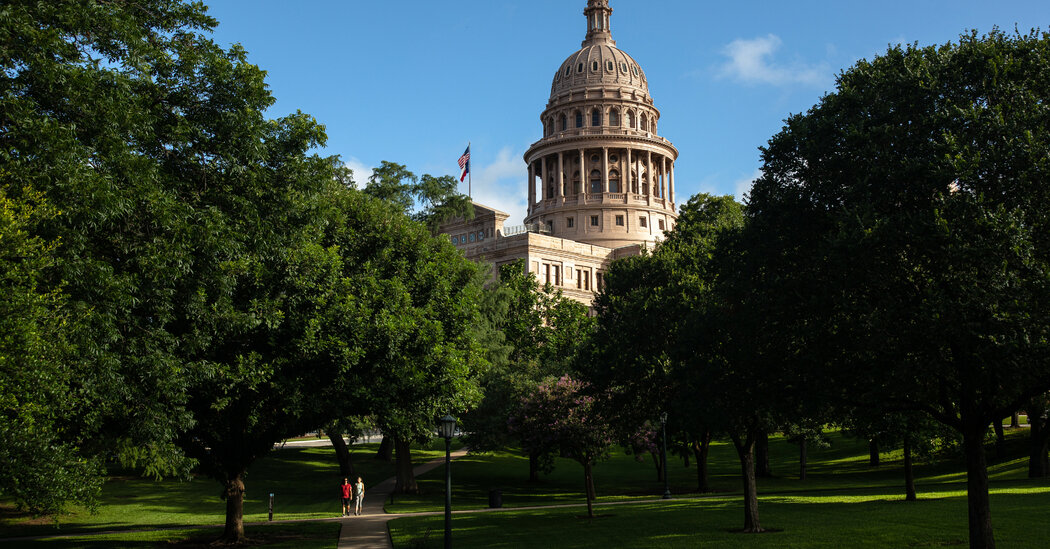 The authorities in Austin, Texas, warned the public on Saturday that the city’s Covid-19 situation had grown desperate, as a surge in cases driven by the Delta variant swamped hospitals while city officials were prevented from issuing mandates for masks and vaccinations by order of the state’s governor, Greg Abbott.

In an alert sent via text, phone call, email, social media and other channels to people in the area on Saturday, the city authorities said: “The Covid-19 situation in Austin is dire. Healthcare facilities are open but resources are limited due to a surge in cases.”

Bryce Bencivengo, a spokesman for the city’s Office of Homeland Security and Emergency Management, said that Friday had been one of the worst days for Austin’s hospitals since the pandemic started. More than 100 new Covid patients were admitted that day, he said, and intensive care units were near capacity, with Covid patients occupying more than 180 I.C.U. beds and 102 of those patients on ventilators.

“We are in the single digits of I.C.U. beds available,” Mr. Bencivengo said, adding that patients in emergency rooms were being forced to wait for space in the I.C.U.s to open up.

Austin’s mayor, Steve Adler, said in an interview on Saturday that the crisis could have been avoided if Mr. Abbott had not barred local government officials from issuing mandates on masking. He said the city’s authorities wanted to avoid suing Mr. Abbott, but that “ultimately we’re going to need to do what is necessary to fight for the safety of our community.”

“Our hospitals are just beyond strained,” he said.

Alison Alter, a City Council member, was more blunt. “The governor is preventing the city from keeping kids and adults safe,” she said in an interview. “He’s going to have a lot of deaths on his hands here. This is a matter of life and death for our community.”

An executive order Mr. Abbott issued in May prevents counties, cities, public health authorities and local government officials from requiring people to wear masks, and warns that violators could be fined $1,000. Mr. Abbott signed a more far-reaching executive order on July 29 barring both mask and vaccination mandates, and prohibiting public agencies and any private entities that take public funds, including grants and loans, from requiring proof of vaccination.

In a statement on Friday, three Austin-area hospitals said the vast majority of the Covid patients they were admitting were unvaccinated or partly vaccinated.

“We urge the community to get vaccinated to protect themselves and their loved ones — and to lessen the burden on our frontline workers who have been fighting this virus for the last year and a half,” said the statement, issued by Ascension Seton, Baylor Scott & White Health and St. David’s HealthCare.

The hospitalizations in Austin are at the tip of a surge in the area, hitting heights last seen before vaccinations became widely available, according to a New York Times database. Travis County, where Austin is, reported more than 3,400 active coronavirus cases on Friday, including 467 new infections. Its daily average of new cases rose 189 percent over the last two weeks.

Scores of the state’s counties have reported caseloads that have more than doubled over two weeks, and some are seeing even larger surges than Austin. Bexar County, where San Antonio is, has seen its daily average shoot up more than 300 percent, to nearly 1,500 cases.

With 76 percent of the state’s most vulnerable population — those over 65 — fully vaccinated, deaths have risen far more slowly. But some of the counties seeing huge surges lag behind the state’s overall vaccination average of 44 percent. Some counties fall below 30 percent.