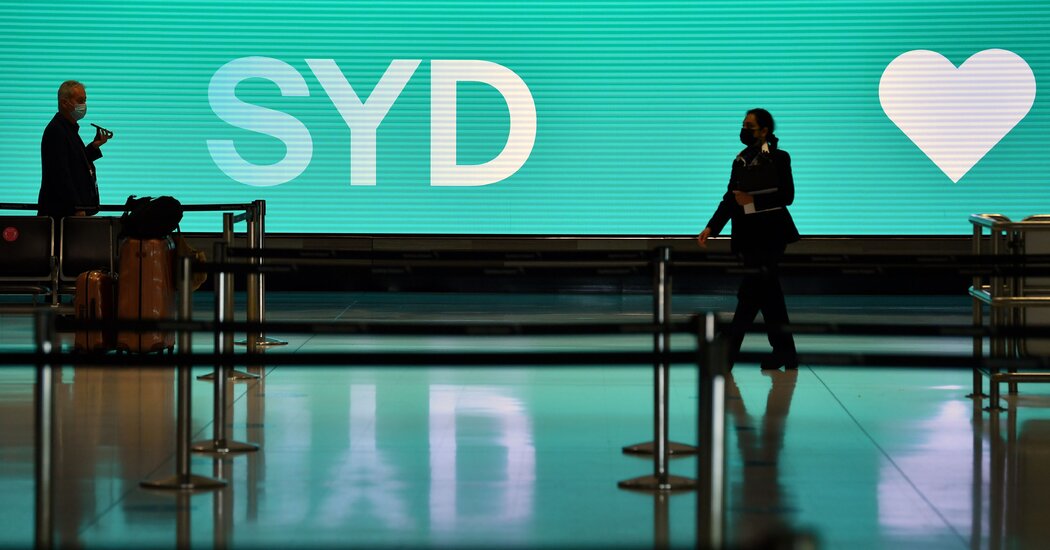 Australia will lift its bans on international travel in November under a plan that Prime Minister Scott Morrison outlined on Friday. It is the second time in 10 days that officials have accelerated the country’s plans to ease travel restrictions.

Until last month, Australia was poised to keep its borders closed into 2022. The tourism minister, Dan Tehan, then said that they could reopen by Christmas.

“It’s time to give Australians their lives back,” Mr. Morrison said, announcing that he would begin to reverse a policy that since March 2020 has only allowed some Australians and others to enter the country and blocked all outbound trips except for essential work.

Australia’s tough Covid restrictions, including its strict border rules and local lockdowns, have been praised for helping to contain infections, but have also separated families.

As vaccinations speed up, Mr. Morrison is urging state leaders to ease lockdown measures that have challenged the economy and subjected over half the population to strict lockdown orders for months.

The moves come amid a recent surge of infections nationwide. In Victoria, the state that includes Melbourne, the authorities reported a record 1,438 daily cases on Thursday, a third of which were traced to illegal social gatherings, including parties for last weekend’s Grand Final, Australia’s Super Bowl.

Starting next month, various regions will reopen at different times according to their vaccination rates. States and territories will be able to reopen to international travel once they fully vaccinate 80 percent of their eligible residents.

New South Wales, which includes Sydney, is on track to be the first region to cross the 80-percent threshold and could become the first test for Mr. Morrison’s push to allow Australians to travel internationally. The state has fully vaccinated about 65.2 percent of its eligible residents, according to data released by the Australian officials.

About 44 percent of Australia’s population has been fully vaccinated, according to the Our World in Data project at the University of Oxford.

Once the borders start to open, fully vaccinated Australian citizens and permanent residents will still need to quarantine at home for seven days upon entry. Foreign tourists will not immediately be able to visit, but the government said it was working toward allowing them to come in.