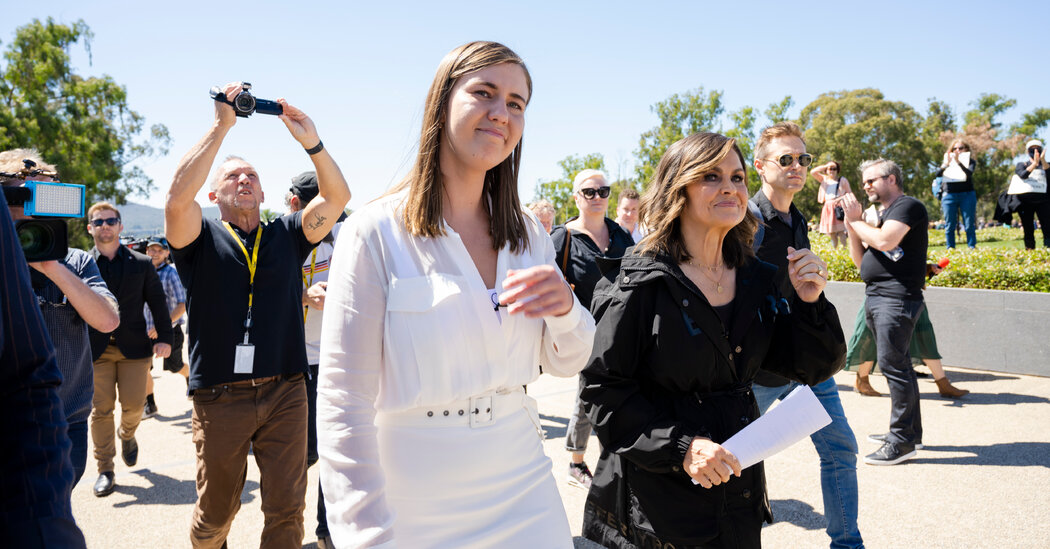 MELBOURNE, Australia — Months after a former Australian government employee said she had been raped in Parliament House, the police announced on Friday that they intended to charge a man with sexual assault in the case.

The former government employee, Brittany Higgins, 26, sent shock waves through the country when she said earlier this year that she had been attacked by a co-worker in 2019. He had offered to take her home after drinks with colleagues, she said, but instead assaulted her when she fell asleep in the office of the defense minister. At the time, she was just weeks into a new job with the defense minister then, Linda Reynolds.

The accusation set off a debate about the culture of misogyny in the nation’s halls of power, and women’s advocates criticized some of the country’s most powerful politicians for mishandling the allegations.

After Ms. Higgins went public, three other women came forward with allegations that they had been sexually assaulted by the same man. In the following months, numerous current and former female politicians and staff members shared their own accounts about inappropriate behavior by male colleagues.

On Friday, the police in the Australia Capital Territory said they had served notice to a 26-year-old man to appear at a court in Canberra on Sept. 16 to answer a charge of one count of sexual assault.

“Police will allege the man had sexual intercourse with a woman without consent at Parliament House on Saturday, 23 March 2019,” the authorities said in a statement. The maximum penalty for the crime is 12 years in prison, the police said

A phone call and email to Ms. Higgins’s lawyer seeking comment were not immediately returned. Neither Ms. Higgins nor the police have publicly named the man.

His lawyer, John Korn, said in a statement to a local news outlet, news.com.au: “My client absolutely and unequivocally denies that any form of sexual activity took place at all. He will defend the charge.” Efforts to reach Mr. Korn by phone, text message and email were not immediately successful.

The police announcement brought an outpouring of support for Ms. Higgins on social media.

Janine Hendry, the main organizer of protest marches in at least 40 cities earlier this year against sexual violence, posted on Twitter, “It has taken a while …. #EnoughIsEnough #March4Justice.”

Ms. Higgins said she went to the police in 2019 after the attack and told Ms. Reynolds and other staff members what had happened. But she dropped the case, she said, because she was made to feel as if she could lose her job if she pursued it. She said she had even been invited to a meeting about her claims in the same room where she said the assault had taken place. She decided to file an official police report in February.

Last month, the government accepted a recommendation from one such review that one-hour in-person training sessions on sexual harassment should be mandatory for politicians, although there will be few consequences for those who do not attend.

Other recommendations it accepted included an independent complaints mechanism for staff members and tightened after-hours access to Parliament House.