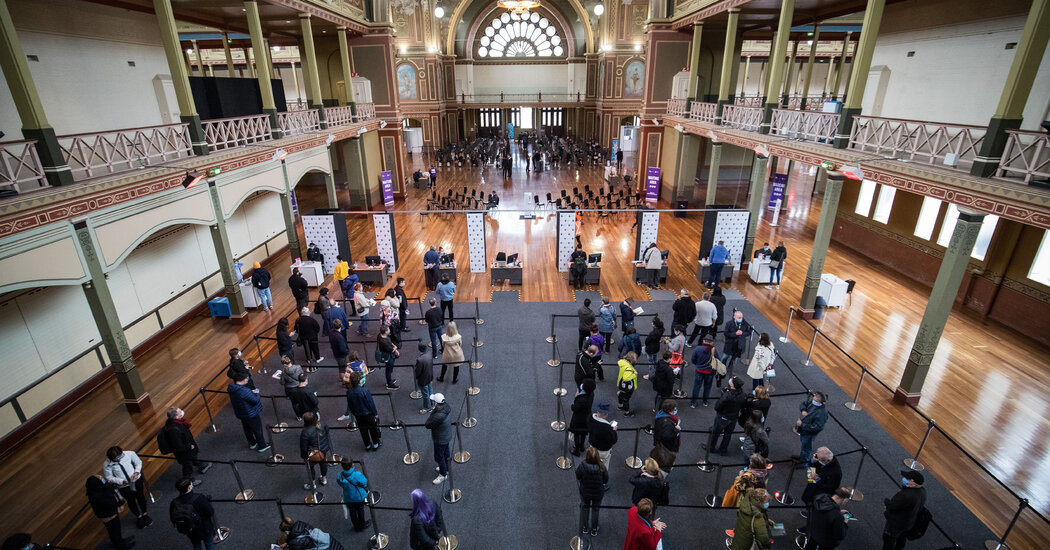 The Australian government’s approach to securing Covid vaccines has come under scrutiny again after it released documents detailing the early stages of talks with the drug maker Pfizer.

Internal government emails, released in response to a Freedom of Information request by an opposition party politician, show that a Pfizer Australia representative wrote to the Australian minister of health, Greg Hunt, in late June last year to request a meeting. The Pfizer representative wrote that the pharmaceutical giant had “the potential to supply millions of vaccine doses by the end of 2020.”

The request was passed to a senior official, a first assistant secretary of the health department, who met with Pfizer the following month. Subsequent emails show that Pfizer had asked the Australian government to sign a confidential disclosure agreement, which the official said was “not usual practice” for the government.

The exchange occurred around the same time that the U.S. and British governments were finalizing multibillion-dollar deals with Pfizer to secure access to large numbers of vaccine doses. That month, Britain bought 30 million doses and the United States 100 million.

The released documents do not include information about costs, or about the scope of the confidentiality agreement.

Opposition politicians including Ged Kearney, the lawmaker who filed the Freedom of Information request, have used the documents to amplify criticism that Prime Minister Scott Morrison’s government bungled the vaccine rollout, which has been slowed in part by a tight supply of Pfizer doses. Opposition leaders criticized the government for a slow response to Pfizer’s offer, which they said put Australia “months behind other countries.”

After Pfizer wrote to Australia on June 30, the government “moved immediately to formal negotiations,” including negotiating a confidentiality agreement, the spokesperson added. In August 2020, Mr. Hunt’s office met with Pfizer’s leadership to discuss issues such as supply chains and costs for the first time, the released documents show.

Last November, Australia signed a deal with Pfizer to procure 10 million doses, the first of which arrived in February, about two months after the United States received its initial supplies. Australia has since purchased another 30 million doses from the company.

This is not the first time that the Australian government has faced scrutiny over its approach to Pfizer. In July, Kevin Rudd, a former prime minister, claimed that he had personally appealed to Pfizer’s chief executive, Albert Bourla, to speed up vaccine deliveries to Australia after Mr. Morrison had failed to speak to him. Mr. Morrison’s government denied that account and said that it was in regular contact with Pfizer’s leadership in Australia.