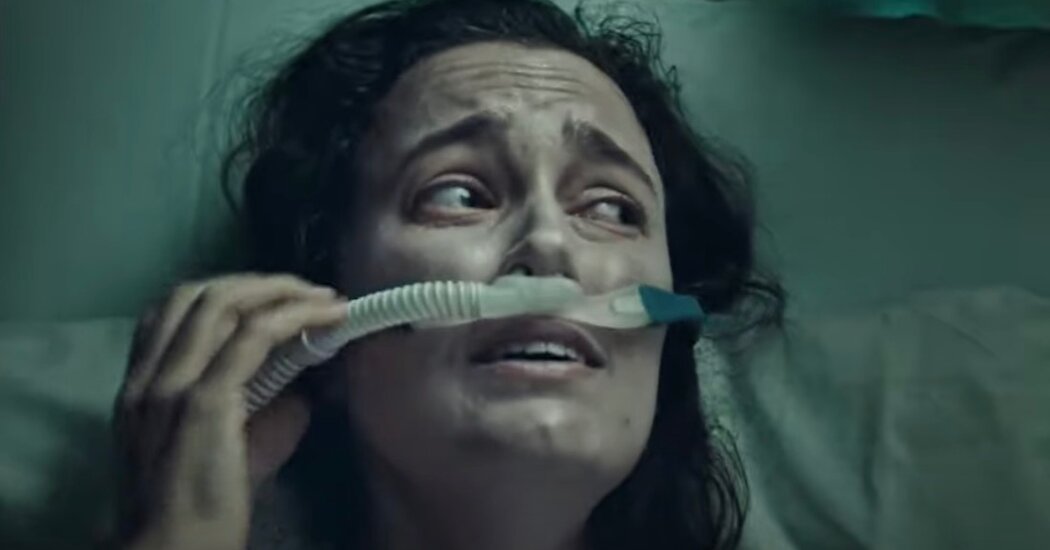 Australians have lashed out at the government after the release of a graphic advertising video that depicts a woman with severe symptoms of Covid-19, arguing that it unfairly blames younger people, most of whom are ineligible for vaccination.

The campaign, released on Sunday and aimed at encouraging Australians to get vaccinated, depicts a sweating woman lying in a hospital bed gasping for air. Her eyes are desperate. She claws at the breathing tube in her nose. “Covid-19 can affect anyone,” reads the text that follows. “Stay home. Get tested. Book your vaccination.”

The advertisement first aired in Sydney, a city of more than five million people that is battling a ballooning outbreak of the Delta variant of the coronavirus. On Tuesday, the authorities reported 89 new cases and Australia’s second death from the virus this year as concerns continue over a slow vaccine rollout.

Only about 9 percent of Australia’s population is fully inoculated, according to New York Times data, and those younger than 40 can only receive the AstraZeneca shot after getting clearance from a doctor. They are not eligible for the Pfizer vaccine, the only other vaccine authorized for use in Australia.

“Is the new Covid ad satire?” tweeted Emma Husar, a former member of Australia’s opposition Labor party, adding that the government had given Australians conflicted advice and failed to order sufficient doses.

Dan Ilic, an Australian comedian, parodied the ad by adding a voice-over suggesting that the woman in the video was 39, and therefore months away from being eligible for a Pfizer vaccine. “Turn 40 sooner,” he said.

Australian officials defended the campaign, which they said was intended to be shocking. “It is quite graphic, and it’s meant to be graphic,” the country’s chief medical officer, Paul Kelly, told reporters on Sunday.

“It is meant to really push that message home that this is important.”