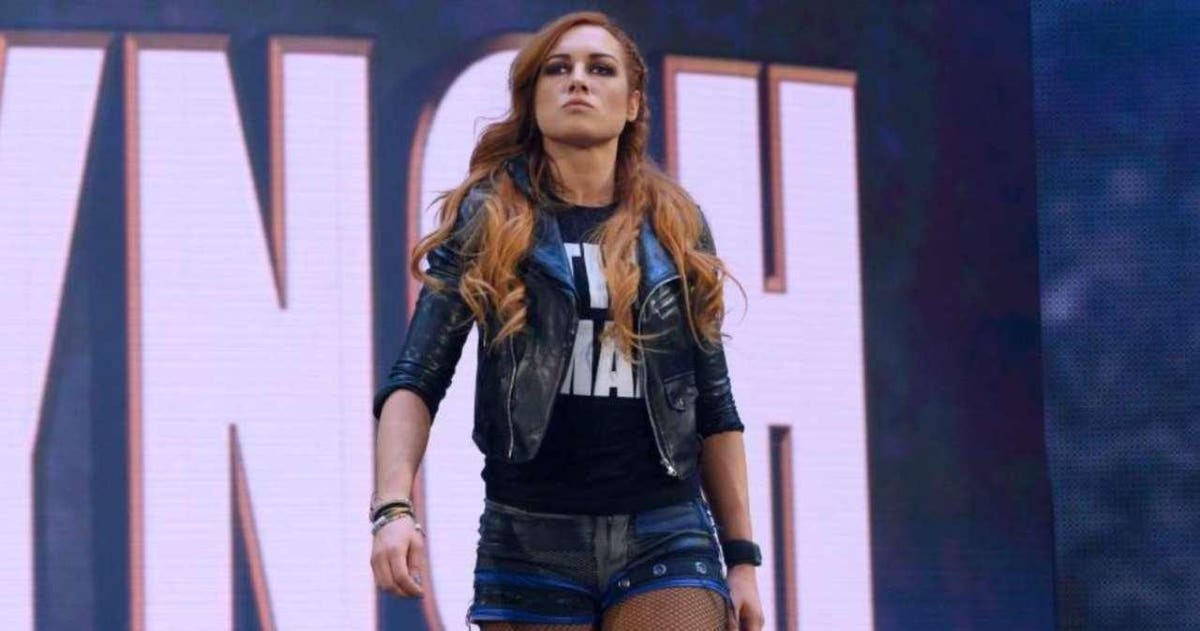 Becky Lynch returned at WWE SummerSlam 2021 after Sasha Banks was unable to compete against Bianca Belair. Banks was initially replaced by Carmella before shocking Allegiant Stadium with her surprise return. Lynch was immediately inserted in the SmackDown WOmen’s Championship match.

Lynch had been off WWE television since announcing her pregnancy on the May 11, 2020 broadcast of Raw. Though she has not made any television appearances since then, Stephanie McMahon recently revealed that Lynch had pitched a maternity ward storyline.

Lynch’s return comes at a time where WWE has introduced new blood atop its women’s division with Bianca Belair, Rhea Ripley and—once upon a time—even Reginald making their ascent in her absence.

In Becky Lynch’s last match at WrestleMania 36, Lynch defeated Shayna Baszler to retain the Raw Women’s Championship. Lynch made history by becoming the first woman to work a WrestleMania match while pregnant. Per Mike Johnson of PWInsider (h/t Sportskeeda):

“When she wrestled Shayna Baszler… she became the first-ever WWE performer that I know of to work a WrestleMania while pregnant,” said Johnson.

“It makes her a hell of a warrior, but it also might explain why that match was not the physical war that we all expected…. Obviously, the finish there was a little safe and a little weird and that match did not live up to what a lot of people think it should have been, but in hindsight, that makes a lot more sense and kudos to everybody involved.”

In a stunning development, Becky Lynch announced her pregnancy and relinquished the WWE Raw Women’s Championship to Money in the Bank winner Asuka.

“You go be a warrior, because I’m gonna go be a mother,” said Lynch, who celebrated the news with the new Raw women’s champion. Lynch told People (h/t Wrestling Inc) the baby is due in December 2020.

“You can’t always be on top of the wrestling business in a $1 million a year spot or more, but you can [have a baby]—what is she? Can she be 30? [Lynch is 33],” said Cornette (h/t Essentially Sports)

“Well, still she’s got many more years before the [expletive] Easy-Bake Oven gets shut off. She can have all those problems like a descended stomach; and stretch marks; and hemorrhoids; and hormone problems; and mood swings; and all those other joys of motherhood later on when she ain’t making a million dollars a year!!”

The comments led to outrage from fans, and even warranted a response from Seth Rollins, who said the comments “hurt my feelings on a personal level because Jim Cornette is someone who’s a legend in our industry.”

“Welcome to the world Roux. You are the love of our lives,” read the caption.

During an appearance on the Colin Cowherd Podcast, WWE Chief Revenue Officer Nick Khan confirmed both Becky Lynch and Ronda Rousey were on their way back to WWE. Khan’s exact words were that both Lynch and Rousey would be “coming back at a certain point in time in the not-too-distant future.”

Dave Meltzer of the Wrestling Observer Newsletter (h/t Wrestling Inc) reported an idea had been pitched for a possible Becky Lynch return at WrestleMania 37.

“ If they add a Bayley talk segment to Mania, that would likely be Lynch’s return as the idea of her driving a big truck in at one of the two Mania shows during a Bayley talk show segment is something we were told was being planned at one point,” read the report.

In an interview with Bill Simmons, Stephanie McMahon noted Becky Lynch pitched a “maternity ward” storyline as part of her pregnancy.

“ It’s funny, I kept talking to Becky all during her pregnancy, and then afterwards, she was actually pitching somebody jumping her in the maternity ward,” said McMahon.

In an Instagram post, Becky Lynch used an acronym to hint that her return was near. The acronym—Nothing Is Guaranteed Here Tonight Only Now Eternally—spelled out “Night One.” WrestleMania came and went with no sign of Becky Lynch as she was simply trolling fans.

PWInsider (h/t Wrestling Inc) reported Becky Lynch was scheduled to be in attendance at WWE Money in the Bank 2021. Lynch was reportedly working out in the ring with NXT’s Indi Hartwell as she continues to train for a return.