Before the fall of Kabul, Biden defends his decision to leave Afghanistan. 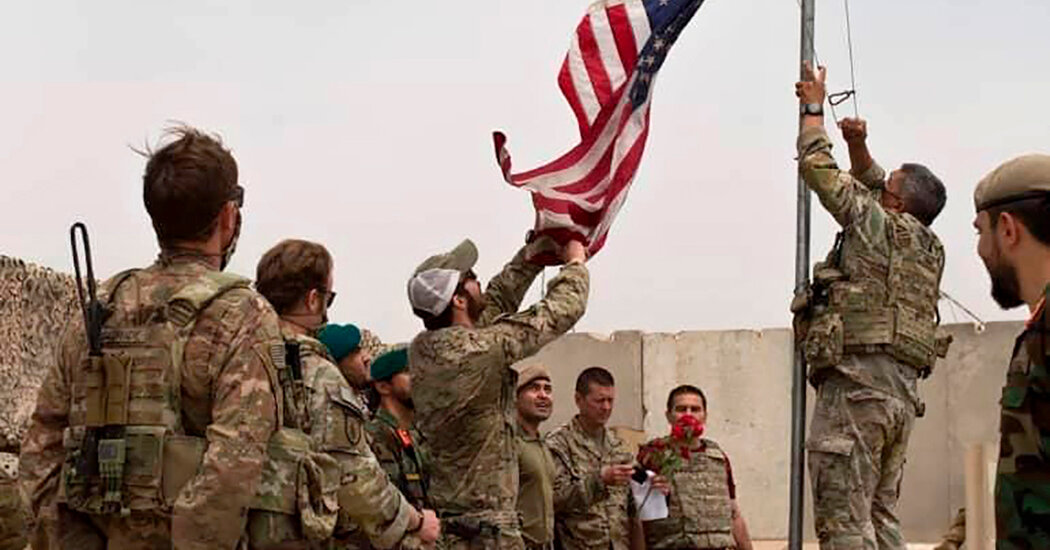 With the Taliban on the verge of regaining power in Afghanistan, President Biden has defended his decision to leave the country after two decades of U.S. military involvement.

In a statement on Saturday, Mr. Biden said that the United States had invested nearly $1 trillion in Afghanistan over the past 20 years and had trained and equipped more than 300,000 Afghan security forces, including maintaining the Asian country’s air force.

“One more year, or five more years, of U.S. military presence would not have made a difference if the Afghan military cannot or will not hold its own country,” Mr. Biden said. “And an endless American presence in the middle of another country’s civil conflict was not acceptable to me.”

Mr. Biden’s statement came hours after the Taliban seized Mazar-i-Sharif, in northern Afghanistan, but before the group captured the eastern city of Jalalabad on Sunday, The group entered Kabul, the capital, on Sunday as President Ashraf Ghani fled.

Mr. Biden partly blamed President Donald J. Trump for the unfolding disaster in Afghanistan, saying that the deal made with the Taliban in 2020 had set a deadline of May 1 this year for the withdrawal of American forces and left the group “in the strongest position militarily since 2001.”

“I faced a choice — follow through on the deal, with a brief extension to get our forces and our allies’ forces out safely, or ramp up our presence and send more American troops to fight once again in another country’s civil conflict,” Mr. Biden said.

This year, a study group appointed by Congress urged the Biden administration to abandon the May 1 deadline and slow the withdrawal of American troops, saying that a strict adherence to the timeline could lead Afghanistan into civil war. Pentagon officials made similar entreaties, but Mr. Biden maintained his long-held position that it was time for Afghanistan to fend for itself.

Since international troops began withdrawing in May, the Taliban have pursued their military takeover far more swiftly than U.S. intelligence agencies had anticipated. On Saturday, Mr. Biden accelerated the deployment of 1,000 additional troops to Afghanistan to help ensure the safe evacuation from Kabul of U.S. citizens and Afghans who worked for the American government.

On Sunday, a decision was made to send another 1,000, temporarily bringing to 6,000 the number of American troops in the country.

In his statement, Mr. Biden warned the Taliban that “any action on their part on the ground in Afghanistan, that puts U.S. personnel or our mission at risk there, will be met with a swift and strong U.S. military response.”