Begging OPEC is so 2008. We Need Energy Policy That Reflects Past Decade 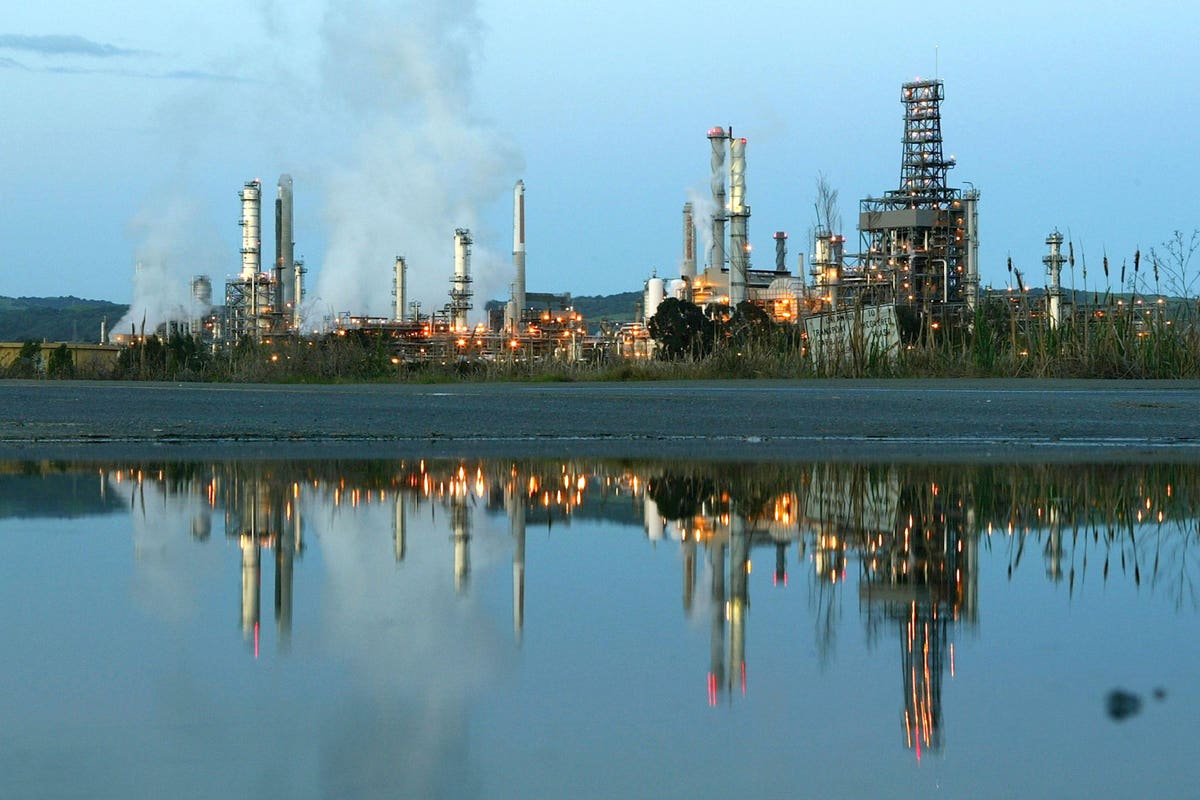 President Biden, 2008 called. It wants its energy policy back.

The Biden administration is in a tough spot. Inflation is accelerating at its fastest in 13 years, and people are paying more for everything from lumber to chicken wings. Energy prices are among the more volatile inflation indicators. Average pump prices for gasoline have surged by almost $1 a gallon nationally compared with a year ago.

So the president resorted to a tried-and-true tactic from the Era of Energy Scarcity: beg OPEC. It was a favored strategy of presidents from Obama back to Nixon, but one that we were supposed to have left in the dust thanks to the energy abundance ushered in by the fracking boom.

Biden could have asked U.S. producers to open the taps. We have the capacity now – thanks to hydraulic fracturing – to keep a ceiling on oil prices. The silence was deafening.

“Asking for more U.S. production goes against the green climate initiate that the administration is pushing,” said Dan Pickering, founder and chief investment officer of Pickering Energy Partners. “So they ask OPEC, which pushes the hydrocarbon production somewhere else. The Saudis are easy relief for everyone except the oil and gas industry in the U.S.”

After years of investing in moving the country toward energy independence, we are now mired in a retreat, a political game of hide the pickle in which we prattle on about phasing out fossil fuels when in fact, we’re just parking our problems elsewhere.

Obviously, the Biden administration is looking for a quick fix, hoping inflation will settle down as supply chains recover from COVID interruptions. But that, too, is an anachronism; a policy of the past. If we are serious about transitioning away from fossil fuels, we need a long-term vision, and we need to understand that such a large migration takes time.

“We’re going to need hydrocarbons — gasoline, chemicals, plastics — for much longer than most people would like or realize,” Pickering said. “The time to net zero is measured in decades.”

For some 40 years, the U.S. was dependent on foreign oil. Then the fracking boom came along, and by 2014, OPEC took notice. U.S. oil production more than doubled in less than a decade, surging from 5 million barrels a day to almost 13 million barrels by early 2020. We suddenly found ourselves as one of the world’s biggest oil and gas producers, in addition to our long history as its biggest consumer.

That production increase changed the nature of petro-politics and gave us far more foreign policy flexibility than we had before. In recent years, domestic production has slipped back to between 10 million and 11 million barrels, the result of weak demand during the pandemic and greater calls from investors for more financial discipline from producers.

The Biden administration has made it clear that it would like that decline to continue. It champions policies designed to hasten the end of fossil fuels, such as its proposed fracking ban on federal lands, for example. While that has little immediate impact, it causes energy producers to hesitate in committing large amounts of capital to new projects.

“It’s a shot across the bow,” Pickering said. “It’s a signal that it’s just going to get tougher in the U.S.”

Of course, it already has, in part because of the industry’s own behavior. At the height of the fracking boom, most U.S. shale producers were overspending their cash flow. Production soared and companies gobbled up properties and expanded drilling programs. But profitability lagged, and investors got tired of funding a boom that paid them little return. These days, producers talk about free cash flow and dividends and seek low-risk acquisitions, rather than boasting about land grabs and production gains. Consider Pioneer Natural Resources
– one of the biggest players in the Permian Basin – which pledged 75 percent of its second-quarter free cash flow to shareholders.

This newfound financial discipline is part of the reason that producers have stood by as the price of West Texas Intermediate crude has surged almost 30 percent this year.

“Even if the Biden administration asked U.S. oil companies to increase production, it’s questionable whether they would listen or respond,” Pickering said. “The stock market would punish any actions that are likely to lead to lower commodity prices or lower dividends.”

The White House doesn’t seem to understand the magnitude of what was accomplished by U.S. energy producers in the past decade. Not only did our production of oil and gas rise to levels unseen since the early 1970s, our deployment of renewables rose at the same time.

Certainly, it’s not willing to do anything to encourage domestic drilling at this point, even if that means outsourcing our energy production once again.

But the shift in the domestic energy landscape have been dramatic. In 2007, we imported an average of more than 12 million barrels a day. By 2019, before the pandemic’s influence on the markets, we imported just 670,000. Between 2005 and 2019, the U.S. cut in half its use of coal for generating electricity. Natural gas, a far cleaner fuel source, sopped up much of that generation, and renewables absorbed the rest. Renewables, which despite the hoopla were little more than a science experiment a decade ago, are now firmly ensconced in our energy mix.

In other words, increased oil and gas production was a major step in controlling our own energy destiny and navigating our own way toward a cleaner energy future. Asking OPEC to pump more oil isn’t just an indictment of American achievement in energy production, it also undermines the very goals of energy transition that the administration purports to desire.

Our energy landscape in 2008 was marked by desperation and few options. When things got tough, we had little choice but to beg the Saudis for help. But in the ensuing years, American ingenuity and determination did something that most of the world thought was impossible: we rewrote our energy future.

We now have far more flexibility in navigating our transition to cleaner, more sustainable energy. Returning to our old habits for the sake of political expediency puts that future – and everything we’ve worked for – in jeopardy.

Loren Steffy is a writer-at-large for Texas Monthly, an executive producer for Rational Middle Media and a managing director for 30 Point Strategies, where he heads the 30 Point Press publishing imprint. He is the author of five nonfiction books: “Deconstructed: An Insider’s View of Illegal Immigration and the Building Trades” (with Stan Marek), “The Last Trial of T. Boone Pickens” (with Chrysta Castañeda), “George P. Mitchell: Fracking, Sustainability, and an Unorthodox Quest to Save the Planet, The Man Who Thought Like a Ship,” and “Drowning in Oil: BP and the Reckless Pursuit of of Profit.” His first novel, “The Big Empty,” was published in May 2021.

Steffy is the former business columnist for the Houston Chronicle and previously was the Dallas (and Houston) bureau chief and a senior writer for Bloomberg News. His award-winning writing has been published in newspapers and other publications worldwide. He has a bachelor’s degree in journalism from Texas A&M University.

UH Energy is the University of Houston’s hub for energy education, research and technology incubation, working to shape the energy future and forge new business approaches in the energy industry.