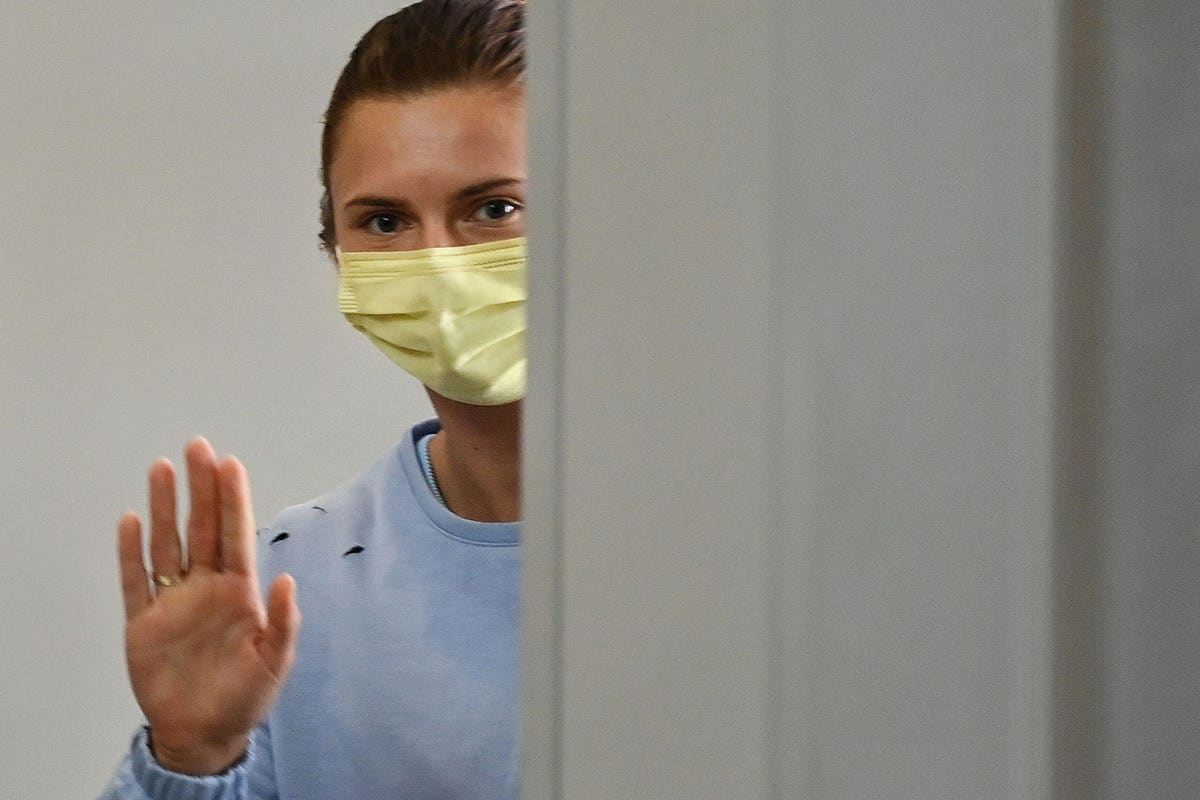 Belarusian Olympic sprinter Krystsina Tsimanouskaya landed in Poland Wednesday following a dramatic exit from the Tokyo Games after she expressed fear Belarus’ government would target her if she returned home after publicly speaking out against her coaches.

Tsimanouskaya landed at the Warsaw airport Wednesday evening, where the sprinter and her husband Arseny Zdanevich have been granted asylum.

She flew in from a layover in Vienna, where she traveled from Tokyo after the direct-flight journey she intended to take was rerouted over concerns her safety had been compromised by her publicized travel plans.

According to Reuters, Tsimanouskaya was greeted at the Warsaw airport by fellow Belarusians living in Poland who gathered to support her, some of whom carried red and white flags and flowers, symbols of resistance against the country’s government.

Zdanevich is expected to reunite with his wife in Poland.

In May, a Belarusian military fighter jet intercepted a commercial Ryanair flight as it flew over Belarus, forcing it to make an emergency landing over reports of a bomb threat. Evidence of a bomb never materialized, but authorities detained journalist and dissident Roman Protasevich, who was onboard the Ryanair flight. The incident was slammed by western leaders like President Joe Biden, who called the Belarusian government’s actions “shameful assaults on both political dissent and the freedom of the press.” This week, a Belarusian dissident living in the Ukraine named Vitaly Shishov was found hanged in a park in Kiev, which authorities are investigating as a murder, saying it may have been staged to look like a suicide.

On Sunday, the 24-year-old sprinter took to social media to complain about her coaches after they scheduled her to compete in the 4-by-400-meter relay in addition to  of the 100- and 200meter dashes she trained for. Belarusian Olympic officials responded by pulling her out of the Games and attempted to force her to return home to Belarus, where she says she fears she could be targeted for retaliation by the Belarusian government. Belarusian President Alexander Lukashenko—nicknamed “Europe’s last dictator”—is known to have a special interest in sports. Belarusian officials deny that the decision to send her home was retribution for her public criticism, saying it had to do with the sprinter’s “emotional, psychological state.” Tsimanouskaya spent her last two nights in Tokyo at the Polish embassy.