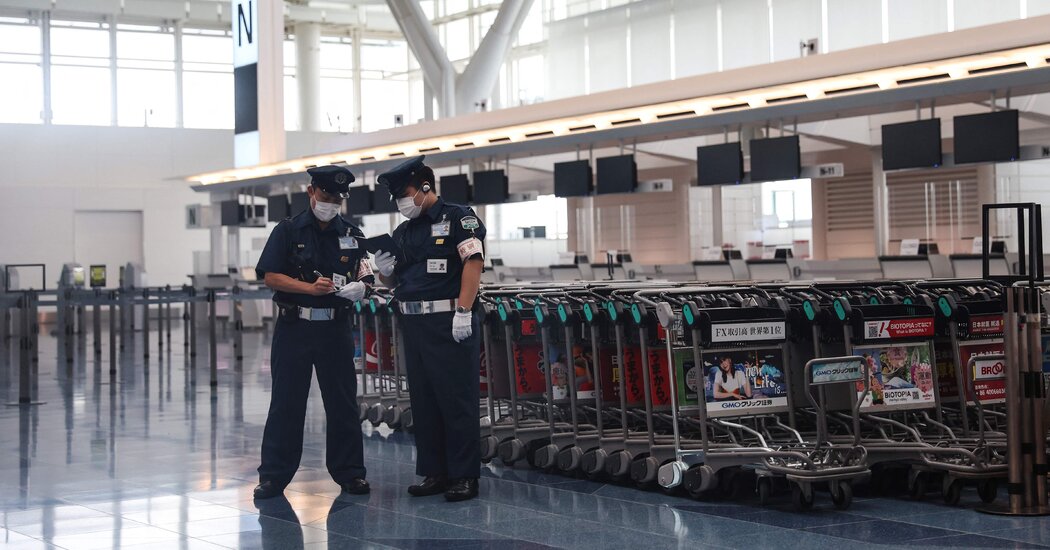 TOKYO — Kristina Timanovskaya, the Belarusian Olympic sprinter who sought protection at a Tokyo airport as her nation tried to forcibly send her home from the Summer Games, has been offered asylum in Poland.

Ms. Timanovskaya, 24, entered the Polish Embassy in Tokyo on Monday and will fly to Warsaw on Wednesday, according to Alexander Opeikin, the executive director of the Belarusian Sports Solidarity Fund, a group that opposes the Belarusian government.

Mr. Opeikin said he had spoken with Ms. Timanovskaya after she decided to accept refugee status in Poland. She had said she feared for her safety in Belarus after she criticized her coaches and the country’s national committee for registering her for an event for which she had not trained.

Ms. Timanovskaya had originally been scheduled to run a heat of the 200 meters on Monday but instead spent the day seeking a new country in which to settle.

“She is OK. She’s a little bit disappointed, because she wanted to continue in the Olympic Games,” Mr. Opeikin, who has been in contact with Ms. Timanovskaya since the start of the crisis on Sunday, said by telephone.

The asylum offer capped nearly 24 hours of drama at the Olympics, where Ms. Timanovskaya had placed fourth in a heat of the 100 meters on Friday. She then complained on Instagram that her coaches had informed her at the last minute that she would have to run the 4×400-meter relay in place of a team member who had not taken enough antidoping tests to qualify for the event.

Although her comments were about athletic decisions, Ms. Timanovskaya might have had good reason to fear that she would be treated as a political critic in Belarus.

The chairman of the country’s national Olympic committee is the eldest son of Aleksandr G. Lukashenko, the strongman leader who has ruled Belarus for 27 years and has long sought to stifle any dissent, including with a brutal crackdown in recent months after a disputed presidential election.