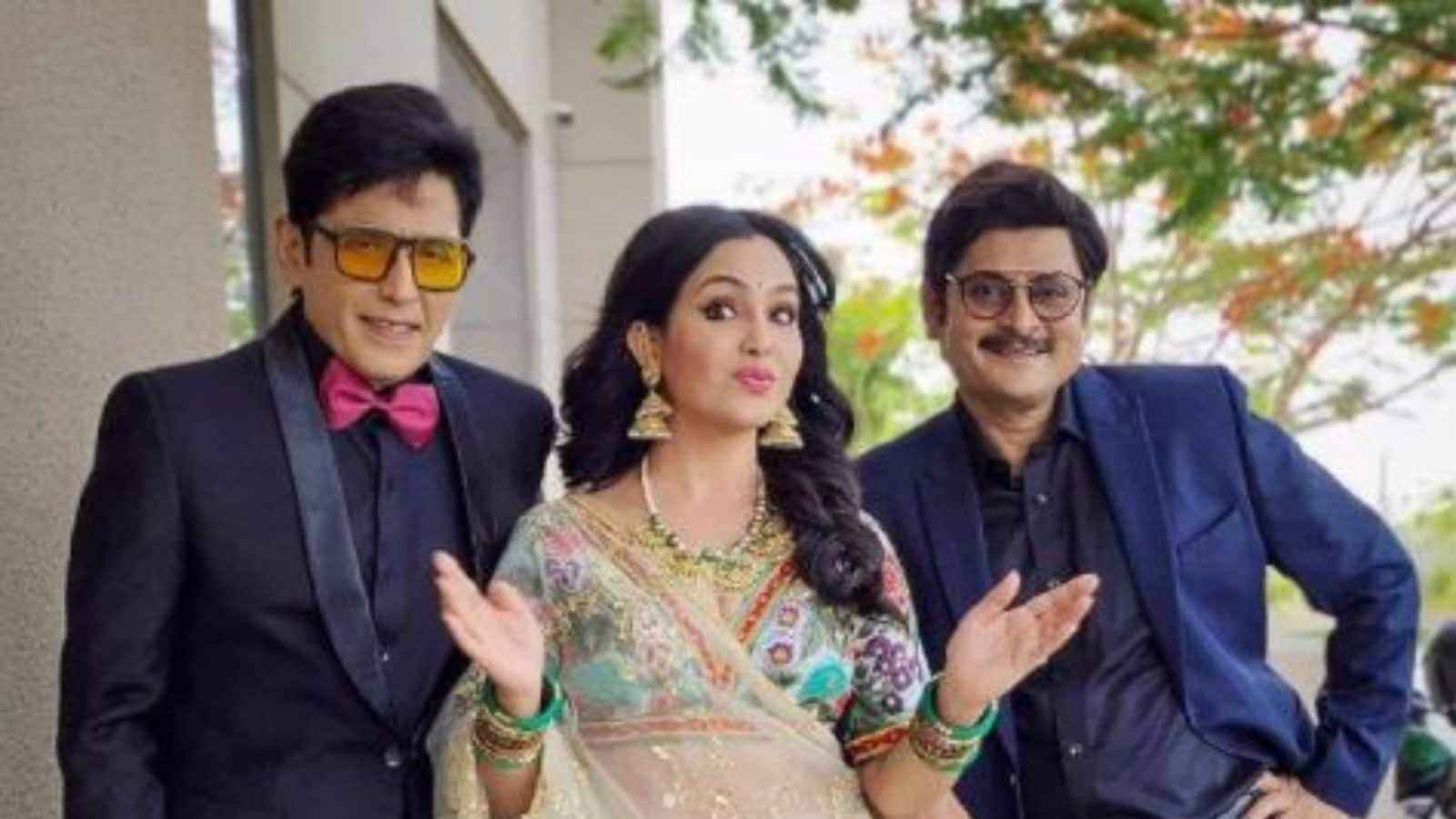 The cast of Bhabiji Ghar Par Hai is celebrating the success of the popular comedy show as it completes 1,600 episodes. The actors playing the lead roles, Shubhangi Atre, Rohitashv Gour, Neha Pendse and Aasif Sheikh, shared their joy and experience of being part of the show.

“I love it when fans recognise me as Angoori first and then as Shubhangi. It has been a beautiful journey so far and I am looking forward to 1,600 more episodes. A big thanks to all the viewers and fans, your undying support has been our biggest achievement so far.”

Rohitashv Gour aka Manmohan Tiwari expressed his joy and said that being part of the show has been really helpful in his career growth.

“It is surreal to think that we have completed so many episodes. An achievement like this acts as a sign of the work we put in. It reminds us of the smiles we spread daily. Being a part of the show has been a highlight in my career and I am proud to be Tiwari ji, not just to my on-screen wife, but also to the millions out there. I am truly astounded and grateful to everyone who encouraged us along the way,” he revealed.

Nehha Pendse, who’s popular as Anita Bhabhi in the show, calls herself a fan of the show. She is overjoyed with the way the audience connects with her character.

“Being the latest member of the show, I feel grateful to be a part of this unforgettable journey. As a viewer, I just love to watch this show. So I entirely resonate with the audience when they mention that they love to binge on a stress buster show like ‘Bhabiji Ghar Par Hai’,” she said.

Aasif Sheikh, who plays Vibhuti Narayan Mishra the comedy-drama, finds his character closest to him.

“Bhabiji Ghar Par Hai is very close to my heart and to see it come this far is a wonderful feeling. 1,600 episodes is a big deal no doubt, but we as a team have put in time and effort that goes beyond just the number of episodes. We have indeed come a long way, and I would like to thank our supportive viewers who have been so kind and loving towards us,” he said.

The show revolves around two neighbouring couples, the Mishras and the Tiwaris, where the husbands have a crush on each other’s wives.

The show’s producer, Binaiferr Kohli, is happy with the appreciation received so far.

“Bhabiji Ghar Par Hai is our baby. We have watched it grow and turn into this big success story! It has become a show that uplifts anyone’s mood instantly. The idea behind creating this serial is to spread laughter and comical content that the audience appreciates,” she said.