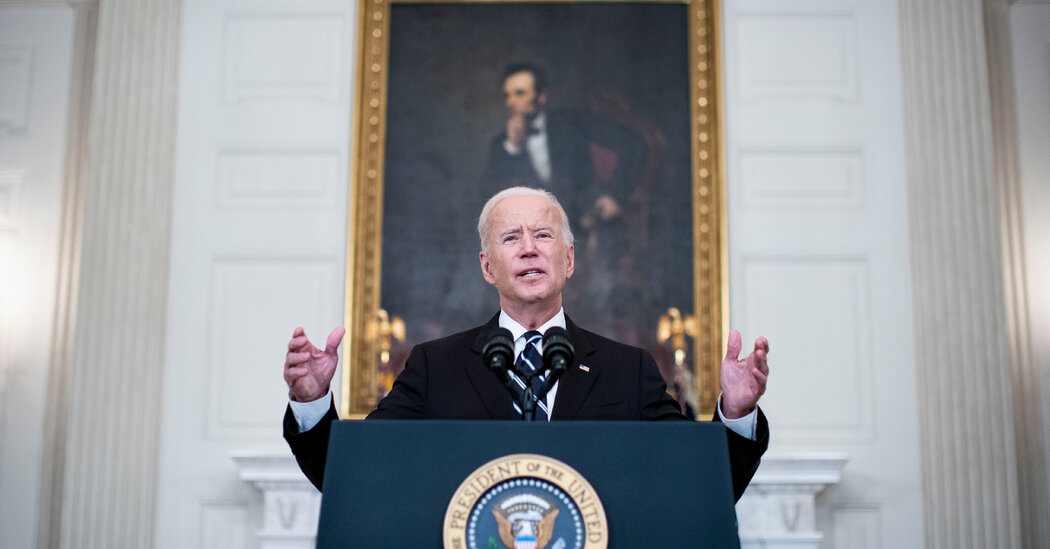 Slightly more than half of Americans, 53 percent, are fully vaccinated. The number of people seeking shots ticked up considerably in August, as Delta pushed the country’s daily average caseload over 150,000 for the first time since late January, overwhelming hospitals in hard-hit areas and killing roughly 1,500 people a day.

But the vaccination rate has yet to help the nation cross the threshold of “herd immunity” — the tipping point that occurs when widespread vaccination, coupled with natural immunity, slows the spread of a virus. If it continues to spread, officials fear that it will mutate into another, even more dangerous variant that could evade vaccines.

“When you have 75 to 80 million people who are eligible to be vaccinated, who don’t get vaccinated, you’re going to have a dynamic of continual smoldering spread of the infection,” Mr. Biden’s top medical adviser for the coronavirus pandemic, Dr. Anthony S. Fauci, warned in an interview, adding, “It’s very frustrating, because we have the wherewithal within our power to be able to actually suppress it.”

The mandate for federal workers is an especially assertive move by the president. Jen Psaki, the White House press secretary, told reporters on Thursday that aside from some religious and disability exemptions, most would be subject to a 75-day grace period for receiving a vaccine.

If workers decline to receive shots in that time frame, Ms. Psaki said, they will “go through the standard H.R. process,” which she said would include progressive disciplinary action. At least one major labor union challenged the mandate even before Mr. Biden delivered his speech.

Cathie McQuiston, a deputy general counsel for the American Federation of Government Employees, a union representing some 700,000 federal workers, said in an interview that her organization would be working with agencies to “not skip over procedures and make sure employees have due process” if they are disciplined.

The federal employee mandate will apply to employees of the executive branch, including the White House and all federal agencies and members of the armed services — a work force that numbers more than four million — but not to those who work for Congress or the federal court system, according to White House officials.