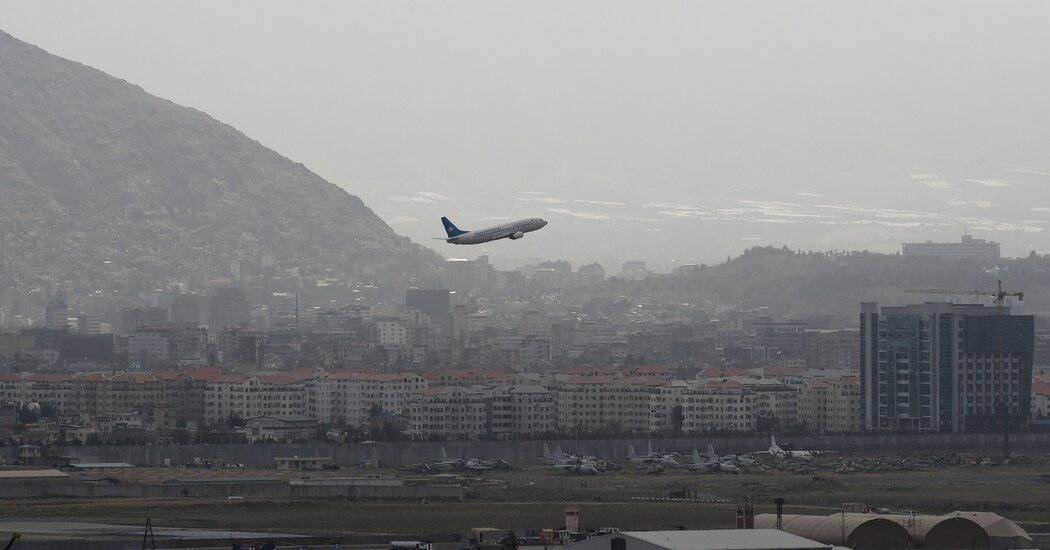 President Biden accelerated the deployment of 1,000 additional American troops on Saturday to help ensure that U.S. citizens and Afghans who worked for the U.S. government could evacuate from Kabul safely as the Taliban captured a former stronghold of resistance in northern Afghanistan in its advance toward the capital.

The move brings the number of troops in Afghanistan to 5,000, but Mr. Biden made clear in a lengthy statement that he would not renege on his campaign pledge to end the 20-year war in Afghanistan. He still planned to withdraw all American combat forces, he said, and remove them from “harm’s way.”

“I was the fourth president to preside over an American troop presence in Afghanistan — two Republicans, two Democrats,” Mr. Biden said. “I would not, and will not, pass this war onto a fifth.”

Mr. Biden issued his statement pledging to commit 5,000 troops on Saturday as the Taliban overtook the strategic city of Mazar-i-Sharif. The city, a commercial hub and base for leaders of the former Northern Alliance, which had allied with American troops after the 2001 invasion, fell in just a little more than an hour on Saturday after the Taliban broke through Afghan security forces’ front lines.

The speed and ease with which the Taliban have seized control of the vast majority of the country also prompted Mr. Biden to warn that any effort to disrupt the immense evacuation effort in Kabul “will be met with a swift and strong U.S. military response.”

Most diplomats and other American officials at the U.S. Embassy in Kabul are being evacuated. One senior official estimated that at least 10,000 U.S. citizens, including Afghan Americans, and Afghan employees of the U.S. government would need to be evacuated, although it was not clear how long that might take, or if it was even possible.

Mr. Biden estimated that thousands of Afghans who had worked for the U.S. government over the long war, and therefore are at threat of retaliation by the Taliban, would need to be evacuated along with their families. “Our hearts go out to the brave Afghan men and women who are now at risk,” he said.

The senior U.S. official said Zalmay Khalilzad, the chief American negotiator with the Taliban in peace talks in Doha, had asked the extremist group to not enter Kabul until the United States concludes the evacuation mission. Taliban officials have countered by asking that the U.S. cease airstrikes against its fighters who are rampaging across Afghanistan, said the official, who spoke on the condition of anonymity to discuss the high-level negotiations.

The president also directed Secretary of State Antony J. Blinken to assure President Ashraf Ghani of Afghanistan of the United States’ continued diplomatic and security support. Tensions between the two presidents have run high since Mr. Biden began withdrawing American troops from Afghanistan, forcing the State Department to deny on Thursday that the United States had asked Mr. Ghani to resign. Mr. Blinken told Mr. Ghani that the United States would continue to send support to the Afghan people, according to a statement by the State Department.

In his statement, Mr. Biden said the United States had invested nearly $1 trillion in Afghanistan over the last 20 years and trained and equipped more than 300,000 Afghan security forces, including maintaining their air force.

Noting that the conflict has resulted in “the longest war in U.S. history,” Mr. Biden stuck to his long-held position that it is time for Afghanistan to fend for itself.

“One more year, or five more years, of U.S. military presence would not have made a difference if the Afghan military cannot or will not hold its own country,” Mr. Biden said. “And an endless American presence in the middle of another country’s civil conflict was not acceptable to me.”