Biden to Speak About Vaccine Mandates in Chicago 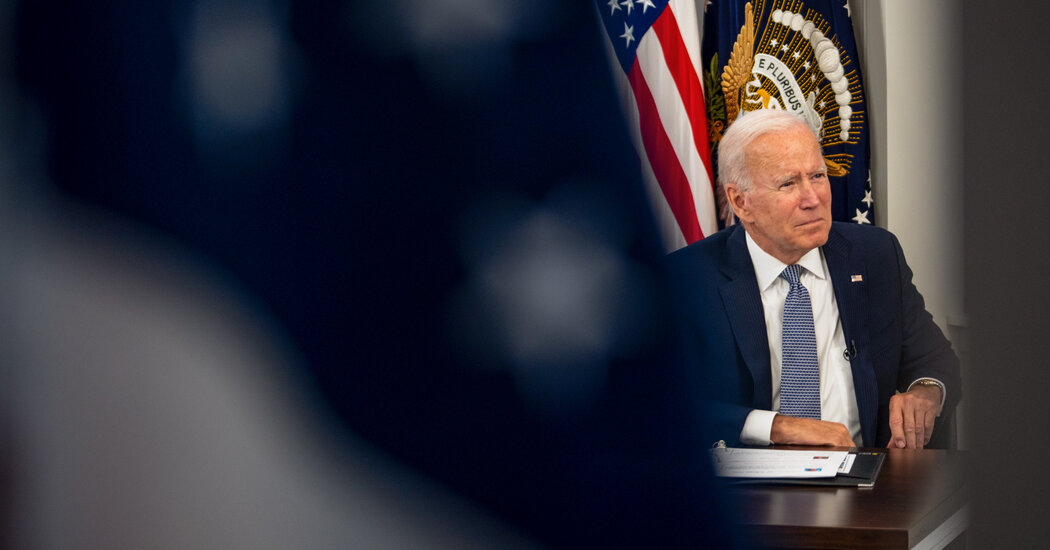 President Biden traveled to Chicago on Thursday to encourage large companies and other organizations to impose vaccine requirements for their workers while a federal agency hammers out the details of the president’s vaccine mandate for private employers.

The president delivered his remarks after touring a construction site run by Clayco Construction, which announced it would implement a system of vaccinations or testing for all of their employees.

Mr. Biden said that encouraging Americans to get vaccinated had helped, but the only way for the United States to emerge from the pandemic would be for companies and other organizations to require the shots.

“Even after all of these efforts, we still have more than a quarter of the people in the United States who are eligible for vaccinations but didn’t get the shot,” Mr. Biden said. “And we know there is no other way to beat the pandemic than to get the vast majority of Americans vaccinated.”

A new report showed that “vaccination requirements result in more people getting vaccinated,” he continued, and that as more organizations had implemented them their vaccination rates had risen dramatically.

Last month, Mr. Biden that he would use his presidential powers to require two-thirds of American workers be vaccinated against the coronavirus. As part of those mandates he asked the Occupational Safety and Health Administration to develop rules for companies with more than 100 employees to require coronavirus vaccination or weekly testing, which would impact more than 80 million workers in the United States.

On Thursday, Mr. Biden said that the rule would be implemented in short order, but officials familiar with the process said was likely to take several more weeks. Defining those rules in a way that passes legal muster could take weeks, and attorneys general in 24 states have threatened to sue.

Since Mr. Biden announced the forthcoming OSHA rules a number of large employers have imposed vaccine requirements of their own, including 3M, Procter & Gamble and, as of Thursday, IBM. Others, like JP Morgan Chase and Walmart, have not detailed requirements of their own, and some employers may not act once OSHA’s rules are finalized, hoping that they will not be punished for violating them.

Some employers have expressed concerns that mandates could further diminish staffs that have already been battered, especially hospitals and other health care facilities. But so far fears that mandates would result in widespread exoduses of health workers largely appear to have been exaggerated.

Mr. Biden chose Chicago in part because it is the home of United Airlines, one of the first major carriers to require shots for its 67,000 U.S. employees. The company has said that it would terminate about 600 employees for not complying with its vaccination requirement, and that about 99 percent of its U.S. work force has been vaccinated.

Other airlines have followed with similar requirements, including American Airlines, Southwest, JetBlue and Alaska Airlines.

Mr. Biden has also moved to mandate shots for health care workers, federal contractors and most federal workers, who could face disciplinary measures if they decline to be inoculated.

“We have the tools, we’re using them and we’re making progress,” Mr. Biden said near the end of his remarks. “We just need to finish the job.”