Biden Tries to Restore Calm Amid Chaos in Kabul 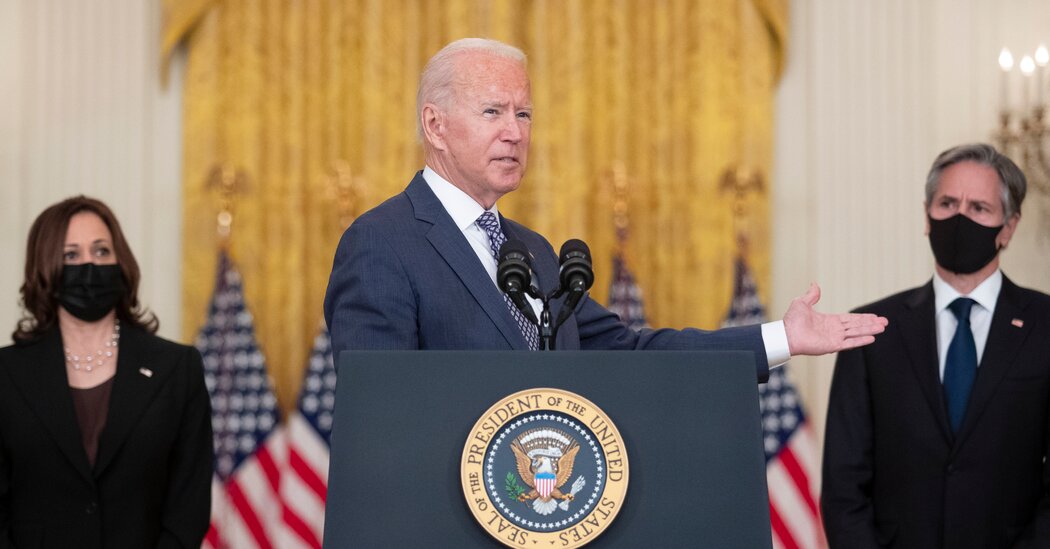 WASHINGTON — President Biden on Friday promised to bring home any American still trapped in Afghanistan, calling the evacuation effort for Americans and vulnerable Afghans “one of the largest, most difficult airlifts in history.”

But he acknowledged that he did not know how many Americans were still in the country, or if they could ultimately be brought out safely.

“Let me be clear: Any American who wants to come home, we will get you home,” Mr. Biden said, before adding, “I cannot promise what the final outcome will be, or that it will be without the risk of loss.”

He also remained staunchly committed to his decision to pull U.S. troops from the country, defiantly telling reporters, “Does anybody truly believe that I would not have had to put in significantly more American forces? Send your sons, your daughters, like my son was sent to Iraq, to maybe die?”

Mr. Biden said that he would commit to airlifting Afghans who had been helpful to the 20-year war effort, but said Americans were his first priority.

The president’s remarks were delivered amid wrenching images of human desperation as people begged to be evacuated from the airport in Kabul, the bottlenecked and sole point of departure for Americans and vulnerable Afghans trying to flee a takeover by the Taliban. The Biden administration has faced an international outcry over how quickly Afghanistan collapsed into Taliban rule as American forces stood down, as well as increasing questions over how much military and intelligence officials knew ahead of time about the tenuous situation on the ground.

Scenes of chaos and desperation, which included a young infant being hoisted over a razor wire fence into the arms of American soldiers, have added to the scrutiny over Mr. Biden’s staunch defense of his decision to pull troops out. Mr. Biden called the images of the past week “heartbreaking,” and said the United States had “6,000 of America’s finest fighting men and women” working to restore order at the Hamid Karzai International airport in Kabul and get people out of the country.

On Friday, Mr. Biden, who had been back and forth from vacation spots at Camp David and Wilmington, Del., took questions for the first time this week, and continued to defend his decision to pull American troops.

“What interest do we have in Afghanistan at this point, with Al Qaeda gone?” Mr. Biden asked in response to a question about whether or not American allies have been critical of the withdrawal effort. “We went and did the mission. You’ve known my position for a long, long time.”

“The commander on the ground has issued the order to recommence,” a senior administration official said in a statement on Friday.

But Mr. Biden’s advisers have conceded that, for Americans and Afghans hoping to reach Kabul from cities and towns further afield, safe passage to Kabul is not guaranteed.

“We right now have established contact with the Taliban to allow for the safe passage of people to the airport and that is working at the moment to get Americans and Afghans at risk to the airport,” Jake Sullivan, Mr. Biden’s national security adviser, said in an interview with NBC’s Lester Holt on Thursday. “That being said, we can’t count on anything.”

American officials have not publicly said how long they hope the fragile accord will hold ahead of Mr. Biden’s Aug. 31 deadline for a total withdrawal.