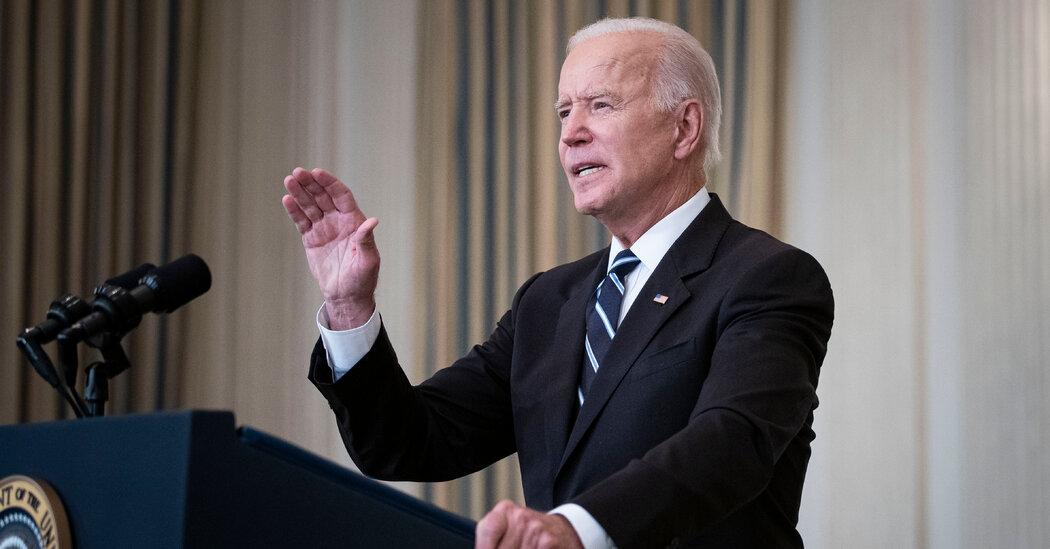 President Biden’s new vaccine requirements, announced Thursday, drew praise from doctors eager to slow the spread of the coronavirus, caution from experts who felt it may be “too little, too late” and condemnation from members of the G.O.P. who called the move “unconstitutional.”

Mr. Biden took his most expansive actions yet to control the coronavirus pandemic by mandating shots for 100 million Americans, including some private sector employees, health care workers, federal contractors and the vast majority of federal workers.

Although epidemiologists have spent months stressing an urgent need to increase vaccination rates as the highly contagious Delta variant took hold in the United States, Mr. Biden’s plan was unveiled in a deeply polarized environment and even experts seemed split on how effective it will be.

Dr. Georges C. Benjamin, executive director of the American Public Health Association, said the actions might be “too little, too late,” and warned that Americans opposed to vaccination might dig in and bristle at being told what to do. The American Hospital Association was cautious, warning that the moves “may result in exacerbating the severe work force shortage problems that currently exist.”

But Dr. William Schaffner, an infectious disease expert at Vanderbilt University, said the policy was necessary, and likened it to military service in a time of war.

“To date, we have relied on a volunteer army,” Dr. Schaffner said. “But particularly with the Delta variant, the enemy has been reinforced, and now a volunteer army is not sufficient. We need to institute a draft.”

Some big companies voiced support, including Amazon. “We know vaccines, coupled with widespread and convenient testing, serve as powerful tools to help slow the spread of Covid-19 in our communities, keeping the U.S. economy open, and protecting America’s work force,” said Brian Huseman, vice president of public policy for the retailer.

The sweeping actions, which the president announced in a White House speech, will impact almost every aspect of American society. They also reflect Mr. Biden’s deep frustration with the roughly 80 million Americans who are eligible for shots but have not been vaccinated.

They are also all but certain to be the subject of legal challenges; already, the largest union representing federal workers has raised questions.

“Getting vaccinated isn’t just the best way for us to end this pandemic, it is the best way for us to protect each other in the workplace,” said Everett Kelley, the national president of the American Federation of Government Employees. But he expressed that such changes should be negotiated with bargaining units. “Workers deserve a voice in their working conditions.”

Gov. Greg Abbott of Texas called the actions an “assault on private businesses” in a statement on Twitter. He said he issued an executive order protecting Texans’ right to choose whether or not they would be vaccinated. “Texas is already working to halt this power grab,” he wrote.

Gov. Doug Ducey of Arizona wrote on Twitter: “The Biden-Harris administration is hammering down on private businesses and individual freedoms in an unprecedented and dangerous way.” He questioned how many workers will be displaced, businesses fined, and children kept out of the classroom because of the mandates, and he vowed to push back.

But the president made it clear on Thursday that he would do what he could to “require more Americans to be vaccinated to combat those blocking public health,” a reference to Republican governors who have banned attempts to mandate masks or require vaccines.

“If those governors won’t help us beat the pandemic,” he said, “I will use my power as president to get them out of the way.”