Bob Odenkirk Says He Had A Small Heart Attack, Will Be Back 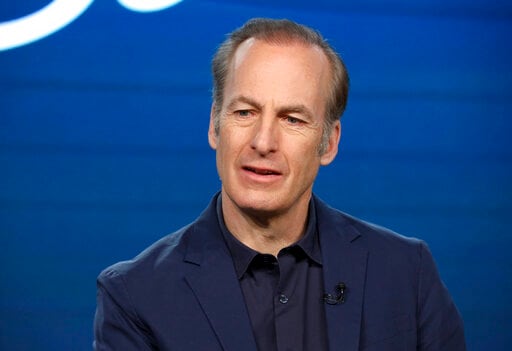 ALBUQUERQUE, N.M.: Better Call Saul star Bob Odenkirk said Friday that he had a small heart attack but will be back soon.

The 58-year-old actor took to Twitter to make his first public statement since collapsing on the show’s Albuquerque, New Mexico, set on Tuesday.

Hi. Its Bob, Odenkirk tweeted. Thank you. To my family and friends who have surrounded me this week. And for the outpouring of love from everyone who expressed concern and care for me. Its overwhelming. But I feel the love and it means so much.

I had a small heart attack, he continued. But Im going to be ok thanks to Rosa Estrada and the doctors who knew how to fix the blockage without surgery.

His representatives had previously only said that he had a heart related incident and was stable in an Albuquerque hospital after collapsing while shooting the show’s sixth and final season.

Odenkirk also thanked the network that airs Better Call Saul and the company that produces it.

AMC and SONYs support and help throughout this has been next-level, he tweeted. Im going to take a beat to recover but Ill be back soon.

The tone of Odenkirk’s friends and co-stars had already shifted from concern to relief before his tweets.

Just got off the phone with Bob and hes doing great! David Cross, who formed a comedy duo with Odenkirk to make the HBO sketch show Mr. Show. Joking and japing and joshing. Both he and his family are overwhelmed with the outpouring of love and concern everyone has shown. You will be hearing from him soon. But hes doing really well!!!

Odenkirk has been nominated for four Emmys for playing the title character, a down-on-his-luck lawyer named Jimmy McGill who becomes increasingly corrupt and adopts the pseudonym Saul Goodman, the criminal lawyer who appeared in dozens of episodes of Breaking Bad before getting his own spin-off.

Both shows were shot in, and mostly set in, New Mexico.