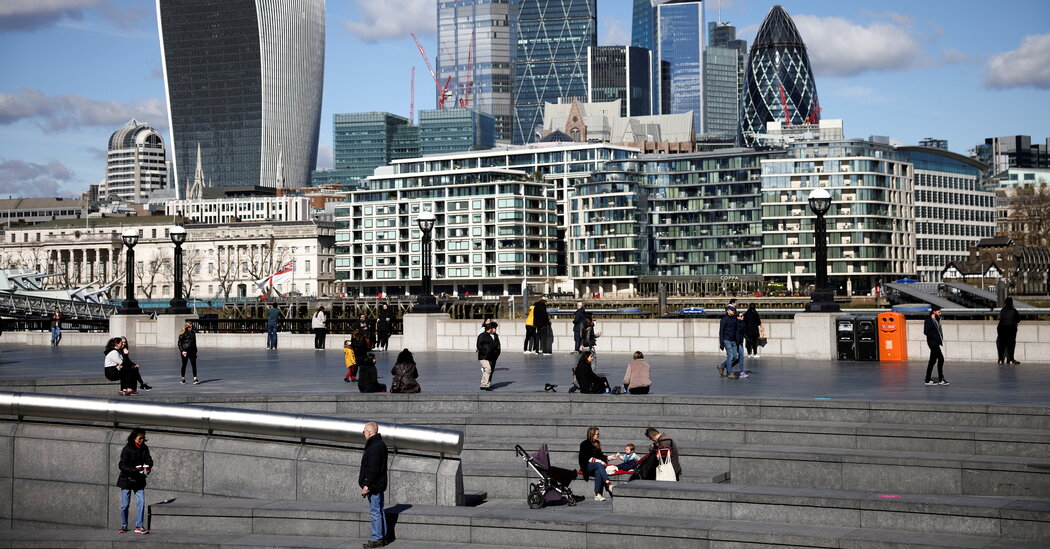 Prime Minister Boris Johnson is expected on Tuesday to outline a winter coronavirus strategy for England designed to prevent any new surge in cases from overwhelming the National Health Service, while trying to avoid another lockdown.

The government is expected to give more detail about its plans to roll out booster shots for those whose immunity from vaccination may be waning and to say what measures could be used to respond to a potential spike in cases.

British officials are looking to avoid the type of lockdowns that for months blocked people from seeing family and friends even in most outdoor settings, while also preventing another catastrophic winter surge like the one that pummeled the country last year.

The government’s plans could include reintroducing a requirement to wear face coverings in indoor spaces or on public transportation, or advising people to work from home when possible.

On Sunday the government said it would not proceed with a vaccine passport plan that would have forced nightclubs and some other venues in England to check the status of those trying to enter. But it has kept open the option of reviving the strategy should the situation deteriorate.

The government is also considering whether a vaccine booster shot could be “co-administered,” alongside flu shots, for older adults, Health Secretary Sajid Javid told the BBC. He all but ruled out another round of severe restrictions, saying that although it’s not off the table, “I just don’t see how we get to another lockdown.”

Experts believe Mr. Johnson is unlikely to rule out another lockdown completely, presenting it as a last resort that would be considered only if England faces a new and highly transmissible variant. Over the past year, Mr. Johnson has often faced pressure from a vocal group of lawmakers in the libertarian wing of his Conservative Party who campaigned for the scrapping of coronavirus rules.

In July, Mr. Johnson largely gave them what they wanted, easing most legal coronavirus restrictions on what the tabloid media called “freedom day.”

Britain is now averaging about 30,000 new coronavirus cases and about 1,000 hospital admissions each day, according to government data. And while that is significantly fewer than the 100,000 cases predicted by some experts, government officials know that another surge is possible as children return to school and the weather worsens weather through the fall and winter.

On Monday, British health officials approved a mass coronavirus vaccination program for children aged 12 to 15, despite the reservations of some medical experts who questioned whether young people would benefit significantly from the shots.

The move, announced by the chief medical officers of England, Wales, Scotland and Northern Ireland, follows weeks of uncertainty about whether children in that age group would be allowed to receive the shots.