Box Office Prospects For ‘No Time To Die’ Just Got Brighter 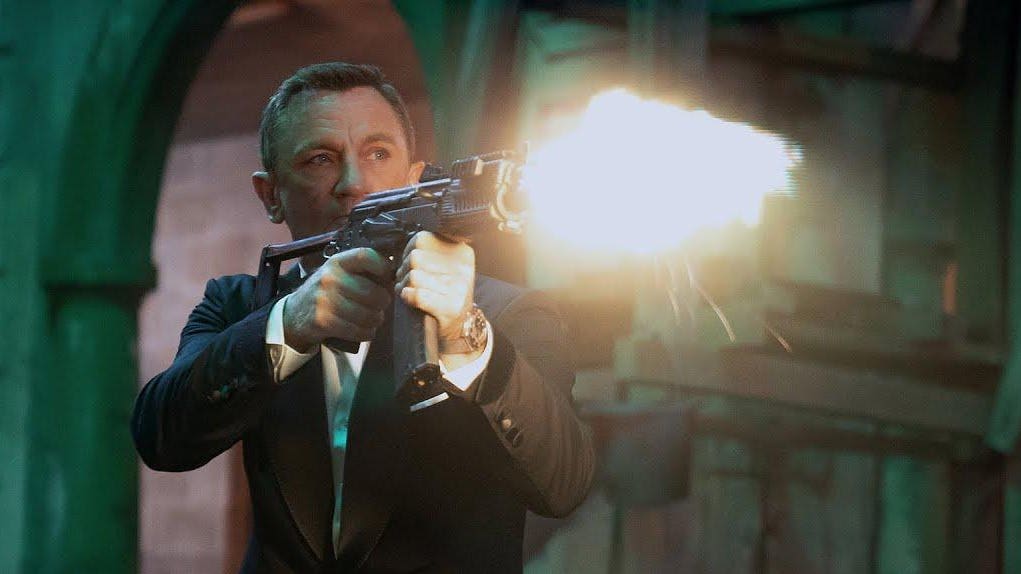 This past Wednesday marked the “one month away” mark for No Time to Die’s domestic release. However, the MGM/Universal offering will begin its overseas roll-out beginning on September 29 which is two weeks from today. Daniel Craig’s fifth and final James Bond flick has been a canary in the coal mine for pandemic-era box office. It was the first tentpole to move due to increasing concerns about Covid, shifting from April 1, 2020 to November 20, 2020. It was among the first to jump ship to 2021 after Tenet’s underwhelming domestic figures (partially caused by theaters in New York City and Los Angeles remaining closed), shifting first to April 2, 2021 and then to October 8, 2021. However, with two weeks to go, I would argue signs point to a potentially robust theatrical run.

We found out last Friday that EON Productions’ No Time to Die had passed governmental censorship regulations and would indeed get a theatrical release in China. Skyfall earned $65 million of its $1.108 billion gross in China while Spectre earned $83 million out of $881 million. The hope, right or wrong, was that the franchise would tilt upward on par with the last few Mission: Impossible movies. Ghost Protocol earned a then-huge $103 million in China in 2011, while Rogue Nation earned $137 million in 2015 and Fallout nabbed $183 million in 2018. That is still the second-biggest “not a Marvel/DC/Fast Saga” Hollywood flick since late-summer 2018 behind Godzilla Vs. Kong ($188 million). Still, the Chinese box office accounted for “just” 14.5% of $695 million, 20% of $583 million and 23% of $793 million respectively.

While China is not a kingmaker for the 007 series (like it arguably is for The Fast Saga), it’s certainly an encouraging sign. Equally encouraging, if not more so, is the strong domestic performance of Shang-Chi and the Legend of the Ten Rings. The MCU movie has earned $150 million in 12 days following a $94 million Fri-Mon Labor Day weekend launch and a $34 million second-weekend gross. The Simu Liu-starring martial arts fantasy is playing about as well as it might have done even in non-Covid times and may yet end up with over/under $425 million worldwide even if it never plays in China. And while China could have played more like Ant-Man and the Wasp ($125 million) than Spider-Man: No Way Home ($199 million) in China, it’s still playing about as well as expected in North America.

Universal is distributing the film overseas (presumably in hopes of being the global distributor for 007 depending on how MGM’s sale to Amazon works out), but MGM is still on the hook for domestic. That’s partially why the film had been delayed as long as possible, since a fully-recovered Chinese marketplace way back in August 2020 wasn’t going to help the studio mostly concerned with domestic box office (and with no streaming service safety net). That Shang-Chi is, like Godzilla Vs. Kong ($100 million), F9 ($173 million), A Quiet Place part II ($160 million) and (give or take Disney+ leases) Black Widow ($184 million), performing about as well as expected domestically is cause for cautious optimism. Audiences are showing up for much-anticipated, previously surefire blockbusters in pretty-close-to-normal (pre-Covid) amounts. No Time to Die could play “business as usual” in North America.

What we’ve seen at least since Warner Bros.’ Godzilla Vs. Kong ($100 million domestic and $460 million worldwide) is that audiences will turn out in theaters if it’s for a movie they really want to see, especially (but not entirely) if it’s only in theaters. I’d talk about reviews, but even the, uh, not-great Spectre earned $200 million domestic from a $70 million debut and $881 million worldwide for Sony and friends right alongside Lionsgate’s The Hunger Games: Catching Fire part II and Walt Disney’s Star Wars: The Force Awakens. As long as even the pans promise fans that the James Bond movie is a James Bond movie, critical reception can only help. In a non-Covid world, James Bond succeeding alongside breakout runs for Venom: Let There Be Carnage (October 1) and Dune (October 22) would be par for the course.

The James Bond series has often placed second but won big. Part of this has been its resiliency in an increasingly fantastical and chaste franchise-centric industry. The James Bond franchise has skewed a little older (while picking up new fans in post-theatrical discovery in between installments) and qualified as non-fantastical and genuinely horny blockbuster action spectacle for those uninterested in superheroes, robots and wizards. Sure, you can argue that F9 and Black Widow played in a similar “Moonraker is cool now!” sandbox, but “fortunately” Shang-Chi went full-Wuxia even as the comic book began in the 1970s as closer to Enter the Dragon than Crouching Tiger Hidden Dragon. Which means for moviegoers who want blockbusters that aren’t in the realm of superheroes, horror and/or kaiju, No Time to Die will be one of the first true event films of the year.