Breath-Based Coronavirus Tests Are Being Developed 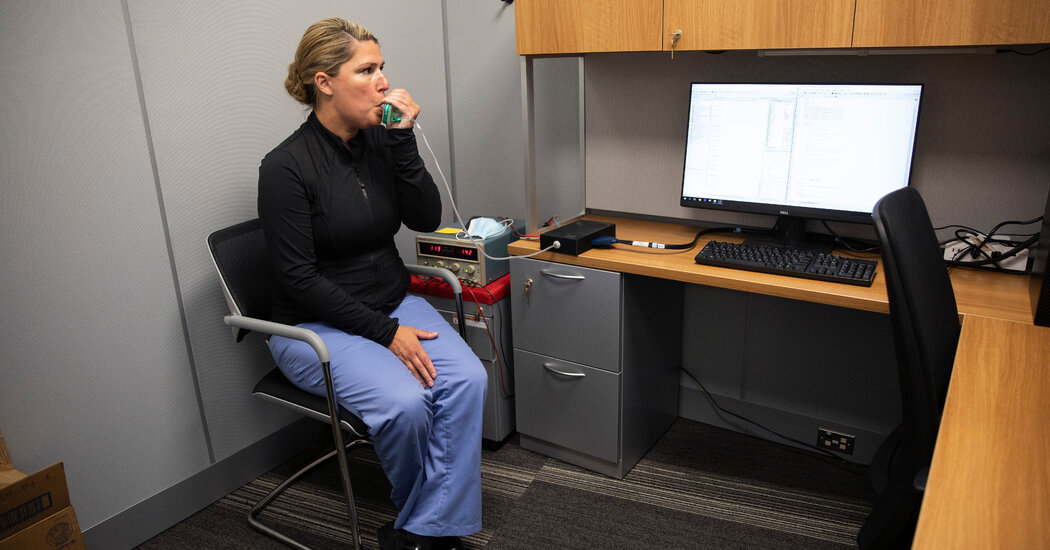 Scientists have long been interested in creating portable devices that can quickly and painlessly screen a person for disease simply by taking a whiff of their breath. But delivering on this dream has proved to be a challenge. Different diseases may cause similar breath changes. Diet can affect the chemicals someone exhales, as can smoking and alcohol consumption, potentially complicating disease detection.

Still, scientists say, advances in sensor technology and machine learning, combined with new research and investment spurred by the pandemic, mean that the moment for disease-detecting breathalyzers may have finally arrived.

“I’ve been working in the area of breath research for almost 20 years now,” said Cristina Davis, an engineer at the University of California, Davis. “And during that time, we’ve seen it progress from a nascent stage to really being something that I think is close to being deployed.”

In May, when musicians from dozens of countries descended on Rotterdam, the Netherlands, for the Eurovision Song Contest, they had to pass a breath test before they were allowed onstage. The musicians were asked to exhale into a device the size of a water bottle called the SpiroNose, which analyzed the chemical compounds in their breath to detect signatures of a coronavirus infection. If the results came back negative, the performers were cleared to compete.

The SpiroNose, made by the Dutch company Breathomix, is just one of many breath-based coronavirus tests under development across the world. In May, Singapore’s health agency granted provisional authorization to two such tests, made by the domestic companies Breathonix and Silver Factory Technology. And researchers at Ohio State University say they have applied to the U.S. Food and Drug Administration for an emergency authorization of their coronavirus breathalyzer.

“It’s clear now, I think, that you can detect this disease with a breath test,” said Paul Thomas, a chemist at Loughborough University in England. “This isn’t science fiction.”