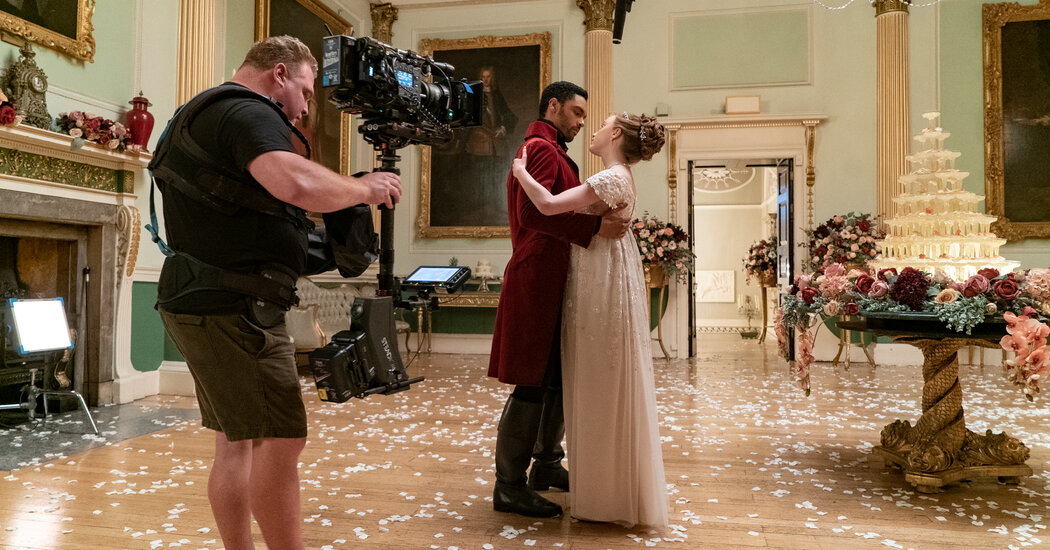 Amid a rapidly spiking Delta-driven surge of coronavirus cases in Britain, the second season of the Netflix series “Bridgerton” halted filming for the second time in three days, after someone involved with the production tested positive for the coronavirus.

A spokeswoman for Netflix declined to identify whether it was a cast or crew member who had tested positive, but said the individual was now isolating. Production on the popular Regency-era drama, which is set and filmed in the United Kingdom, has been paused indefinitely, Deadline first reported on Saturday.

Filming on the show, which is based on Julia Quinn’s romance novels, was halted for the first time on Thursday for 24 hours after a crew member tested positive. Everyone working on the series was tested, and no cast members were affected. Production had resumed on Friday before being paused again.

The first season of “Bridgerton,” the first original series for Netflix by Shonda Rhimes’s production company, was a hit with both fans and critics. Netflix reported that 82 million households watched the series in its first month following a Christmas Day release. The show follows the drama of a courting season in 1813 London, with social machinations, scheming and scandal galore as high-society families contrive to pair off their young eligibles.

It was also nominated for 12 Emmy Awards last week, including a nod for Regé-Jean Page, who played the Duke of Hastings Simon Bassett, in the leading actor in a drama category. There is no release date yet for the second season, but filming began in May.

A Covid-19 surge has also been shutting down London’s West End theaters after members of productions like “Hairspray” at the London Coliseum and “Romeo and Juliet” at Shakespeare’s Globe Theater tested positive earlier this month.

Despite a rise in cases that has driven England’s daily average to 35,388 — almost double the level just two weeks ago — the government has been pushing ahead in its bid to reopen. Virtually all social distancing and mask requirements will be removed in England on Monday.