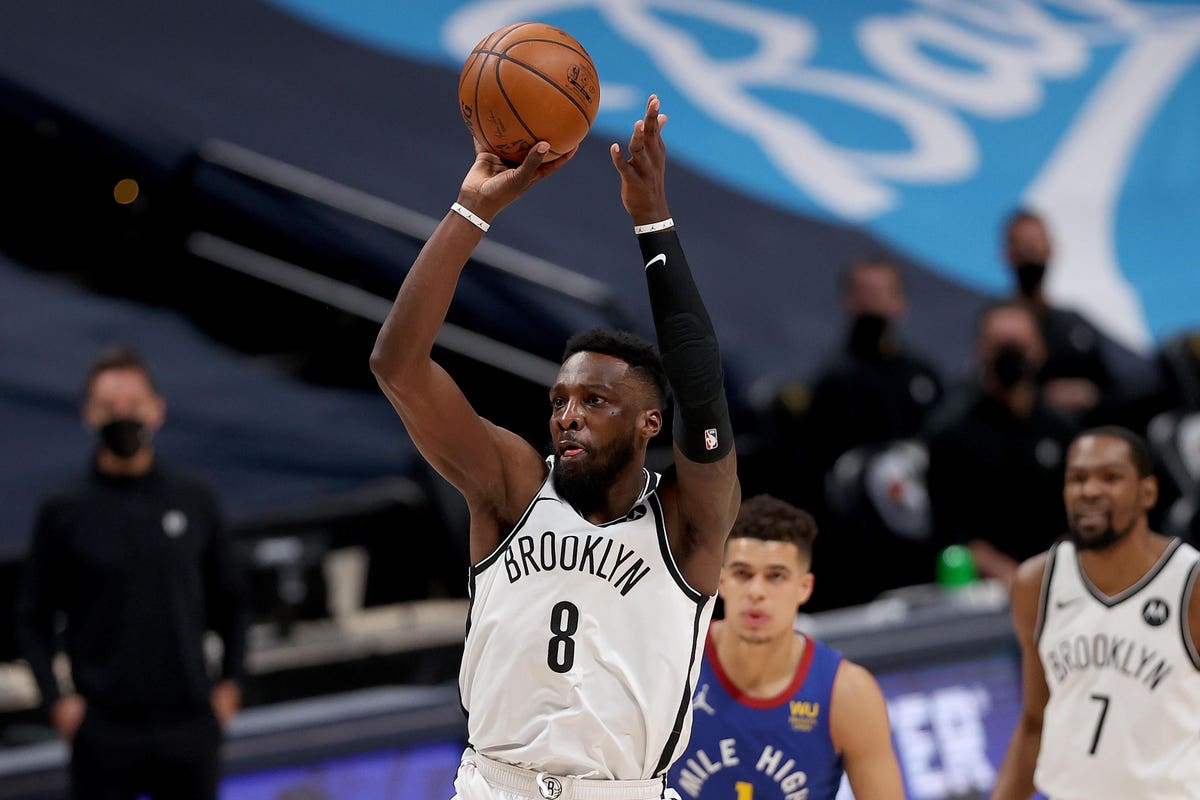 Maybe they had a spirited debate about rats and raccoons at halftime.

Maybe Steve Nash, James Harden or Kevin Durant ripped into the team in the locker room.

Maybe they were simply sick and tired of losing.

Whatever the case, the Brooklyn Nets flipped a switch — and finally got back in the win column. After trailing by as many as 21, the Nets shot 74.2 percent in the second half while holding the Denver Nuggets to 15 points in the fourth quarter.

It all added up to a desperately-needed, 125-119 come-from-behind victory that snapped a four-game losing streak.

Durant (33 points) scored Brooklyn’s final nine points, and the Nets held MVP favorite Nikola Jokic (29 points) to 0-for-3 shooting in the final minute. Denver being on the second half of a back-to-back, and missing Aaron Gordon and Jamal Murray certainly helped.

“They just played hard as hell. They fought, scrapped,” Nash told reporters. “A lot of things have to go right, but when you play hard, you cover up mistakes and give yourself an opportunity.”

The last time that the Nets faced the Nuggets — on Jan. 12 — they were going through plenty of adversity. Everyone remembers: Kyrie Irving, out for personal reasons, jumped on a campaign Zoom call featuring Cynthia Nixon.

It was two days after Irving attended a family party without wearing a mask, and two days before Brooklyn’s blockbuster trade for Harden became official.

A lot has happened ever since. But both times, the Nets came away with a much-needed victory over Denver. Red-hot Philadelphia (47-21, eight-game winning streak) and Milwaukee (43-24, five-game winning streak) remain the top two teams in the Eastern Conference. It may stay that way. Even so, Brooklyn (44-24) is still in the mix.

Kyrie Irving has posted 38, 45 and 31 points in his last three games. Blake Griffin erupted for 16 of his 20 points in the third. Jeff Green added 15 off the bench. Brooklyn wraps up the road portion of its regular-season schedule on Tuesday in Chicago.

The Nets allowed 71 points in the first half. At one point, Durant expressed his frustrations toward Joe Harris. Harris wasn’t ready for a pass from Durant, which led to an easy bucket at the other end. The Nuggets were hitting everything then. Nash was annoyed that the refs weren’t acknowledging his timeout request.

In the second half, everything changed. Brooklyn started bringing more intensity to the defensive end. Containing Jokic proved to be a team effort. Must’ve been the rat versus raccoon debate — the same one New York Mets middle infield partners Francisco Lindor and Jeff McNeil had in Queens. Had to be. Or something like that, anyway.